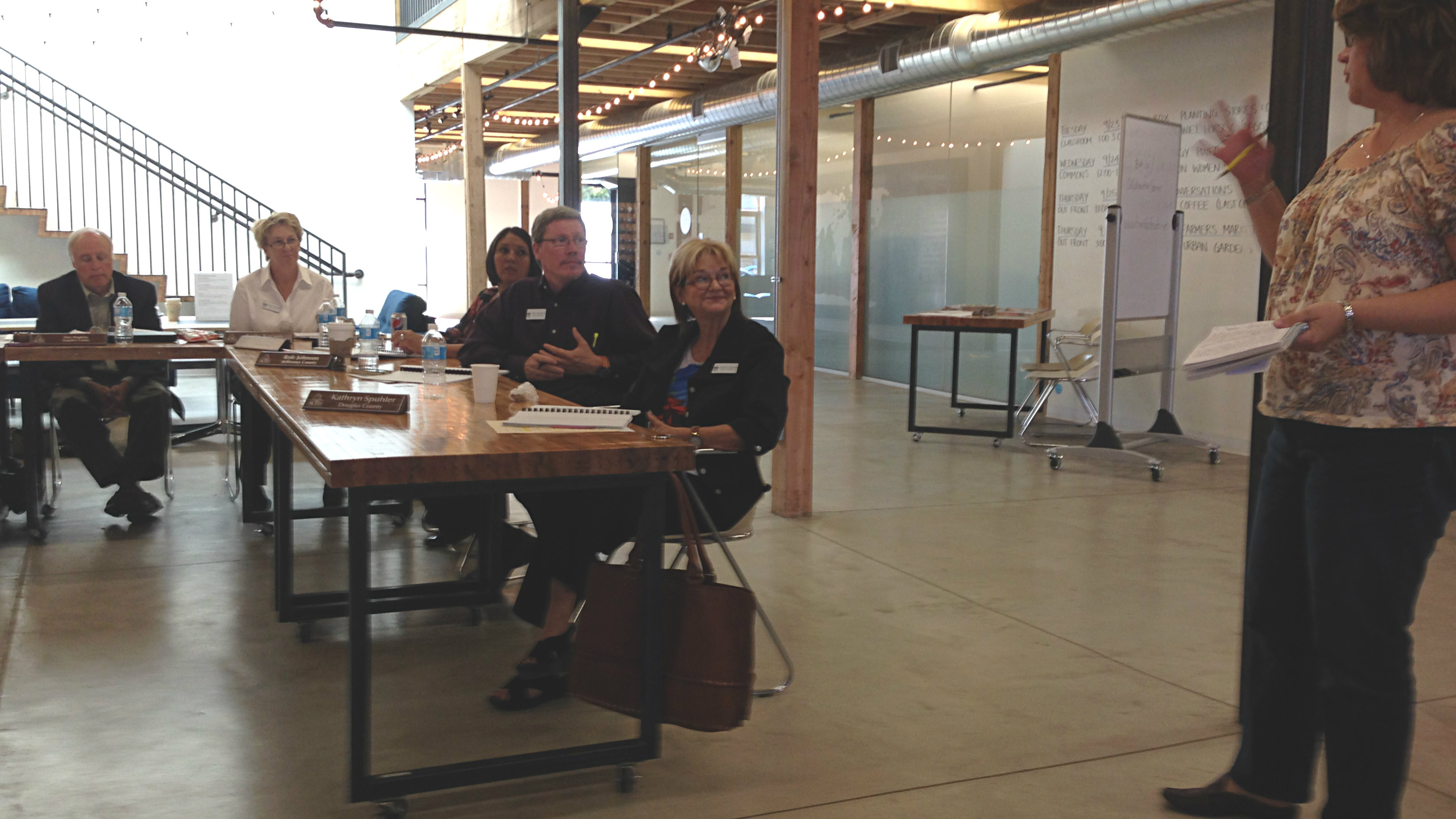 (Photo: CPR/Corey H. Jones)In 2014, the Scientific and Cultural Facilities District (SCFD) expects to distribute more than $45 million to institutions ranging from the Denver Zoo to the Boulder Chamber Orchestra.

But in a meeting last week, the SCFD board of directors revealed an operating budget shortfall that could impact the reauthorization of this cultural tax when it goes before voters in 2016.

Since 1989, SCFD has distributed revenue funds from .1 percent of sales and use tax -- totalling more than $800 million -- to hundreds of the metro area’s cultural organizations.

“It is a major source of funding for us to provide access and public programming for the citizens, so it is very important,” Denver Art Museum (DAM) associate director of communications Kristy Bassuener says.

In 2013, the museum received more than $6 million from SCFD. That’s about 20 percent of the DAM’s overall budget.

Since its inception, the district's coffers have grown so it has been able to distribute more funds to larger numbers of organizations across seven Denver metro area counties over the years. When it started, SCFD funded 170 organizations. The count is now up to around 270.

But the costs of administrating the grants have not kept up with this overall growth trend.

“It’s a lot more staff work to make those calculations for more organizations, so our workload has increased," SCFD executive director Peg Long says. "But the staff size has not increased.”

SCFD expects to administer around $51 million in grants in 2015, bringing the administrative portion of the budget to about $390,000. Long says that’s not enough to do the work her small team needs to do.

“That’s far short of being enough,” Long says. “Right now our expenses are just under $600,000, and that’s a very lean operation.”

The projected operating budget deficit of nearly $190,000 for 2015 would require eventually dipping below six months of reserves to balance the budget. Long says SCFD is not considering lowering staff salaries, and the office’s already tight budget means cutting expenses won’t be enough.

“There are some options out there, and we need to explore them,” Long says. “This office is not going to close. The organizations will continue to get their money.”

SCFD treasurer Hal Logan says one of the main reasons for this deficit is low interest rates, which have hovered just above zero since 2008 due to the recession. And while the rates could increase by a few percentage points in the coming years, Logan says this process would happen very gradually.

“I’d like to have just a little more room for comfort so that we can get through reauthorization,” Logan says.

The next reauthorization of the tax by voters is a huge priority for SCFD.

In 2016, voters will decide whether or not to approve another extension of the tax after voting “yes” in 1994 and 2004. As in the past, SCFD will soon have to dedicate resources to drafting legislation and paying lobbying fees to help push the bill through.

To address its financial issues, SCFD is considering rerouting a small percentage of grant money to help cover operational costs.

Currently, .75 percent of the total tax revenue goes towards covering the organization's overhead costs. Logan says this rate was intentionally set low to entice voters when SCFD was first launched in the 1980s.

“They wanted to convince voters that this extra tax revenue would be used efficiently and a vast majority of it would go back to the cultures,” Logan says.

SCFD’s administration fee is on a par with similar cultural tax districts such as in St. Louis and the greater Pittsburgh area. But others dedicate much more, like the Grants for the Arts in San Francisco, at around 4 percent.

And while a proposed increase in the administration fee would mean a decrease in the pool of grant money, SCFD executive director Long says it would only be slight.

“It would be imperceptibly felt by organizations as long as it’s a reasonable increase, and believe me it will be,” Long says.

Anthony Radich, executive director of the Western States Arts Federation, advocates for the importance of funders having strong operating budgets. He adds that the public is increasingly interested in accountability when it comes to tax dollars.

“If you want to be accountable for the expenditure of millions in funds you have to have people who know what they’re doing, who have systems that are up to date and have the time to check in on the proper allocation and use of funds,” Radich says. “And if you don’t, that is a problem.”

Arts organizations, including previous grant recipients and those striving to make the cut, are watching as the SCFD board considers its course of action. An SCFD committee will soon begin conducting research among its consitutents to help determine the best course of action. The committee plans to present its findings by spring of 2015.

But David Taylor is one artist who is concerned that taking any amount from future grant pools could hurt the metro area's cultural organizations. Taylor is artistic director of Denver’s Zikr Dance Ensemble, which is currently reapplying for SCFD funding after receiving none for this year.

“Any sort of deficit or cutback in funding, you know, affects us all," Taylor says.