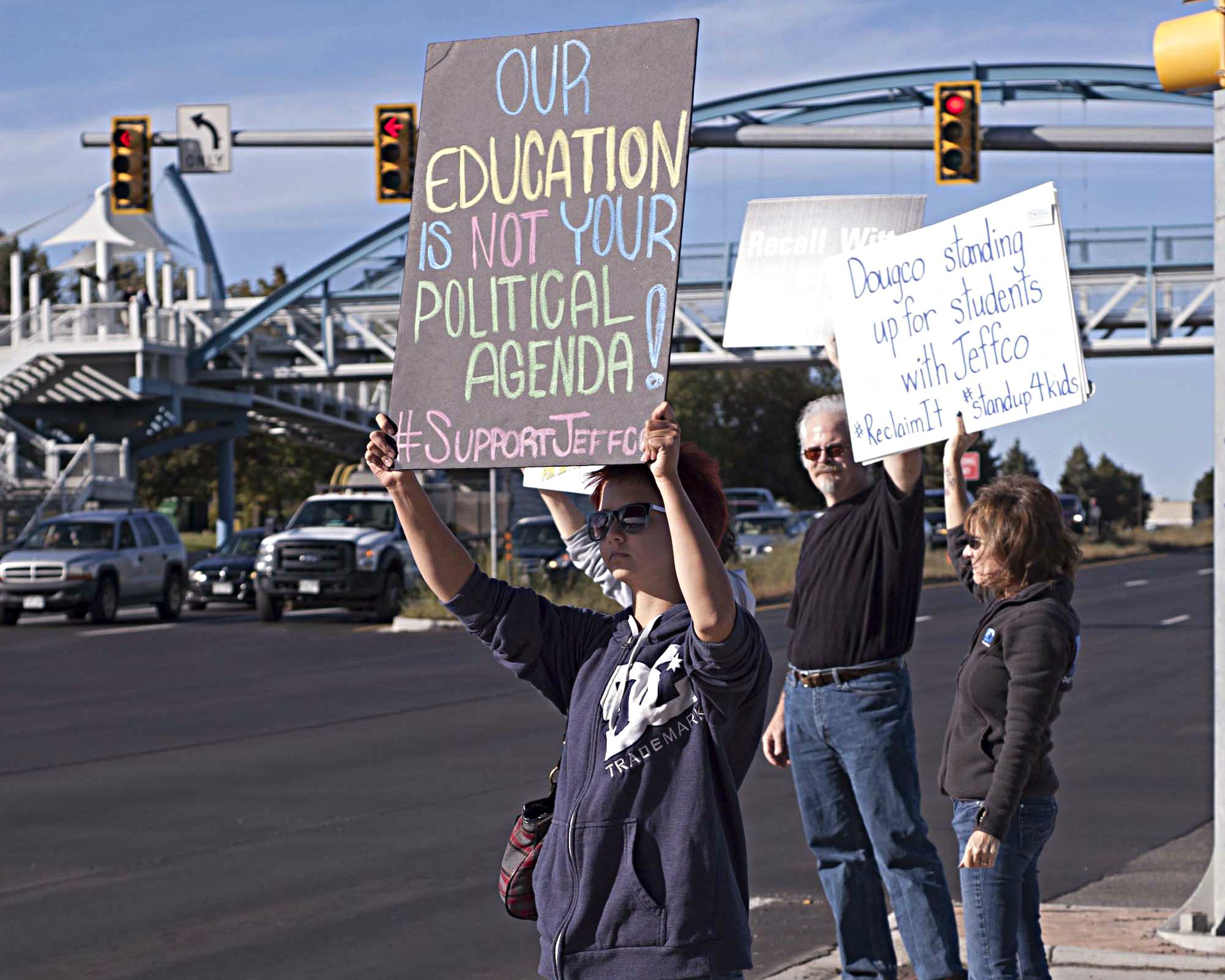 (Photo: For CPR/Patrick Fort)Protests against the Jefferson County School Board continued Friday as hundreds of people lined Wadsworth Boulevard in the late afternoon.

Kendahl Lambert, a senior at Columbine High School, was protesting near Bowles and Wadsworth with more than 100 others.

She's unhappy the school board Thursday night approved a committee to review curriculum. Hundreds of people attended the meeting with most people voicing opposition to the review committee. The vote, however, was on a new proposal put forward by Superintendent Dan McMinimee. It's significantly different than an earlier version that sparked weeks of protests in the district.

"The school board disrespected and disregarded a lot of what not only students but the community had to say," Lambert says.

The conservative board majority says the committee will engage the community on what’s being taught in the classroom but opponents fear aspects of courses like Advanced Placement U.S. history that the committee may not like, could be dropped.

He says teachers are doing their best to keep the school board turmoil out of the classroom.

"But outside of the classroom, there's a lot of frustation," Stanton says, adding more and more teachers are looking for jobs outside the Jefferson County.