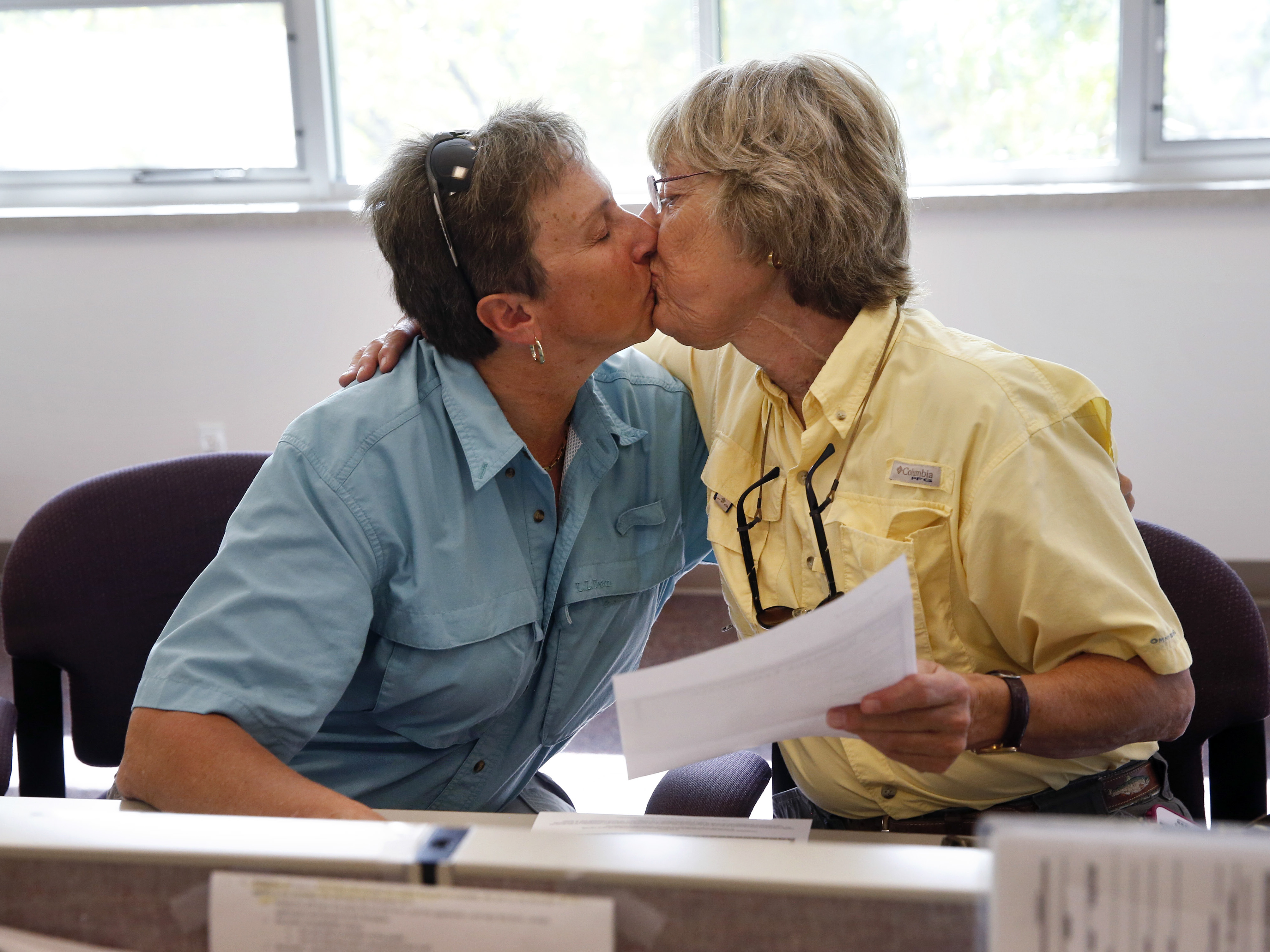 County clerks in Colorado were given the go-ahead to issue marriage licenses to same-sex couples on Tuesday morning.

“There are no remaining legal requirements that prevent same-sex couples from legally marrying in Colorado," Attorney General John Suthers said in a statement. "Beginning today, Colorado’s 64 county clerks are legally required to issue licenses to same-sex couples who request them."

Suther’s announcement came less than an hour after the state Supreme Court took action to end the case against Colorado’s gay marriage ban. At the request of all parties, the justices dismissed an appeal to a lower court ruling that struck down the law as unconstitutional.

A number of clerks had already started handing out licenses before the court’s action. Now the rest of the state will join them. 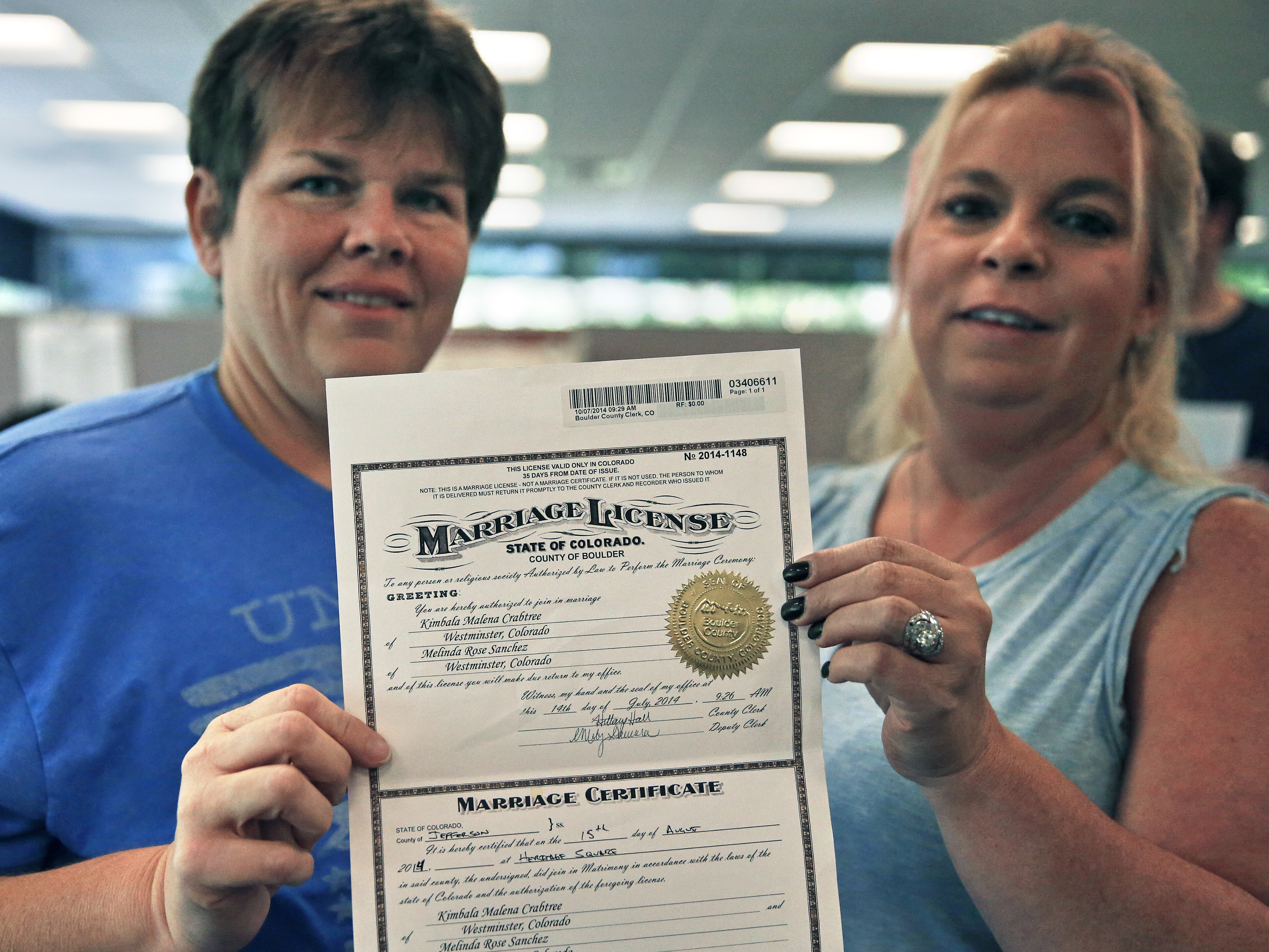 "40 years ago, Clela Rorex issued the first same-sex marriage license in the United States," said Denver Clerk and Recorder Debra Johnson, referring to the former Boulder County clerk. "I am humbled to carry on her torch and continue the legacy of standing on the right side of history, and behind every Colorado family."

Wendy Howell, who heads the group Why Marriage Matters Colorado, says achieving gay marriage is a milestone for the state, but not the end of the story.

"As excited as we all are, and we are ecstatic, we also know that the fight is not over," she says. "There are many other states that still await the freedom to marry. Even as Colorado celebrates, there are many states who cannot yet."

The U.S. Supreme Court set Tuesday’s events in motion on Monday when it refused to hear appeals to a 10th Circuit Court of Appeals ruling that applies to Colorado.

The state has developed a gender-less marriage license, but it does not appear to be available yet in all clerk’s offices.