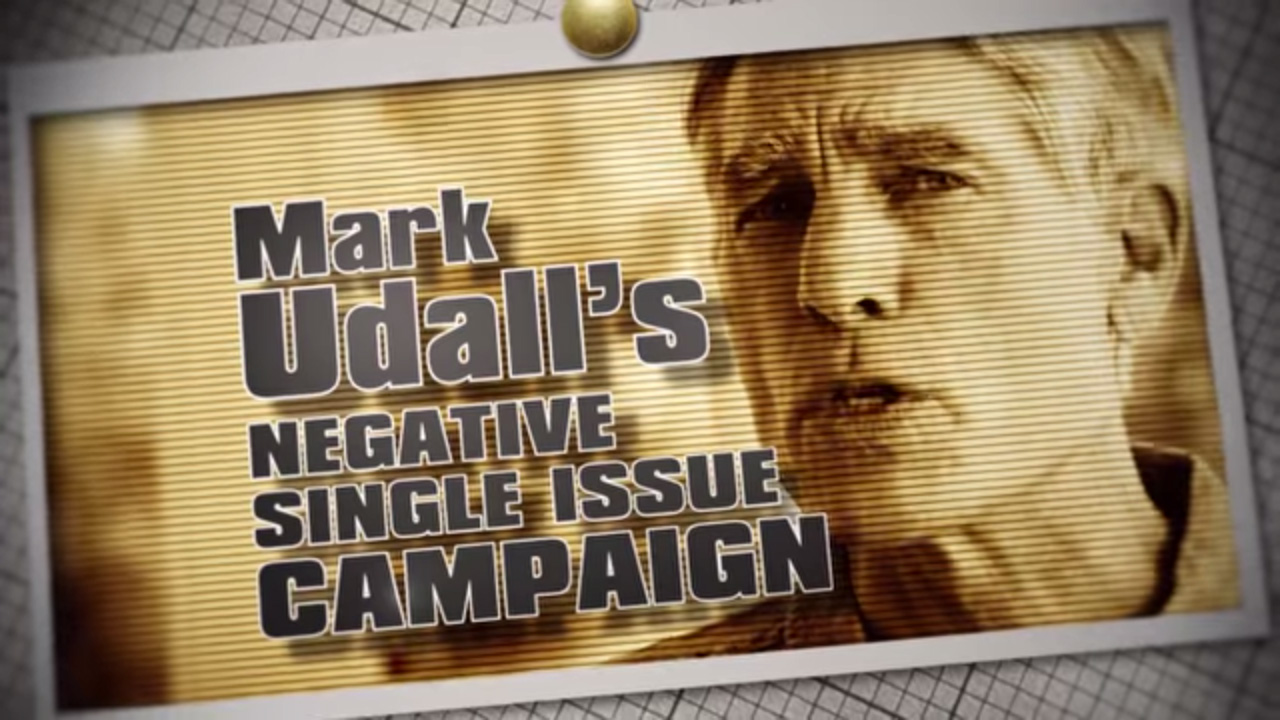 But Democrats have scheduled 10,000 more ad spots than opponents, according to an analysis of filings through Oct. 10 with the Federal Communications Commission.

Here’s a look at ad spending and number of spots by affiliation:

GOP ahead in spending

Outside groups are spending heavily on the U.S. Senate race, and boosted Republican numbers last week.

Udall has the upper hand in terms of number of ads – more than 15,500 already aired or scheduled to air. That’s because candidates get cheaper air time than outside groups such as Crossroads or the Chamber.

Udall is getting outside help too. The League of Conservation voters added $605,000 in contracts last week – but more than half of that was taking over contracts originally signed by the Committee for Justice and Fairness (more about that later). Meanwhile, AFSCME took over almost $366,000 in contracts from the Senate Majority PAC.

Here’s a look at ad buys by advertiser:

None of those contracts had been cancelled by the end of Friday, and even if they were, the DCCC would still have spent more than $1.5 million supporting Romanoff, while the House Majority Project had contracts for more than $1 million.

Lamborn hasn’t scheduled any ads for the general election, but his Democratic opponent Irv Halter has scheduled 171 spots for more than $70,000.

The withdrawal of the Committee for Justice & Fairness, an arm of the Democratic Attorneys General Association, is bad news for Democratic attorney general candidate Don Quick. He hasn't scheduled any TV advertising yet, and his opponent, Republican Cynthia Coffman has contracted for only three ads in Colorado Springs.

But the Republican Attorneys General Association is airing ads attacking Quick that are part of $2 million in contracts.

Here’s a look at ad spending by statewide candidates:

Udall and Gov. John Hickenlooper have been purchasing ads in the Durango and Farmington markets.

But Priorities appears to be spending on ads that will air statewide in New Mexico, in part because Colorado stations don’t reach the southwest part of the state. That Democratic group is supporting McLachlan in a race that the Durango Herald reported is the most expensive House race in the state.

Denver clearly dominates Colorado’s ad market, but Colorado Springs and Grand Junction markets are also benefitting from the 2014 midterms. Here’s a look at spending by market: