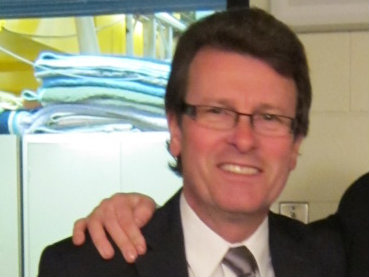 Minnesota composer Stephen Paulus died Sunday of complications from a stroke he suffered last year. He was 65.

“He was an ardent advocate and mentor to many young composers, co-founding the American Composers Forum in 1973, the largest composer service organization in the world,” the magazine wrote.

His ability to write for the human voice made him especially popular. Commissions came from choirs such as the Robert Shaw Festival Singers and the Dale Warland Singers, and solo artists Thomas Hampson and Deborah Voigt among others. Paulus created what would become signature works for them.

"He knew the potential for vocal colors, extreme registers, you name it, he just had that skill to bring something that really became part of our diet, every concert practically," Warland said.

Locally, the Boulder Daily Camera notes the Boulder Chorale will perform his piece “We Sing Thy Birth” on Dec. 13 and 14.

Paulus’s music has been a regular feature on Sacred Classics and is sure to remain a staple in the worldwide choral repertoire.

Tune in Sunday morning between 6 and 10 a.m. for a special tribute to Stephen Paulus on Sacred Classics.