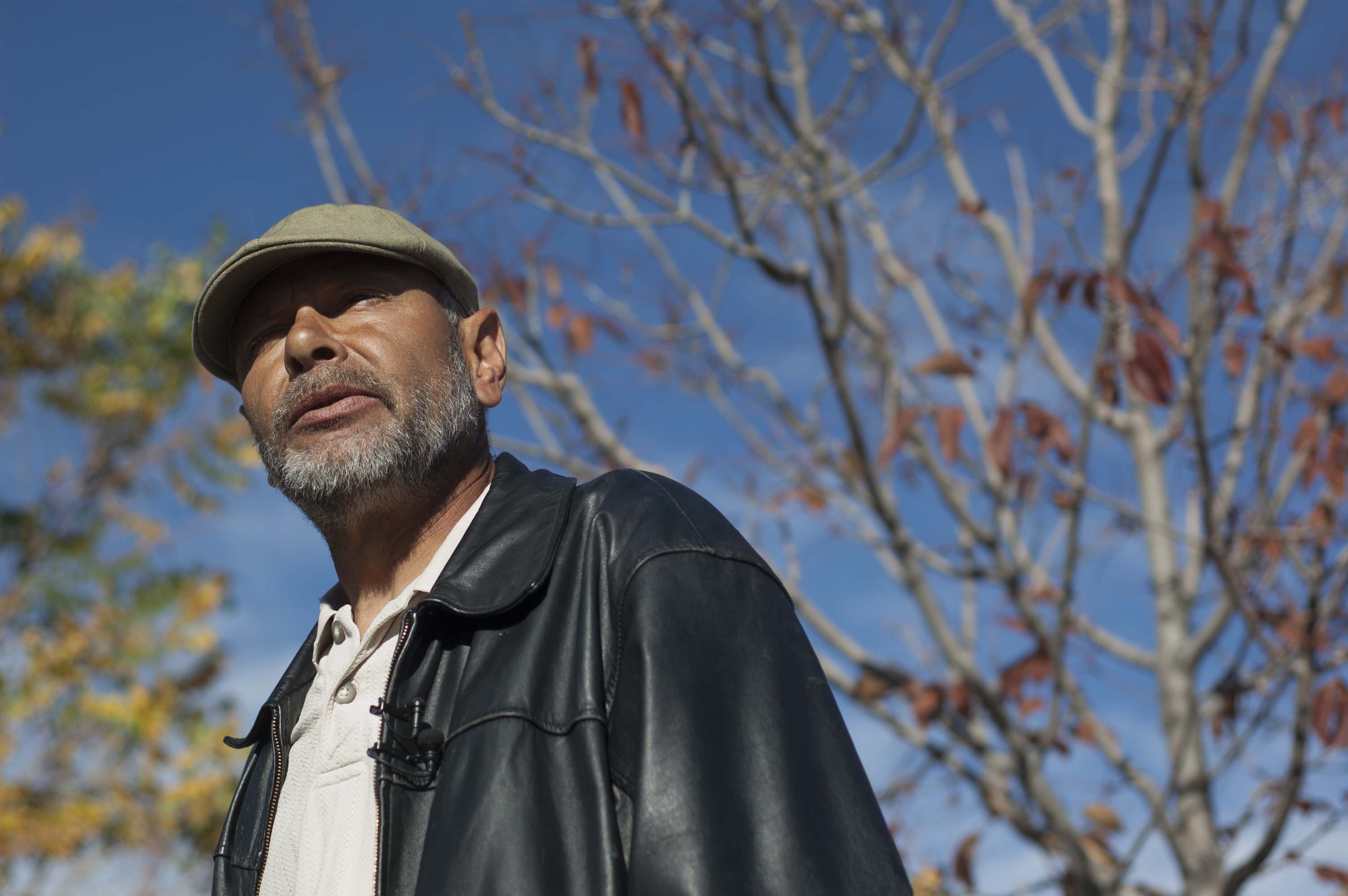 (Photo: For CPR/Patrick Fort)Current and former detainees at the immigrant holding center in Aurora are suing its owner, the GEO Group, accusing the private corrections company of violating labor law by forcing detainees to work for little or no pay.

Alex Menocal, the lead plaintiff in the case, was sent to the facility after being pulled over for a traffic violation. Menocal, who says he is now a lawful permanent resident of the U.S., spent 97 days in the facility where he says he was pressured to work for next to nothing.
“Every night I would tell the guards, ‘another day, another dollar,’” Menocal said at a press conference announcing the suit Thursday morning. “Every day, I would wake up at 5 a.m. to set up and serve the meals for approximately 50 detainees. Then I would hand out brooms, mops and cleaning supplies to the detainees so they could do their cleanup after the meal.”
But Brandt Milstein, one of Menocal’s lawyers, challenges the idea that the program is voluntary.
“Inside this facility, GEO forces people who are detained there to work, to clean the facility under threat of solitary confinement for any refusal to do so,” Milstein says.
The GEO Group operates 52 different facilities in the United States, and has faced class-action lawsuits on various subjects as recently as 2012. The company came under national scrutiny when the Southern Poverty Law Center brought a case against it in Mississippi, alleging a series of violations including inadequate medical care, extreme cases of isolation, violence against inmates and sex between female guards and male inmates.
Editor's Note: due to an editing error, an earlier version of this story said that Menocal is now a US citizen. He is currently a lawful permanent resident.