In the end, the race wasn’t even close. For months polls showed Gardner in a dead heat with Udall. But only an hour after voting ended, media outlets started calling the race for Gardner 51-percent to 45-percent.

For his part, Gardner said the message voters sent was to get work done in Washington, D.C.

"Tonight, we commit ourselves to building a government we can be proud of again," Gardner said in his victory speech.

It’s been 12 years since a Republican won a major statewide office. That changed in a big way when Gardner stepped up to the podium last night.

"As Republicans in Colorado, we’ve gotten used to the saying, ‘wait until the next election.’ Well, I’ve got news for you. That next election? It finally happened," he says.

GOP strategist Dick Wadhams told CPR News' "Colorado Matters" that Gardner is a "dynamic, new, young" that Republicans can use to build "frankly, a new republican party around him."

If Gardner had lost, Wadhams said, "I think it would've really raised a question: 'Is Colorado competitive anymore at a statewide level?' Cory Gardner answered that question last night."

In his concession speech, Udall said he respects the will of the voters. He recalled a speech his father, a U.S. representative, gave decades ago: "The voters have spoken, the blankety-blanks."

Udall said his staff would work with Gardner's in coming days to ensure a smooth transition. 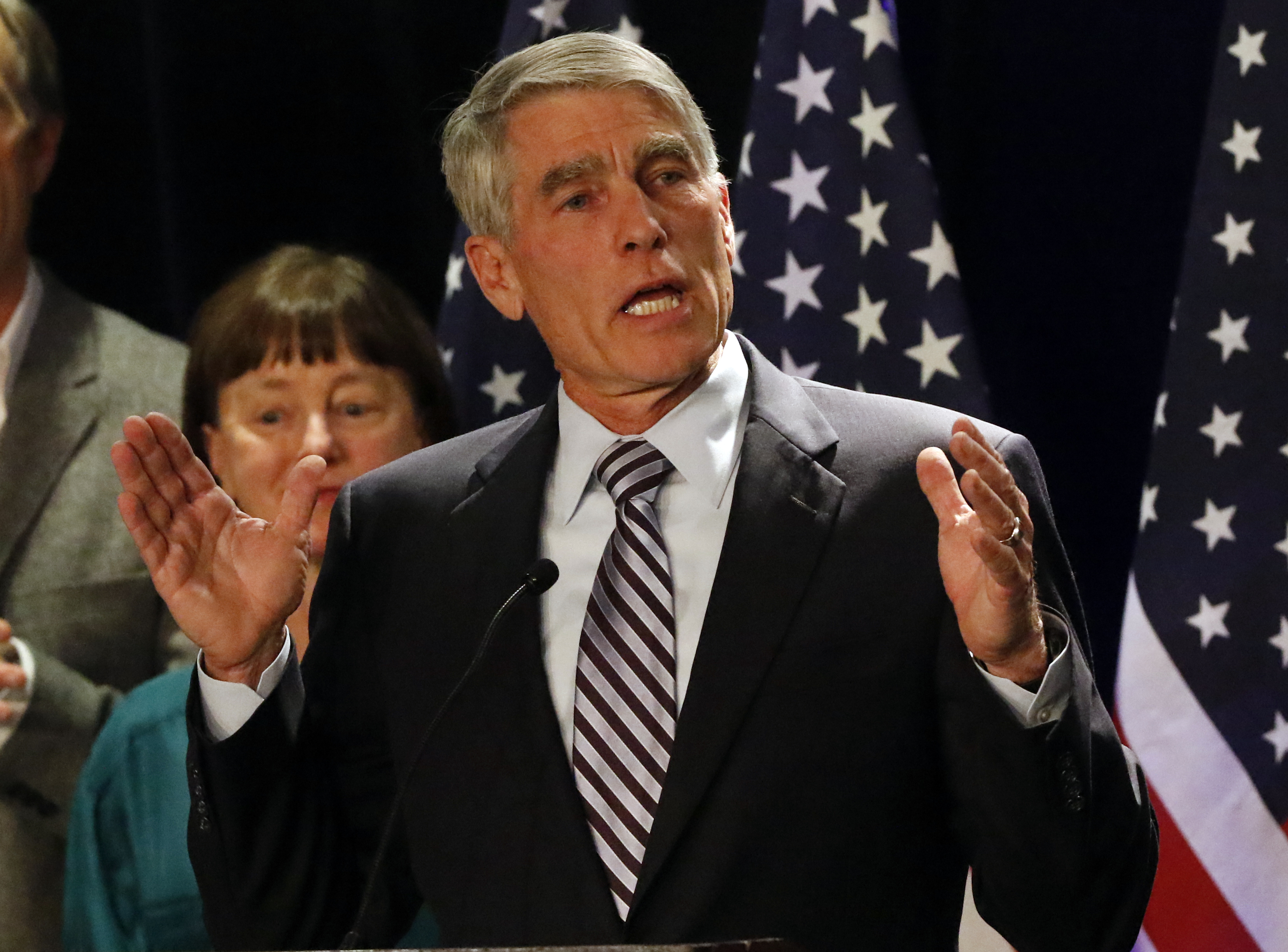 (AP Photo/Jack Dempsey) "Thank you for your love, compassion and support. It's been the greatest privilege of my life to be a U.S. senator from Colorado," Udall says.

Udall was running in a tough year.

Craig Hughes, who was campaign manager for Democratic Sen. Michael Bennet in 2010, told CPR News' "Colorado Matters" that the "influx of outside money" made reproductive issues a much larger point of Udall's campaign.

Nationally, at least seven Senate seats flipped from blue to red. Voters are frustrated with incumbent politicians and unhappy with the Democrat in the White House. Because of that, political analysts like Eric Sondermann have long predicted this would be a Republican wave election.

"We just didn’t know if it was going to be a ripple or a tsunami," he says. "This was close to the tsunami."

Sondermann, who’s spent decades working on public policy issues in Colorado, says in the face of that tsunami, there was little Colorado Democrats could do to turn the tide. Democrats here have long relied on sophisticated voter turnout operation to give them the edge in unfavorable years. But that effort can only do so much to counter strong voter sentiment.

And Republican campaign consultant Katy Atkinson believes there was something more in play this year.

Atkinson says for the past decade, the Colorado GOP has had an image problem.

"Republicans didn’t have the credibility to carry a message. Voters were more than willing to believe any kind of negative attack that was leveled against a Republican. And I think that’s changed this year," she says.

Atkinson points out that Republicans won up and down the ticket. They picked up seats in the state House and Senate, although several of those races remain too close to call. Analysts say this year’s GOP victories cement Colorado’s status as a swing state. Ken Buck became Colorado’s only new member of Congress last night, winning the seat given up by Cory Gardner. Buck cautioned supporters that Colorado could always swing back.

"Let’s not miss the message that’s being sent tonight to Republicans - Americans have given us a two-year contract," Buck says. "And we’d better get this right."

But as jubilant Republicans streamed out of their victory party late last night, they were definitely more focused on celebrating the end of this election than worrying what the next might bring.