Yonder Mountain String Band
Dec. 31 - Jan. 3, 2015
Boulder Theatre, Boulder
This neo-bluegrass band from Nederland celebrates New Year’s Eve at the Boulder Theatre for the fourth year running. The ensemble will be joined on stage by such guests as harmonica virtuoso John Popper, keyboardist Joey Porter and drummer Dave Watts from The Motet, and trumpeter Jennifer Hartswick and trombonist Natalie Cressman from the Trey Anastasio Band.

West Side Live! Presents: New Year’s Eve Concert with Westbrook
Dec. 31, 7:00 p.m.
Jefferson Unitarian Church, Golden
This ensemble of seasoned Colorado musicians ushers in 2015 with an evening of blues, funk and a variety of standards such as “Well You Needn't,” “Summertime” and “Girl From Ipanema.”

Torchlight Parade
Dec. 31, 6:00 p.m.
Purgatory Mountain Resort, Durango
This mountain resort sees in the new year with a glow as skiers wind down the mountain carrying torches while fireworks illuminate the sky overhead. The parade is followed by a dinner buffet and live music from rock band Black Velvet. 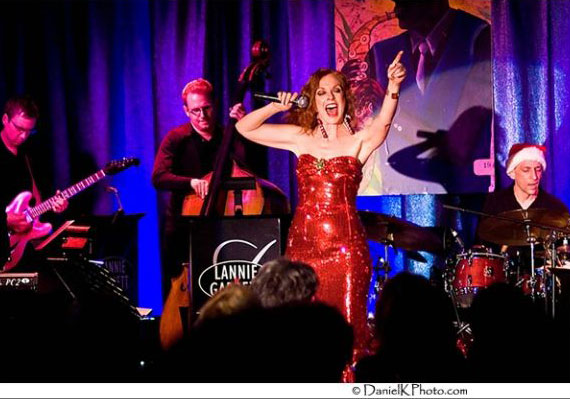 Bolder Acts “24 Hour Theatre”
Jan. 3, 7:00 p.m.
Nomad Theatre, BoulderFour teams made up of directors, actors and playwrights randomly drawn from this Boulder theater company’s ensemble and guests each have 24 hours to write, rehearse and produce an original short play. “Dual Dimensions”
Through Jan. 10, 2015
Niza Knoll Gallery, DenverHusband and wife Ned and Rosanne Sterne present this dual exhibition of their work. Rosanne addresses the possibilities of rhythm, dynamics and language in her watercolor paintings, while in his clay and bronze sculptural pieces, Ned explores three-dimensional forms. "Zero in Aspen"
Dec. 23 - Jan. 30, 2015
Gallery 1949, AspenThis exhibition showcases the work of the experimental German artists’ group Zero – artists who aspired to define a forward-looking vision in the aftermath of World War II. The show features works by Zero artists Heinz Mack, Otto Piene and Günther Uecker, as well as others influenced by the group’s compositions.