Colorado New Play Summit
Feb. 14 - 21
Ricketson Theatre & The Jones at the Denver Performing Arts Center, Denver
This annual celebration of contemporary theater features two weekends of new play readings, networking events and the world premiere productions of “Appoggiatura” by James Still and “Benediction” by Eric Schmiedl, a play based on a novel by Kent Haruf.

“Rabbit Hole”
Feb. 12 - 14
Moss Performing Arts Center, Mesa Experimental Theatre, Grand Junction
In David Lindsay-Abaire's Pulitzer Prize-winning drama, a couple has everything they could want until a life-shattering accident turns their world upside down, causing them to drift apart. 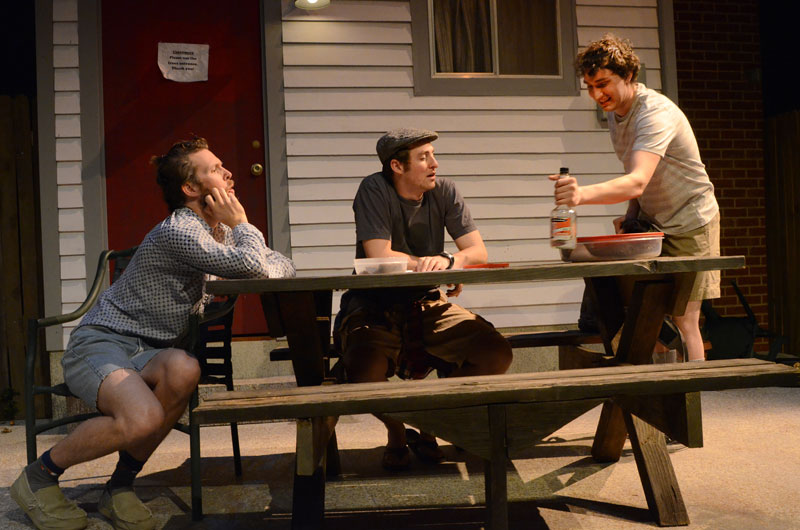 (Photo: Courtesy of Michael Ensminger)Boulder Ensemble Theatre Company presents “The Aliens”
Jan. 29 - Feb. 22
The Dairy Center for the Arts, Boulder
In this drama by Pulitzer Prize-winning playwright Annie Baker, two ageing dropouts and a high-schooler navigating the awkwardness of his teenage years hang out and talk behind a ramshackle Vermont coffee shop.

“Dispatches from Abend” & “From Ass to Skunk”
Feb. 13 - March 13
Abend Gallery, Denver
In this pair of “call-and-response” exhibitions, a group of artists create pieces inspired by the work of Colorado-based artist Nick Musaelian, who is well known for his highly detailed portraits and quirky situational paintings. Musaelian’s solo show “From Ass to Skunk” features paintings and woodcuts that spans the first five years of his career. The group show, “Dispatches from Abend,” includes artworks inspired by Musaelian’s output.