Mike Manes is a retired Navy veteran who lives near Littleton. The 71-year-old Vietnam-era pilot was on a business trip to Scotland a few years ago, when he had a heart attack. When he returned home, "I panicked because I felt like I was absolutely unable to breath," Manes says.

He's now on oxygen. Several tanks sit in the corner of his living room. Manes gets his health care from the Department of Veterans Affairs. Recently, he tried to set up an appointment with a pulmonologist. He was told he couldn't get in for 10 weeks.

He blames that wait on a bureaucratic glitch between the VA, his primary care doctor and the downtown VA in Denver where the pulmonologist works. About the wait, Manes says he's "disappointed, not necessarily frustrated, but somewhat disappointed." Eventually, he says he got in to see his doctor.

Last year, a national scandal rocked the VA over wait times at some facilities. The VA responded by releasing statistics about the timeliness of appointments at about a thousand facilities. The Associated Press crunched numbers from September of last year through this February, looking at appointments that took more than a month to complete. For 15 Colorado VA facilities, on average nearly 3.73 percent of appointments took more than a month to complete. That's higher than the national figure of just over 2.21 percent. 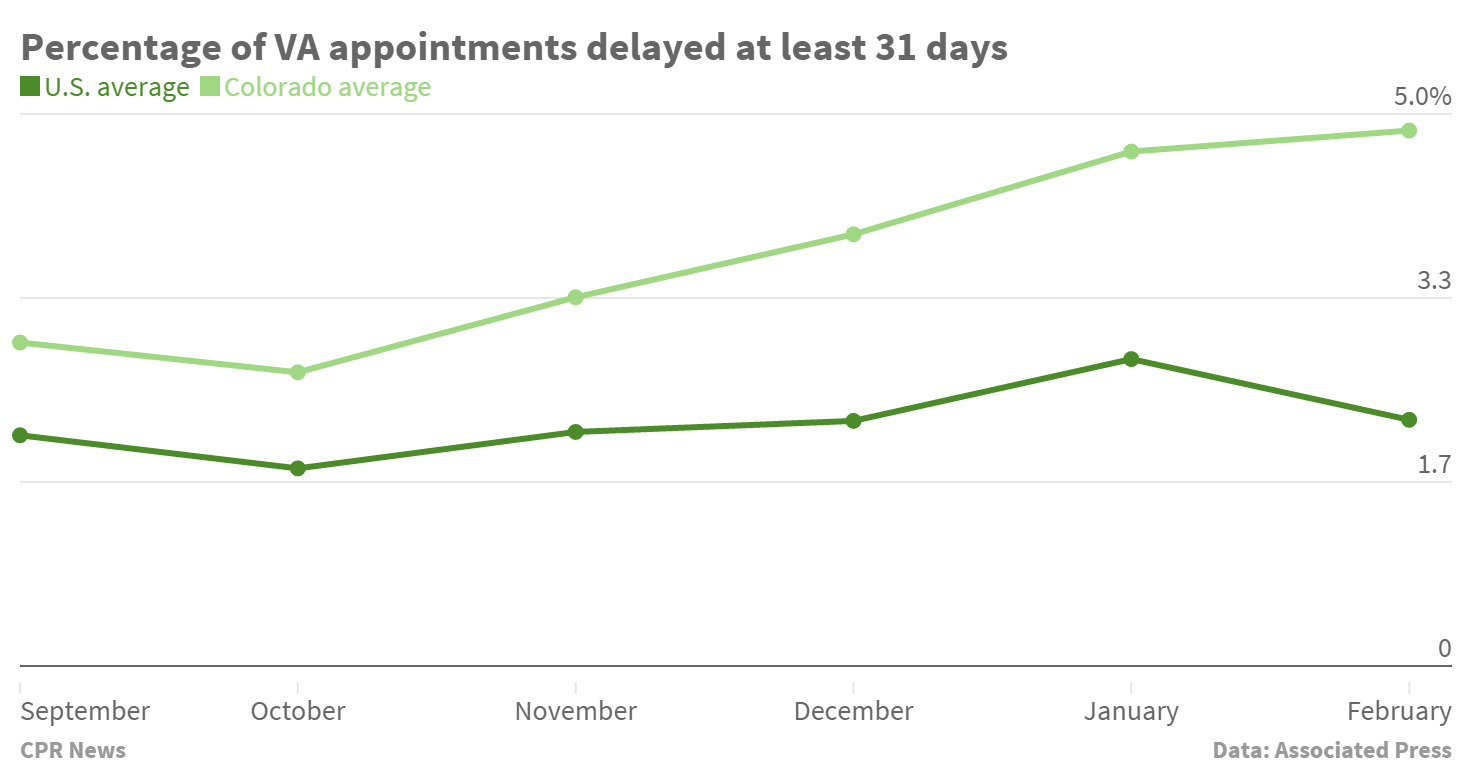 "We know we have access challenges in certain clinics, but in other clinics I think we're doing really well," says VA Public Affairs Officer Dan Warvi. He doesn't dispute the numbers, but says the VA compares favorably with the civilian health care system. He points to a recent survey that showed doctor wait times in general in Denver were among the nation's highest. Plus, he says due to more vets moving here, Colorado is the VA's third-fastest growing region.

Army veteran Matt Stys, 43, from Cascade, near Colorado Springs, says he had to wait two years to get an appointment for a mental and physical evaluation. He attributes the delay to a bureaucratic problem involving what's called a disability rating.

"It doesn't surprise me, but it is frustrating" to hear news of the wait time challenges in Colorado's VA health system, he says.  "There's so many veterans in the system and not enough people to work on these cases, not enough doctors." 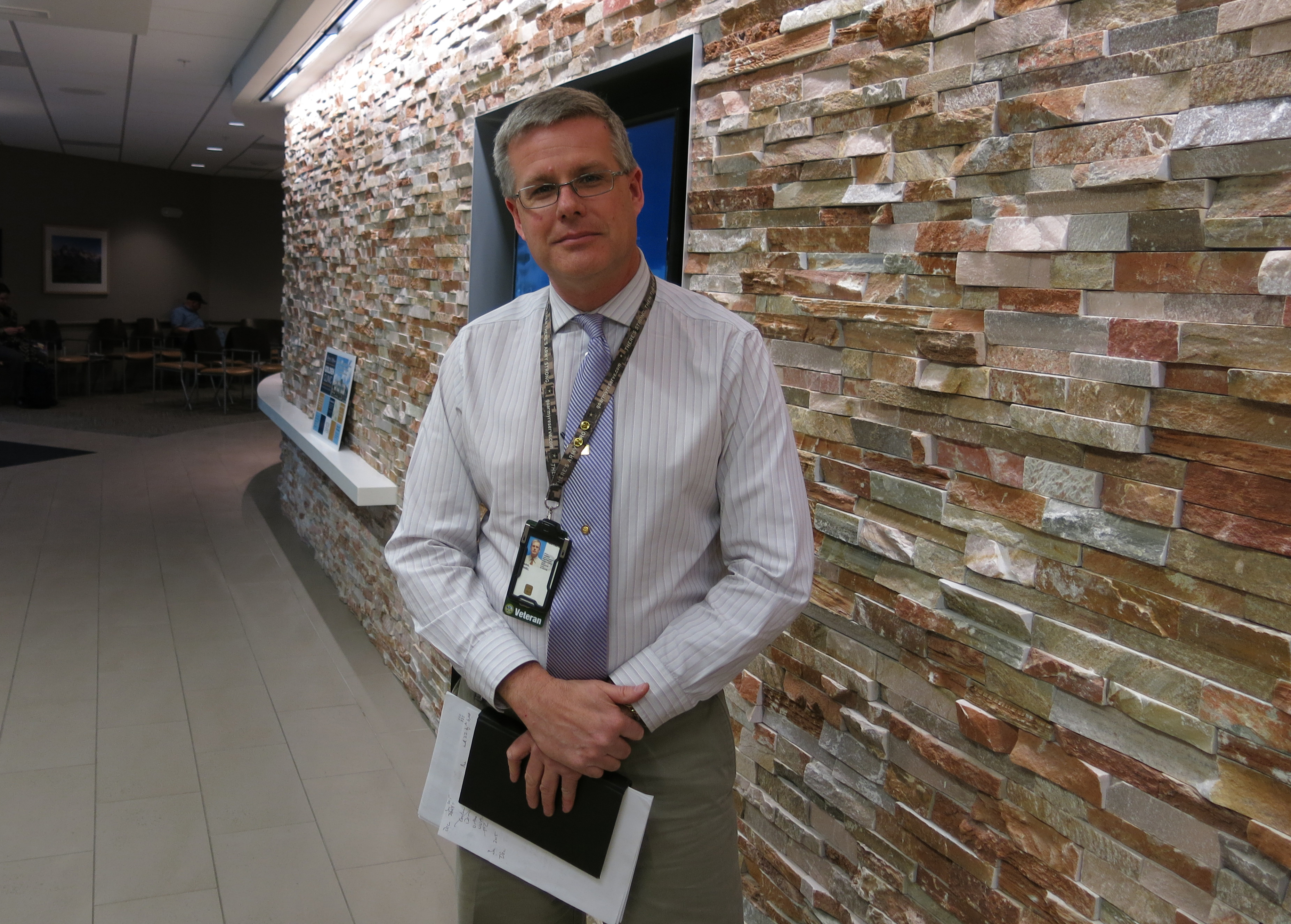 (John Daley/CPR News)"We haven't been able to staff up as quickly as we wanted to but we're working on it," Warvi says.

"The VA and the bureaucracy can only do as much as what they're funded to do," Manes says. And funding the Department of Veterans Affairs is not up to the VA, he says, but to Congress.