Holmes has admitted to killing 12 people at a midnight screening in July 2012. But he has pleaded not guilty by reason of insanity.

Both the prosecution and the defense have focused on the contents of the notebook to argue their case. Below, a few images from the notebook:

On page 49, Holmes maps "Cinemark 16", the location of the shooting 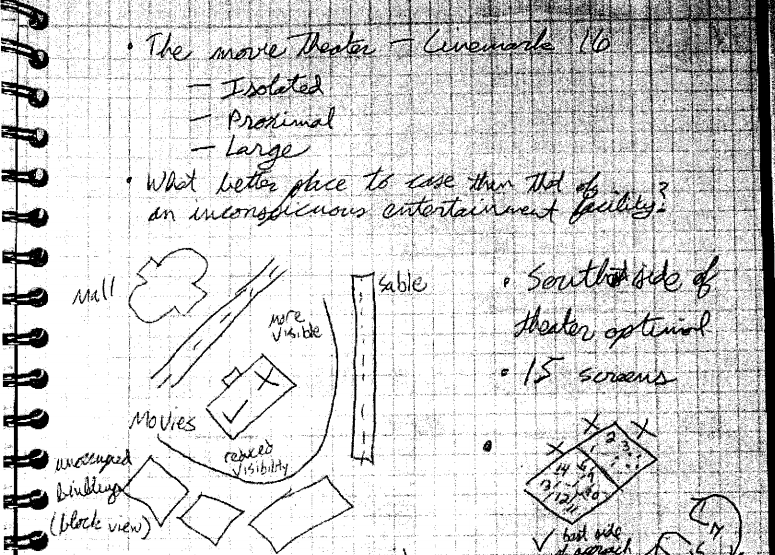