Mark Drillings is a self-employed Denver chiropractor, so he’s used to dealing with insurance forms. But he got a surprise when he went online to enroll for health insurance with Colorado’s exchange, Connect for Health.

The system showed an error in his monthly premium: $800 a month for him and his wife.

"It was shriek, filthy-words-in-the-shower-time," he said.

Drillings tried to fix it, but his application got stuck in limbo for two months. 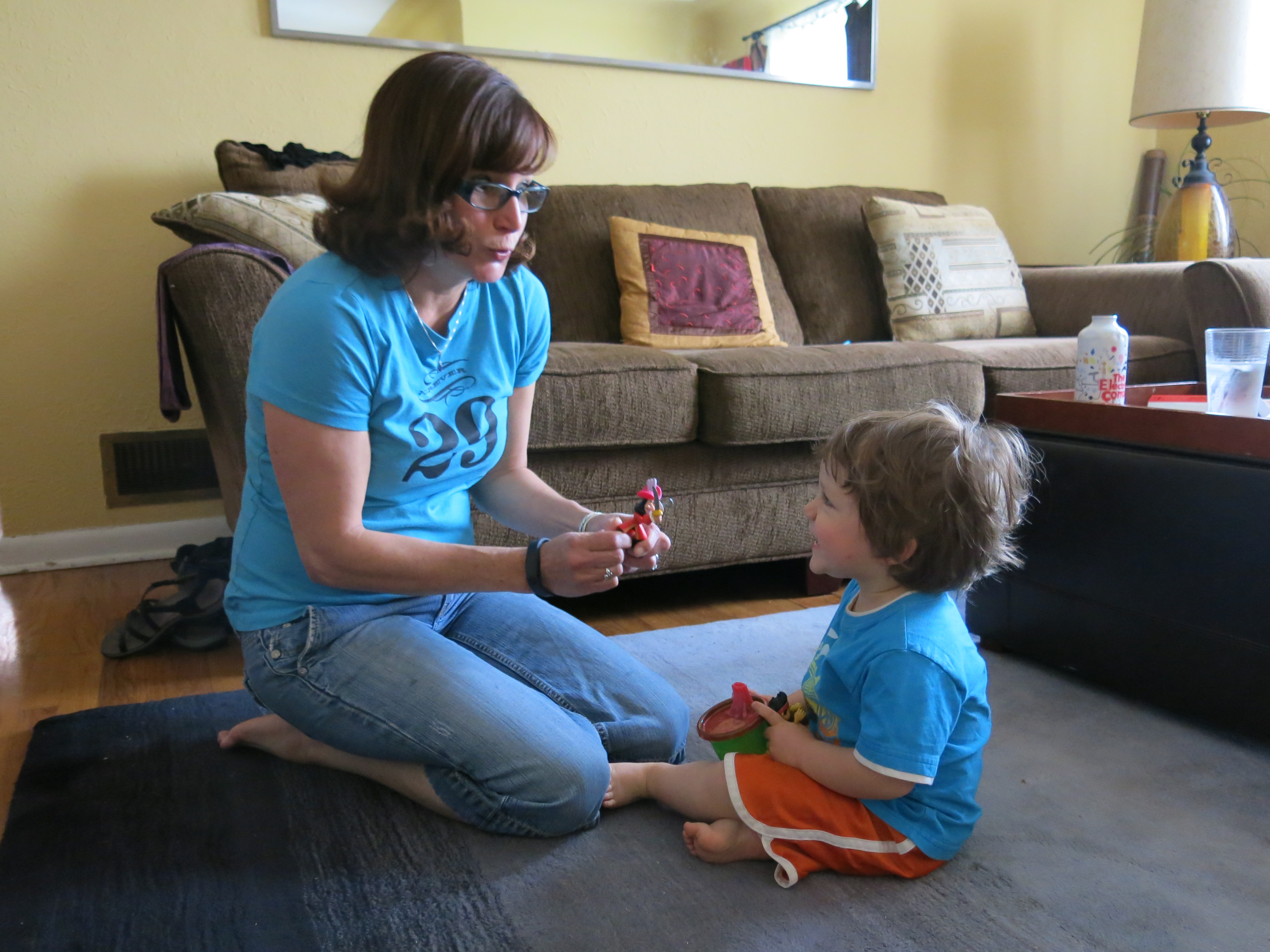 (John Daley/CPR News)"You enter bureaucratic hell where no one can figure out what's wrong, how to fix it, or who to even talk to get it done," he said.

Eventually, he did enroll in a plan he liked, for about $300 a month. But sorting it out took "at least 50 hours," Drillings said.

But his signup experience was nothing like Tamera Sakotas' experience: Hers was easy.

As Sakotas played with her 2-year-old son Gavin in her Denver home, she explained her experience. She, too, is self-employed. She signed up herself, her husband and son last year. This year, she renewed with no problems.

"It's just been really easy, they helped me find the plan," said Sakotas. "It rattled me how easy it was, to be perfectly honest, because you hear so much contention and the politics surrounding this."

He admits those stories have damaged the exchange's reputation. "I think it's fair to say we do have a slight hit to the brand," said Patterson.

However, his predecessor, Gary Drews, said the exchange has done well. 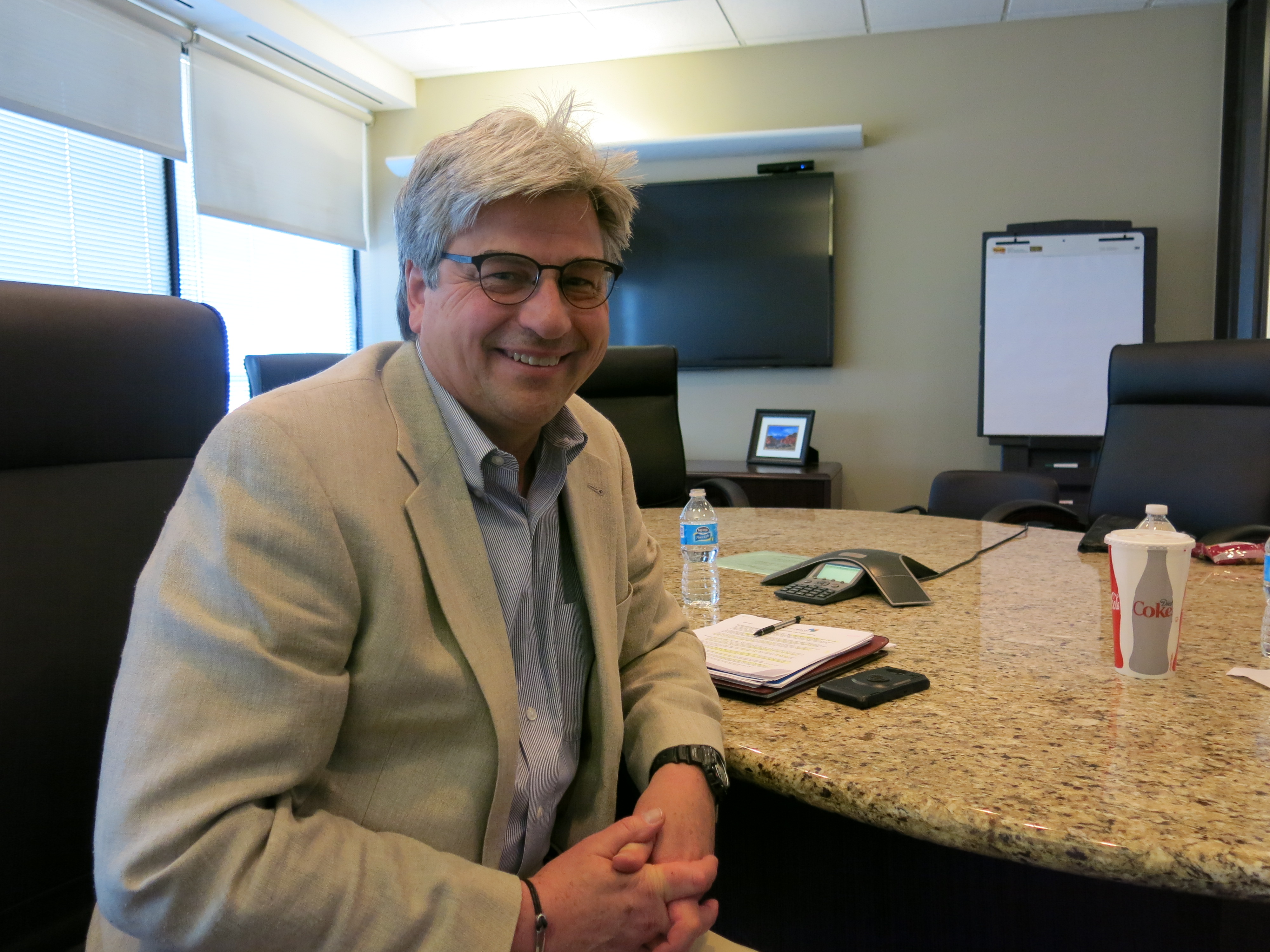 Still, Drews admits the takeoff has been bumpy, even in the second year. "It's a little bit like trying to fly as you're putting the wings on," said Drews.

Waiting On The Supreme Court

A U.S. Supreme Court case this month could bring more turbulence to health insurance marketplaces. The court could strike down subsidies for 7.5 million people in states that didn't set up their own exchange.

If that happens, states like Colorado that did create their own, will get renewed scrutiny.

Another big question mark: Will the exchange be fiscally sustainable this year? By state law, it has to be.

Gov. John Hickenlooper, a Democrat, thinks it will be.

"Pretty much any time you create something new, that's never been done before, whether you're in business or in government, you go through some rocky periods," said Hickenlooper.

Rocky spots included expensive IT fixes to the signup system, staff shortages and leadership turnover. The exchange has had to respond to 32 state or federal audits or reports.  The most high-profile of those was a state audit that questioned its financial oversight.

And the big whammy: $183 million in federal startup money is running out.

So the exchange plans to tighten its belt, and consumers will feel the pinch. Fees on premiums and insurance customers will go up next year.

"The cost of not having insurance is far outweighed by the cost of giving people insurance," said board chair Sharon O'Hara.

"I get calls all the time from people who just are incredibly appreciative of having insurance at this point in their lives, when they haven't had insurance."

But some state lawmakers worry those costs, and the signup glitches, have cast a shadow over the exchange's future.

"I don't know if it's sustainable. I think that's our challenge right now," said state Sen. Ellen Roberts, R-Durango. She leads a legislative committee that's ramping up oversight of the exchange. "I think it's too early to know the answers," said Roberts, "but we have to at least figure out what are the right questions."

The exchange had bipartisan support when it was created, but Roberts says it's going to be hard to make the transition to self-sufficiency. She says the job of starting up a complicated enterprise with multiple stakeholders like the exchange "was a very ambitious effort on an incredibly pressed timeframe."

Interim Connect for Heath Colorado CEO Patterson said he's optimistic the exchange can repair the problems and do it without breaking the bank. "I think we are setting ourselves in a place to become sustainable over time," he said. "It's a journey, and I think we've taken the first step."

Chiropractor Marc Drillings says, despite hassles he faced, he has no plans to walk away. "If it works for 95 percent of the population, that's still an 'A,'" Drillings said. "It may need corrections of course, but that's still pretty darn good in two years."

Still, the fortunes of Colorado's health insurance exchange will hinge on reducing the number of people like him, whose time got gobbled up by glitches.