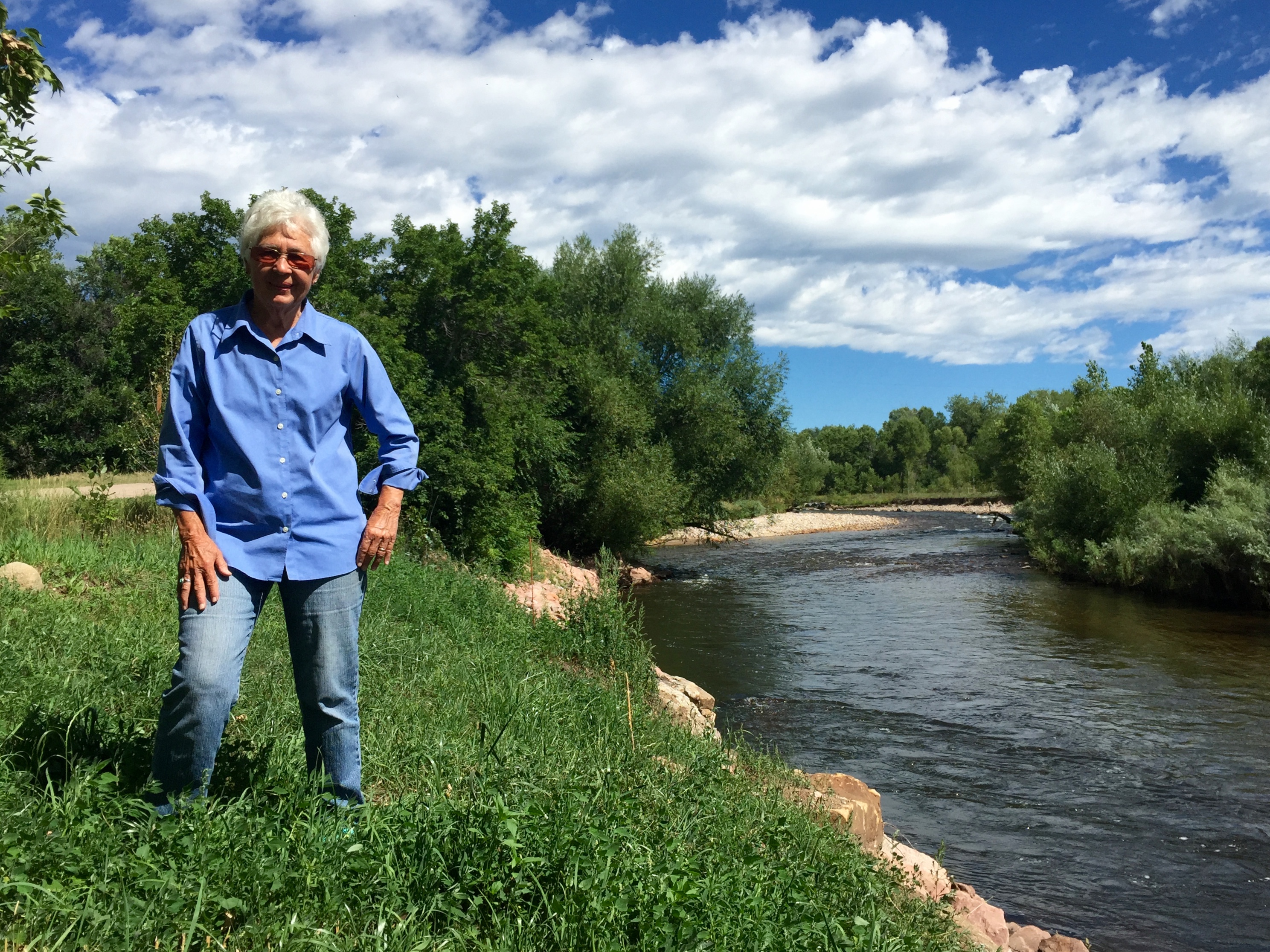 (Grace Hood/CPR News)The Cache la Poudre River's headwaters rise out of the northern Rocky Mountains, and the wild river gathers strength as it gushes down the Poudre Canyon before spilling onto the plains north of Fort Collins. Follow it long enough and you’ll  find Rose Brinks’ 100-acre property.

"In general what I would say is I think it's being bled enough," she said of the way the river's water is diverted for people, businesses and agriculture. "I don't think they should pull any more water out of the river."

Colorado's water planners have other ideas. They see the Cache la Poudre as an opportunity to help quench Colorado's seemingly endless growth and thirst for water. That’s why Northern Water has proposed building two large reservoirs on behalf of 11 cities. It’s a project that sets them in emblematic conflict with environmentalists and other groups.

"We would not look to short circuit the diligence and the rigor associated with environmental permitting processes. That's really important," said Jim Lochhead, manager of Denver Water. "That having been said, the permitting process if you look at it in total between federal and state, and everything else we need to do is broken."

To quench Northern Colorado's growing thirst for more water, the local agency Northern Water has proposed the Northern Integrated Supply Project. The effort would build one reservoir north of Fort Collins, and another near Greeley. Once both reservoirs are filled, about 40,000 acre feet of additional water supply would be released every year from storage. Households typically use between one-half to 1 acre-foot of water annually.

"We can't conserve our way to future supply. No matter how we phrase it, you just can't do it," said Brian Werner with Northern Water.

Northern Water is pursuing the project on behalf of 11 cities along the Front Range. Werner said his agency wants an "all of the above strategy" to meet growing water demand. So it's eyeing more conservation and the exchange of water rights from agricultural land. Agriculture uses about 80 percent of the state’s water supply.

There were environmental studies done on the river to evaluate problems and propose solutions. Mark Easter with the environmental group Save The Poudre said the measures don’t go far enough.

"I think there's a new conversation that's starting around this, asking the question, do we really need these reservoirs?" said Mark Easter, board chair of Save The Poudre. 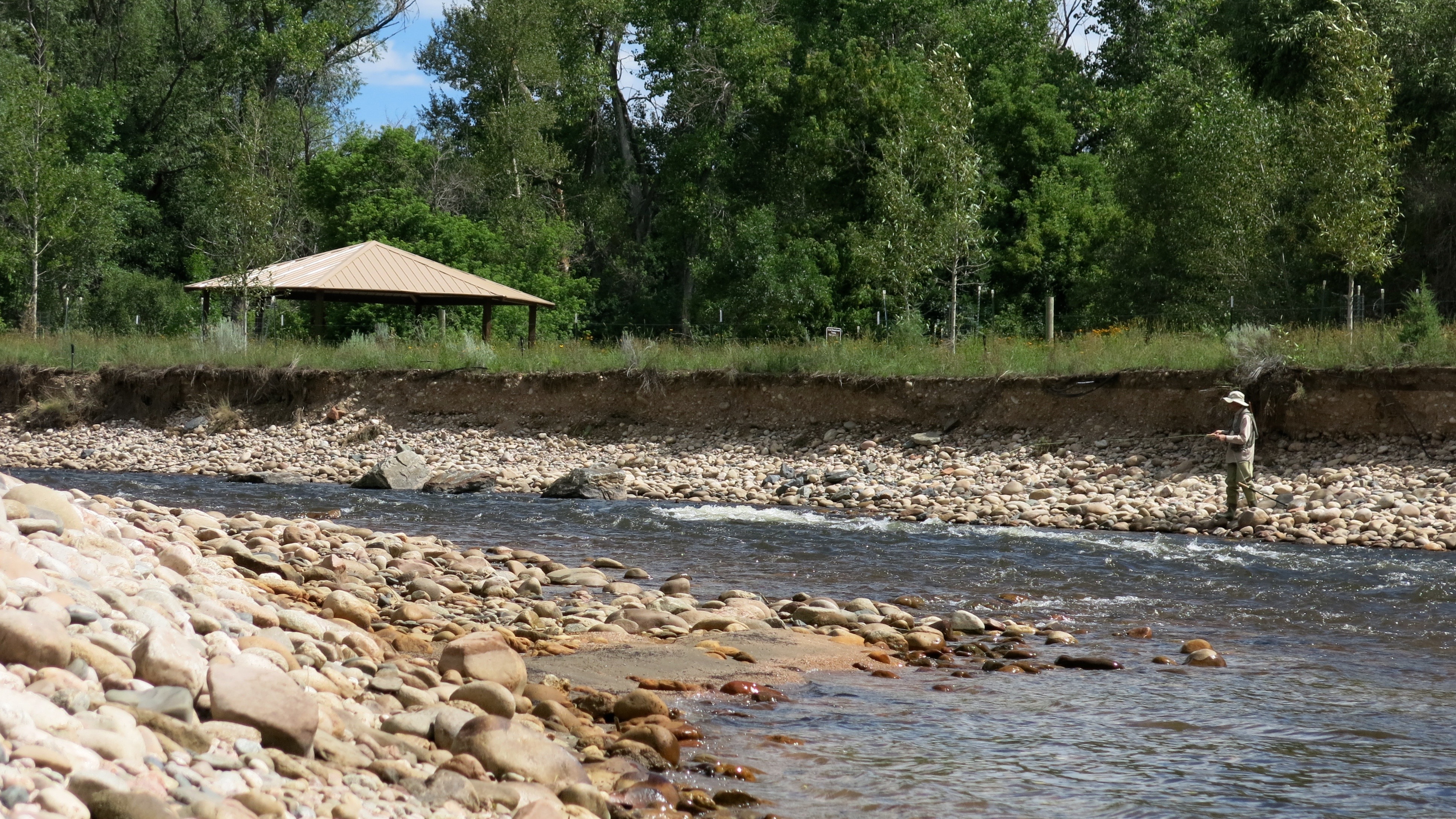 A century of dam projects across the West have caused ecological harm to some Western rivers. Today the federal permitting process to build a dam or a reservoir is far stricter compared to the early 1900s. But some water managers fear the pendulum has swung too far.

Take Denver Water. It decided in 2002 it needed to expand the reservoir outside Boulder. The agency won’t find out whether it can do this until later this year.

For large-scale projects, it's up to the U.S. Army Corps of Engineers to decide whether a project gets built. But you need permits from other federal agencies. And there are state permits. Meantime, Denver Water has employees devoted full-time to moving the reservoir expansion forward.

"If we look at a future with climate change and rapidly evolving conditions in terms of climate, and weather and drought, we need to be a lot more nimble in our ability to build critical infrastructure in this country," said Lochhead.

Water managers like Lochhead say a rigorous environmental assessment is needed for projects. What slows the process down is that each permit has unique requirements.

Even small water projects like building a screen to protect endangered fish from irrigation pumps can take years. That happened in California for the San Luis and Delta-Mendota Water Authority.

"It's took nine months to construct, and basically 10 years to permit," said water policy administrator Ara Azhderian. "It's those sorts of experiences that cause me and others to sit down and look at the permitting process that we've developed for ourselves and ask the question, there's got to be a better way."

Azhderian said the process can and should be streamlined. Federal agencies could better coordinate when and how they ask for information.

More growth is a sure thing

In the meantime, more people are coming to Colorado. Those like Guido Kimble. He moved here with his wife north of Denver in 2006. Kimble said he supports the reservoir project in Northern Colorado. It would benefit his town of Firestone.

"We're going to have to do something about it. Better to do it earlier and take care of the problem when we can," he said.

That's the the thing. These two proposed reservoirs in Northern Colorado will take time and money before they get off the ground. The environmental group Save the Poudre says it will continue to fight these efforts. Meanwhile a final decision from the U.S. Army Corps of Engineers on whether these reservoirs can be built won’t happen until  2017 at the earliest.