Aurora theater shooter James Holmes will be sentenced to life in prison without the possibility of parole after a jury failed to agree on a death penalty Friday.

The same jury had rejected his insanity defense, finding Holmes capable of understanding right from wrong when he murdered 12 people and tried to kill 70 others in July 2012. They had to unanimously agree for a death sentence.

The lack of agreement means Judge Carlos A. Samour, Jr. will formally sentence Holmes to life in prison after a three-day sentencing hearing starting Aug. 24

The 12 who died in the attack ranged in age from 6 to 51 years old. Many of the 70 injured still suffer from physical and neurological disabilities that will last their lifetimes. Survivors and victims of the shooting were united in their hopes of a guilty verdict, but differed on the question of the death penalty.

Earlier Friday, the panel of nine women and three men asked for the 45-minute recording of the graphic crime scene video before deciding on the death penalty.

Defense attorneys objected that the gruesome images taken immediately after the massacre would be prejudicial. But the judge allowed it and said jurors would only have 50 minutes to watch the tape. He warned them not to let it prejudice their deliberations.

District Attorney George Brauchler told the jury death was the only appropriate sentence for Holmes. But defense attorney Tamara Brady urged them to have mercy on Holmes, saying his schizophrenia and psychotic delusions drove him to kill.

Death sentences must be unanimous in Colorado. If even one juror disagrees with capital punishment for Holmes, he would be sentenced to life in prison without parole.

Holmes' mother, police officers who responded to the massacre and the relatives of those killed cried as it became clear that he  would be spared the death penalty. Arlene Holmes, who had pleaded for her son's life, fell upon her husband's shoulder and began to sob silently.

Sandy Phillips, whose daughter Jessica Ghawi was shot in the head by Holmes, shook her head "No" and then dropped it into her hands, crying.

Ashley Moser, whose 6-year-old daughter was killed, sat in her wheelchair after being paralyzed by Holmes' bullets. She began shaking her head and lay it on the back of the wheelchair of Caleb Medley, another paralyzed victim.

The journey to the sentence

On July 20, 2012, Holmes opened fire on patrons at the Aurora Century 16 movie theater,  killing 12 and injuring 70. He entered during a midnight premiere of "The Dark Knight Rises," which was the third and final installment of director Christopher Nolan's "Batman" movie trilogy.

(Colorado Judicial Department)There were about 400 people inside the theater. Holmes watched the first few minutes of the film before exiting to his car. He returned through an exit door he had propped open, wearing military-style clothing and a gas mask. Many in the audience assumed he was wearing a costume before he set off two tear gas grenades. He then fired a total of 76 shots into the crowd from a shotgun, a semi-automatic rifle and a handgun. He later said he was playing techno music through earbuds to drown out the screams of victims.

Police arrested Holmes without incident behind the cinema just after the shooting. FBI agents disarmed explosive booby-traps at his apartment the next day.

At the time of the shooting, Holmes was a 24-year-old Ph.D student in a selective neuroscience program at the University of Colorado. He was in the process of dropping out, even though he came to the university with an impressive academic record: He graduated from the University of California, Riverside, in neuroscience with the highest honors.

Math and science also surrounded Holmes as a child growing up in the suburbs outside of San Diego. His mother was a registered nurse and his father was a mathematician who developed statistical models for the financial industry. Both would later testify as character witnesses in the sentencing phase of his trial.

Shortly after his arrest, authorities charged Holmes with 116 counts of attempted murder, 24 counts of first-degree murder and other counts for weapons possession and inciting violence. Authorities initially faced Holmes with 142 charges. That number would climb to 165 in the time before the trial.

Holmes' attorneys said they would be willing to plead guilty to avoid the death penalty prior to the trial, but the prosecution declined and sought capital punishment. His defense team entered a plea of not guilty by reason of insanity. The trial began April 27.

Legal sanity is a much higher bar than psychological sanity. An insane person might be delusional or exhibit strange behaviors, but legal sanity requires proof that a defendant could not tell the difference between right or wrong at the time of the crime. 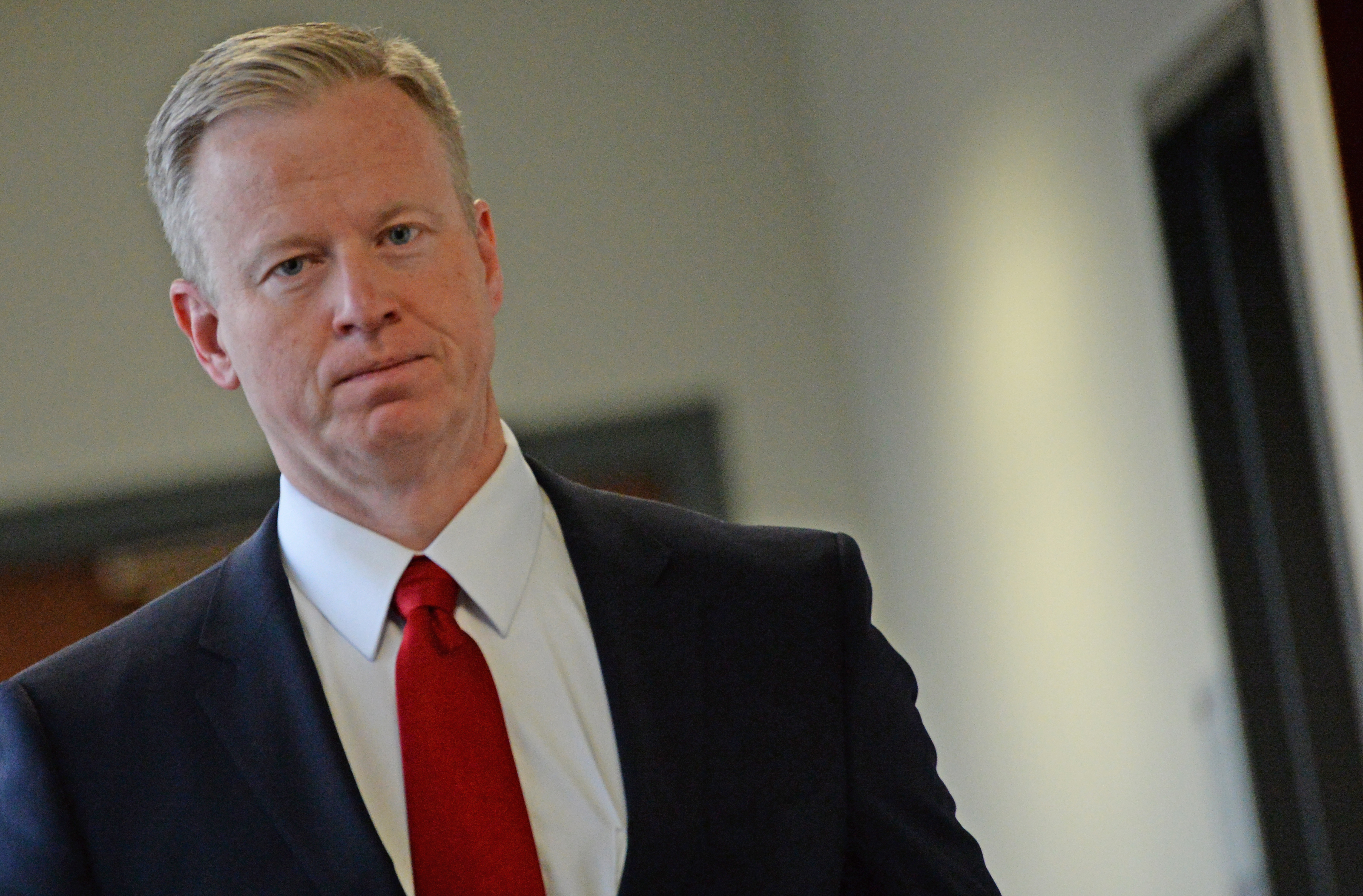 (AP Photo/The Denver Post, RJ Sangosti, Pool)The question of legal sanity framed the trial against Holmes: Did he know the shooting was wrong when it happened? Holmes admitted to a psychiatrist that he did. He also had carefully planned the attack and called a hotline before committing the murders. That led some like retired defense attorney Frederick Leatherman to speculate the defense was a "slow-motion guilty plea." In other words, Holmes' lawyers knew they couldn't prove him innocent, but used the trial to introduce mitigating evidence that could lessen his sentence later on.

Even though they disagreed on Holmes' legal sanity, psychiatric experts for the defense and the prosecution diagnosed Holmes as having some kind of schizophrenia. A key piece of evidence for both sides was a notebook Holmes mailed to a former psychiatrist at the University of Colorado. The defense used it of proof that Holmes became increasingly delusional before the attack; the prosecution cited the careful planning evident in the notebook.

On July 16, jurors found Holmes guilty of all 165 charges, including 24 first-degree murder charges. The verdict made him eligible to receive the death penalty. He showed no visible emotion as the judge read each of the guilty verdicts against him. The verdict came down four days before the third anniversary of the shooting.

Holmes would have been the first person put on death row in Colorado in six years if he had been sentenced to death.

Ben Markus and Sam Brasch contributed to this report.