About 170 greater sage grouse gather on Wes McStay’s ranch in northwestern Colorado. They're here to mate in an open field of recently planted rye.

Biologists call such a gathering a lek, where male grouse perform an elaborate mating dance that involves inflating two yellow air sacs in their chests and then releasing the air with a bubbling pop.

The U.S. Fish and Wildlife Service will decide in the next few weeks if the greater sage grouse should be listed as endangered. That’s something many people do not want.

A listing of the greater sage grouse under the Endangered Species Act could deeply affect the industries making up the backbone of the western economy like agriculture, oil, gas and mining.

An unprecedented collection of stakeholders across 11 states is working to save the bird’s population before the federal government steps in.

“I’d much rather us do it cooperatively,” McStay said.

McStay partners with the Sage Grouse Initiative, a multi-state effort of the U.S. Department of Agriculture wherein ranchers agree not to overgraze habitat and the initiative gives them money to fund range improvements that should be good for both livestock and grouse.

Many ranchers have bought in. More than 4 million acres of habitat have been entered into the program over the last four years. The USDA has just extended the effort through the end of 2018.

Organizers say the key is targeting lands where they will get the biggest bang for their conservation buck, because even in large expanses of sagebrush, the birds tend to clump together in large numbers.

Nowhere is conservation more important than Wyoming, where nearly 40 percent of the entire sage grouse population lives. Wyoming is running the most proactive program in the country to save sagebrush land -- significantly restricting development in nearly a quarter of the entire state.

A state-appointed Sage Grouse Implementation Team (SGIT) set aside this “core area habitat” in 2008, with the hope that minimizing disturbance on the land will protect more leks and boost population numbers. SGIT members include conservationists, representatives from agriculture, mining, government agencies and oil and gas.

Paul Ulrich of Jonah Energy is a member of the team. Earlier this year, he met a group of reporters at one of the company’s natural gas drilling pads in southwestern Wyoming. The trucks, rigs and tanks give what used to be rolling hills of sagebrush a much more industrial feel, and Ulrich doesn’t shy from that.

“There’s no question that you’re going to have short-term impacts that need to be mitigated,” he said.

Ulrich said oil and gas companies have spent millions on sage grouse research and restoring habitat in this area. The problem is that determining what’s the most important habitat to protect is often a moving target. 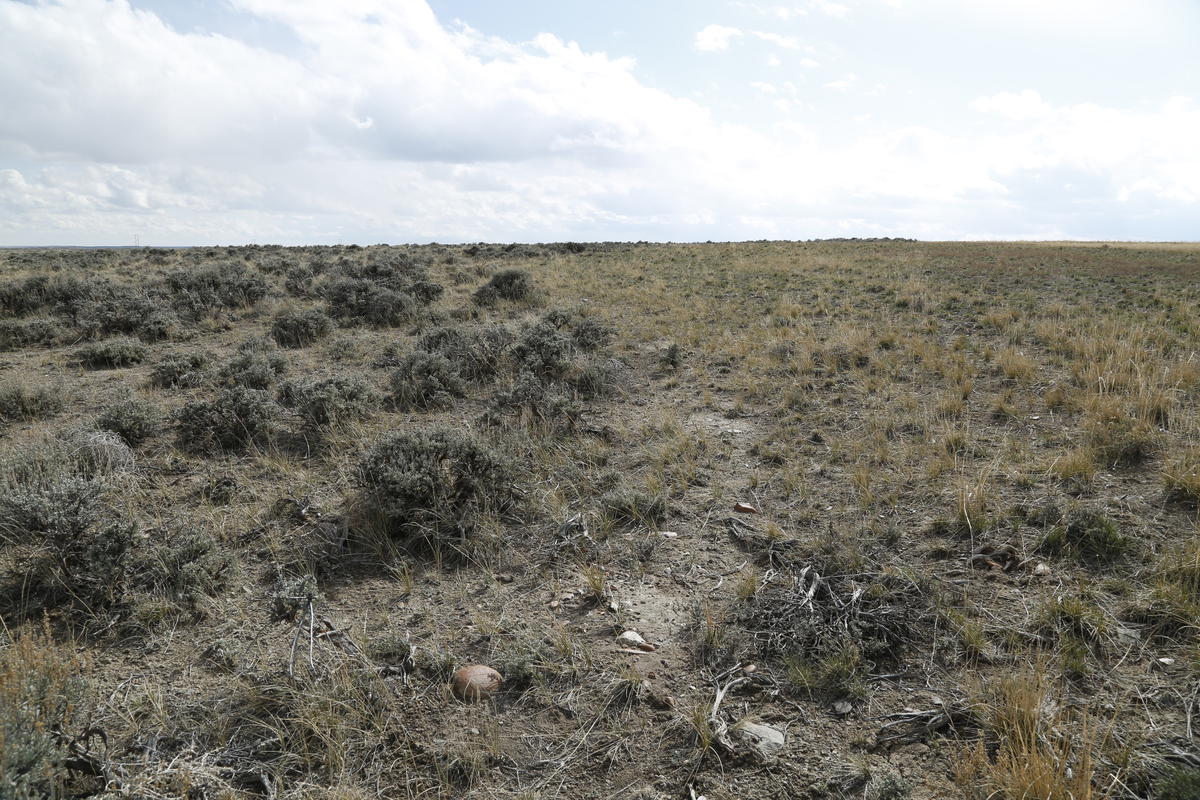 Jonah Energy has leased more than 140,000 acres near its current operations where the company hopes to drill 3,500 more wells.  In the last couple of years, biologists have discovered that nearly 20 percent of that land is important for the grouse.

“We found that we have 2,000 birds wintering in this one area,” said Pat Deibert, national sage grouse coordinator for the U.S. Fish and Wildlife Service. She added that losing winter habitat can significantly harm bird populations.

Wyoming Gov. Matt Mead recently issued an executive order updating which sage grouse lands are protected, based on recommendations from SGIT. The “core area” now includes the winter habitat, including that leased by Jonah Energy. Ulrich said his company will hold off on drilling on those lands until the state’s sage grouse team determines a suitable level of development this fall.

“It’s in our best interest to make sure that we get it right,” he said.

Near where Ulrich was leading his tour, a former natural gas drilling pad was being restored to its natural state. Right now, it’s just grasses, with some tiny little sage brush poking out here and there.

Restoration of this land into full sagebrush habitat could take as long as 50 years.

Dan Boyce, a reporter for Inside Energy, filed this story for Boise State Public Radio's series "Saving the Sage Grouse."