Rocky Mountain National Park in northern Colorado just celebrated its 100th birthday and it's drawing bigger crowds every year, especially from the burgeoning Front Range. But federal funding hasn't kept pace with the pressures those numbers bring to park services and maintenance, and budgets are strained. 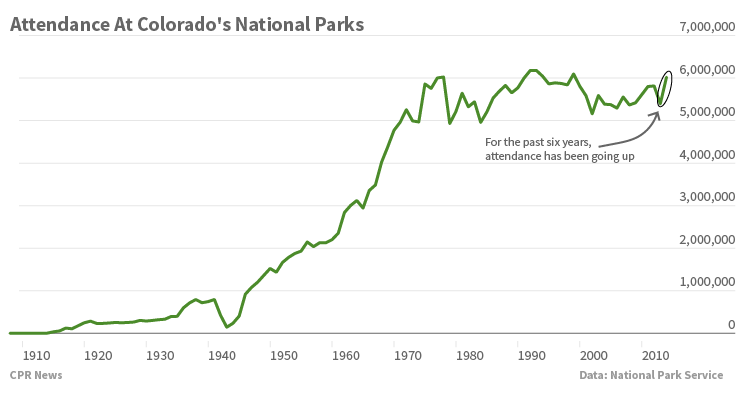 “When you’re a park that’s been around for 100 years, you have an old infrastructure. And for us that’s paved roads, unpaved roads, trails,"  RMNP spokeswoman Kyle Patterson says.

It similar story with Colorado's other national parks and monuments. Still, while the higher fees may pinch visitors' pockets, the extra money is a drop in the bucket when it comes to what the park needs to meet its rising popularity.

Rocky Mountain National Park has nearly $68 million in deferred maintenance costs. Across Colorado’s national parks there’s an estimated $205 million maintenance backlog. Nationally that figure is about $11.5 billion -- even as park visits top 292 million annually across the country. In Rocky alone in 2014, there were 3,434,754 visitors -- the park’s highest ever number.

But with the budgets that Colorado's national parks have, fixing them quickly seems unlikely. Rocky's annual budget of nearly $13 million is a fraction of the what they need to fix all the deferred maintenance. 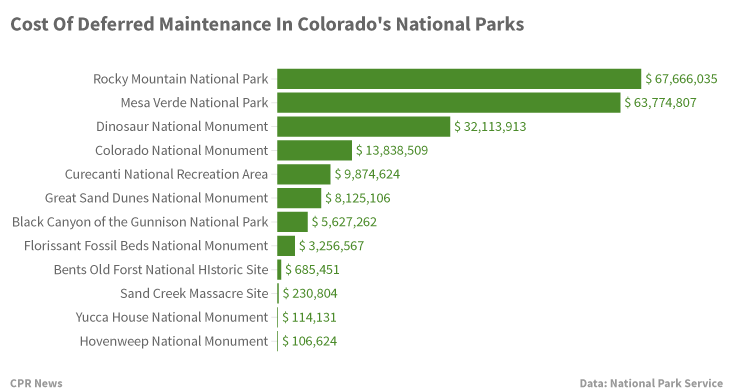 "That’s rundown visitor’s centers. That is unmaintained trails. And crumbling roads," she says. "Unfortunately over the last several years, Congress has not put the money towards getting these parks ready for the next century of service to the American people.” 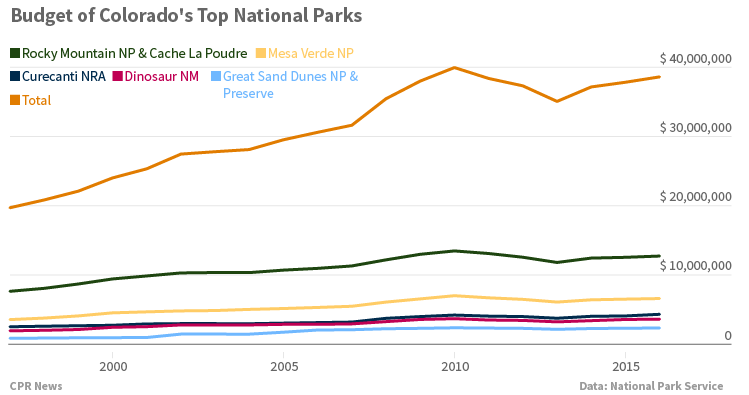 That may change. The Centennial Act, a bill set to be introduced in the next congressional session to mark the park service's 100th anniversary, calls in part for a big new funding program for America's "crown jewels."

The legislation includes $300 million a year through 2018 "to correct deficiencies in National Park Service infrastructure and facilities," and a fund that will match private donation to the parks up to $100 million a year.

“We saw elk droppings right outside our tent one year," he said. "I've got great videos of rutting."

Cooney got into the park with his senior citizen pass, which cost $10. That, too, may increase with the Centennial Act.

Sam Brasch and Megan Arellano contributed to this report.