Bethune, Colorado, has a population of about 237. It’s 45 miles from the nearest Walmart -- and that’s in Goodland, Kansas. Hop onto Interstate 70, head west for an hour or so and you can get to Limon, Colorado.

It's even farther from the Philippines. And from Puerto Rico. But those are some of the places to which the school district in Bethune, with all of 116 students, has turned to recruit teachers. Three out of its 13 teachers -- almost a quarter -- are from outside the continental United States.

That's because Colorado’s rural school districts are on the brink of crisis when it comes to finding enough teachers to lead classrooms. Even urban districts along the Front Range are struggling to fill positions.

In part that's because enrollments in the state's teacher prep schools are down 23 percent compared with five years ago. But rural Colorado faces other challenges attracting teachers, including low pay, and the isolation.

Raymond Cabahug remembers well the the drive to Bethune from the East Coast. By the time he got to Missouri, the landscape started to flatten out. By Kansas...

"I said, ‘What’s happening?" The land was now totally flat. And I said well, ‘This would probably be it.’ I think I have reached my destination!"

Today, Cabahug, in a black dress shirt and slacks, punctuated by a silver tie, reviews algebra with his 9th graders. There are only a dozen students in his class, but they listen attentively.

This is what the Philippines native came to America to do: Teach well, as a teacher -- a real teacher.

He tried teaching in Baltimore when he first came to the states. Cabahug says many of his students in Baltimore didn’t want to be in school and the classroom was chaotic.

"I said there might be some place here in America where I can really feel like I am a teacher and I can share my expertise freely to students," he recounts. "And I found it. It was here." 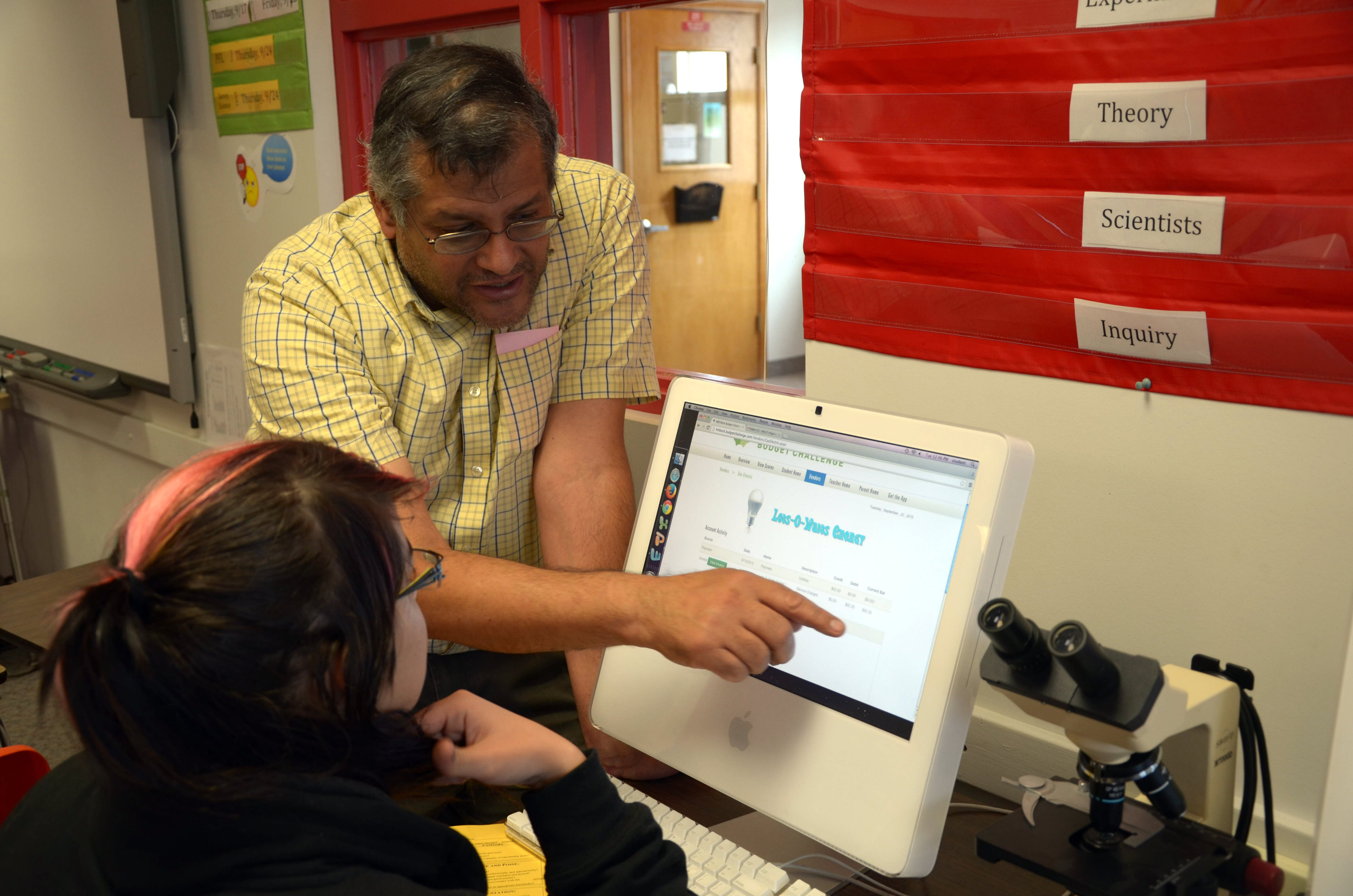 (Jenny Brundin/CPR News)He’s not the only foreign teacher in the school.

Why So Many International Teachers?

Superintendent and Principal Shila Adolf says she once was used to getting American applications for at least elementary teacher positions.

"Now we just don’t get applicants, period," she said.

Part of the difficulty of getting those American applicants is that it's hard to compete with private industry, she says. "Even selling tractors makes more money here. They’re guaranteed to start at $20,000 more than us."

Data via Colorado Department of Education

So she’s turned to foreign teachers.

The immigration paperwork can be intense. But Adolf understands that it’s to ensure that a U.S. citizen isn’t losing out on a job. There are other challenges, like helping students get used to a teacher’s accent. But, Adolf says, the teachers she’s hired from out of the country tend to have high levels of perseverance.

"They have either come from scenarios or situations where they weren’t valued or appreciated and they can see themselves making a difference here," she said. "I hate to say it, but they haven’t been in a situation where they haven’t had as many choices, they tend to hone in on the positives."

Teacher Ailyn Marfil is Phillipina, but came to Bethune via Japan where she taught the English language. She had job offers in other states, but she chose Bethune and has been in town about a month.

"But what I’m certain is, there’s probably a reason behind that… and that is yet for me to find out," she said.

Bethune has just a part-time post office, no real main street, and a snack bar in one of the grain elevators, but the town did provide a surprise:

When she was in Japan, she had a lot of what she calls "lazy time." The way English is taught there, she says, you could spend an entire week on "Hello, what is your name?" But in Bethune, teaching English literature, she juggles seven classes and it's fast-paced.

During a quick lunch break, teachers share laughs and also how it can be lonely sometimes here at first. But here’s how math teacher Cabahung sees the community of Bethune now: "They are going to protect you, they are going to care for you," he said.

Rivera-Acosta says his regular Monday night meals at McDonalds have helped him fit in. Servers there hand him his black coffee, two creams, before he even orders.

When asked to write a job announcement for Bethune, what would they write?

"Do you want to mold minds and touch hearts? Be a Bethune teacher," says Marfil.

"Come live a safe and peaceful life here," he said.

Editor's Note: This story has been updated to reflect that the Commonwealth of Puerto Rico is a U.S. territory.