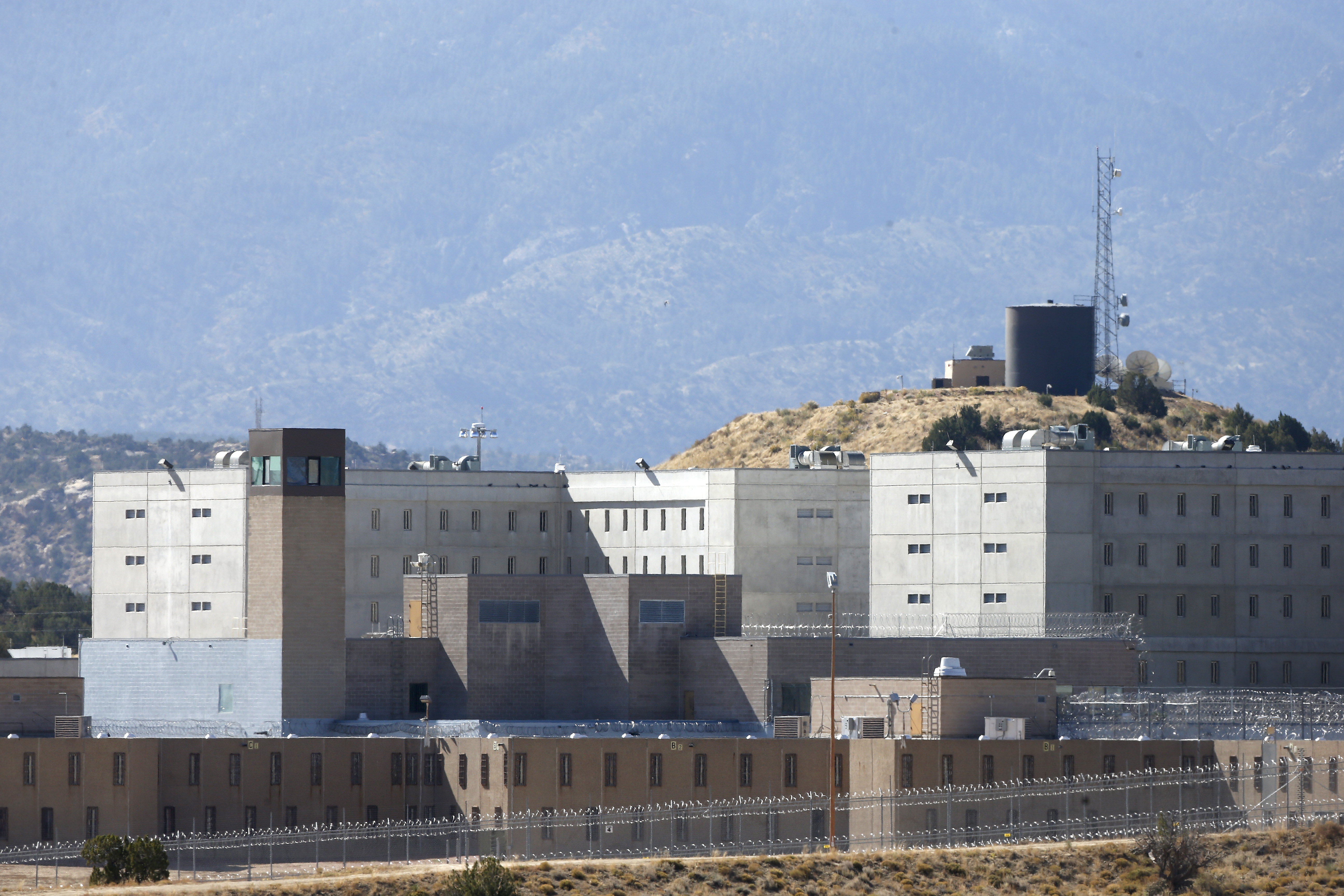 (AP Photo/Brennan Linsley)Prisons have long been a way of life in this southern Colorado community, where schoolchildren practice inmate-escape drills and almost everyone counts a relative who works in corrections.

People are accustomed to some of the nation's most dangerous criminals living nearby in the 13 state and federal prisons emerging from Fremont County's rolling desert peaks. But the possibility of housing suspected and convicted terrorists from the detention center at Guantanamo Bay, Cuba, is where some residents draw the line.

A team of Pentagon officials began scouting some of the county's prisons this week as potential sites to house Guantanamo detainees amid the Obama administration's stalled effort to close the controversial facility. They are looking at upgrades the facilities would need to detain the prisoners and hold hearings for those facing trial by military commission, the Pentagon said.

Though prisoners living just miles away from Canon City include a Sept. 11 conspirator and Unabomber Ted Kaczynski, residents worry about international attention possibly making the area a target for terrorists and their sympathizers.

"This is a concentrated group of people who are bent on the destruction of America and the American way of life," said longtime real estate agent Preston Troutman, president of Canon City's chamber of commerce. "We don't have the answers for that."

Among the sites being considered is a sprawling, high-security state prison on the outskirts of town, Colorado State Penitentiary II. Built in 2010 to hold inmates in solitary confinement, it was mothballed two years later as officials moved away from the practice and the inmate population sharply declined.

Its 948 cells now sit empty, and supporters say filling them with Guantanamo detainees would put to good use the shuttered $208 million facility that Colorado still has not paid off.

"The fact that these are scary terrorists from Guantanamo doesn't bother me. That's what these facilities were made for," said Democratic state Sen. Pat Steadman, a state budget writer.

Canon City residents say they scarcely think of the prisoners living about 10 miles down the road in Florence, home to a maximum-security federal prison known as Supermax, also being assessed by the Pentagon team.

Dubbed "Alcatraz of the Rockies," its 420 or so inmates include terrorists, such as Zacarias Moussaoui, the only person convicted in civilian court of the Sept. 11 attacks, and Ramzi Yousef, mastermind of the 1993 World Trade Center bombing. Wadih El-Hage, convicted of the 1998 bombings of U.S. Embassies in Kenya and Tanzania, also resides there, and Boston Marathon bomber Dzhokhar Tsarnaev was transferred there in July.

More than 7,000 prisoners live in the county's state and federal lockups, and residents praise the industry for providing jobs and improving the economy. Residents encouraged bringing Supermax to Florence, donating 600 acres of land to the Federal Bureau of Prisons in 1990.

Even so, some say Guantanamo detainees raise unprecedented safety questions. Residents are less worried about escapes than becoming a destination for terrorists on the outside and their friends and relatives.

"It would bring an element to our area that we don't want to have here," chamber of commerce director Lisa Hyams said.

The facility in Cuba has 114 detainees, 54 of whom have been cleared for release. The remaining 60 have been deemed too dangerous to send to another country.

Pentagon officials also have surveyed the Disciplinary Barracks at Fort Leavenworth, Kansas, and the Naval Consolidated Brig in Charleston, South Carolina, as possibilities for housing the prisoners.

The closure of the Guantanamo Bay detention center has been a top priority for President Barack Obama, but he has faced persistent hurdles. Any relocation plan would require approval by Congress, where Republicans and some Democrats staunchly oppose the idea, including Sen. Cory Gardner, R-Colo., who questioned its legality.

"Just imagine all the creative ways these terrorists could wreak chaos and destruction in our homeland," Fremont County Commissioner Debbie Bell wrote in a letter to Obama this week, urging the federal government to pay for security and training costs that could come with the detainees.

She said most residents would rather see Colorado's state prison stay empty than have detainees so close to home. But others disagree.

"It's such a waste of space, a waste of money, a waste of thought," Darcie Wige, owner of The Dungeon Inc., a tattoo parlor on Canon City's quiet Main Street, said of Colorado State Penitentiary II.

Annual payments are $20 million for the prison, which has row after row of solitary-confinement cells and lacks many amenities of other prisons, making it virtually impossible to repurpose.

"That place is one of the most technologically advanced prisons on the planet. It's a beautiful facility, let's use it," said resident Michael Fowler Jr.

The detainees could bring new safety risks, he added, but "we're not afraid of anybody."