This story was co-reported with NPR's Daniel Zwerdling.

Frank Costabile was broke and paranoid after the Army forced him out in 2012. The former private first class was so jittery from his time in a war zone he says he couldn’t walk down the street without looking over his shoulder. Finally one day, after his wife left to drop their daughter off at school, Costabile went into the bathroom and swallowed 57 pills from the bottles of anti-depressants and sedatives that military doctors had given him.

Then, he settled down in the bathtub to die.

“I didn't want to fall and hit my head on anything severe, and cause blood all over the place,” Costabile said. “I figured I ought to sit down and take these things and everything would be alright.”

His wife had forgotten something, and she came back to find Costabile in the tub. He slipped into a coma for three days and awoke in a hospital bed.

Costabile’s plunge into depression began about a year earlier, on a small base in Afghanistan where he served for seven months. He didn’t see any direct combat – it was his job to fuel trucks and generators – but the near-constant suspense of nearby enemy fighters left him anxious.

“We were right next to the wire, 20 feet from the wire, from the walls,” he said. “They’re sending grenades in, mortars, small arms fire, suicide bombers. That made it real. That made it scary. It’s like, I could really actually die here.”

When his suicidal thoughts first started, he went to a private hospital near the post and stayed for four weeks. His diagnosis: Severe depression.

Then, on the day he was released from that hospital, a military escort picked him up and drove him straight to a medical evaluation at Fort Carson. There, a clinical social worker wrote down a different diagnosis: Adjustment disorder.

“I didn’t know what an adjustment disorder meant,” Costabile said.

It meant a lot.

If Army doctors had given Costabile the same diagnosis as the private hospital – severe depression – the military could have taken steps to give Costabile a medical retirement, on the grounds that he was mentally disabled because of the war. Had that happened, he’d be eligible for disability benefits. He’d get health care for life, and so would his wife and kids. He’d get perks that disabled veterans get, too, like exemptions from property taxes and auto sales taxes.

The Army’s adjustment disorder diagnosis, however, meant that his mental problems were not caused by the war.  So no monthly checks, no health benefits for his family, no tax breaks.

Costabile was discharged from the Army on March 27, 2012, and soon he was homeless. His wife was living with her parents, and he wasn’t welcome there. So he went to a shelter and filed for unemployment.

Since 2009, the Army has discharged 2,000 soldiers who served in Afghanistan or Iraq using the same procedure used to push out Costabile. It’s called an “administrative discharge,” designed to remove soldiers with mental health conditions that are not considered disabilities. Sleepwalking, for example.

Last month, NPR and CPR reported on another category of discharges. Since January 2009, the Army has "separated" 22,000 soldiers for "misconduct" after they came back from Iraq and Afghanistan and were diagnosed with mental health problems or traumatic brain injuries. Thus, many of the dismissed soldiers have not received crucial retirement and health care benefits. Twelve U.S. senators then called for an investigation by the Army’s Office of the Inspector General.

Congress passed a law in 2009 to help protect troops who go to war and are diagnosed with mental health disorders. Members of Congress said if war deployments played a role in misconduct, the military should help the soldiers.

But adjustment disorder diagnoses are besides that. The diagnosis basically means that the soldier can't handle the daily rigors of Army life. Before discharging him, the Army wrote in Costabile’s records that he “clearly shows he is unable to adapt to the U.S. Army.”

Lt. Col. Christopher Ivany, the Army’s chief mental health advisor, defends the use of administrative discharges. He also notes they are declining.  There were just 76 in the last year.

“So the total is 76 out of however many hundred thousand soldiers were in the Army during that time and still a large portion of those who have deployed,” he said.

He adds that the Army recently began distinguishing “chronic” cases of adjustment disorder, which can lead to medical retirement.

Avoiding Life On The Streets

One of Ivany’s predecessors, Col. Elspeth Ritchie, worries that too many soldiers are discharged with an adjustment disorder diagnosis, particularly if, like Costabile, they deployed to a war zone and claim to have lingering mental health effects. 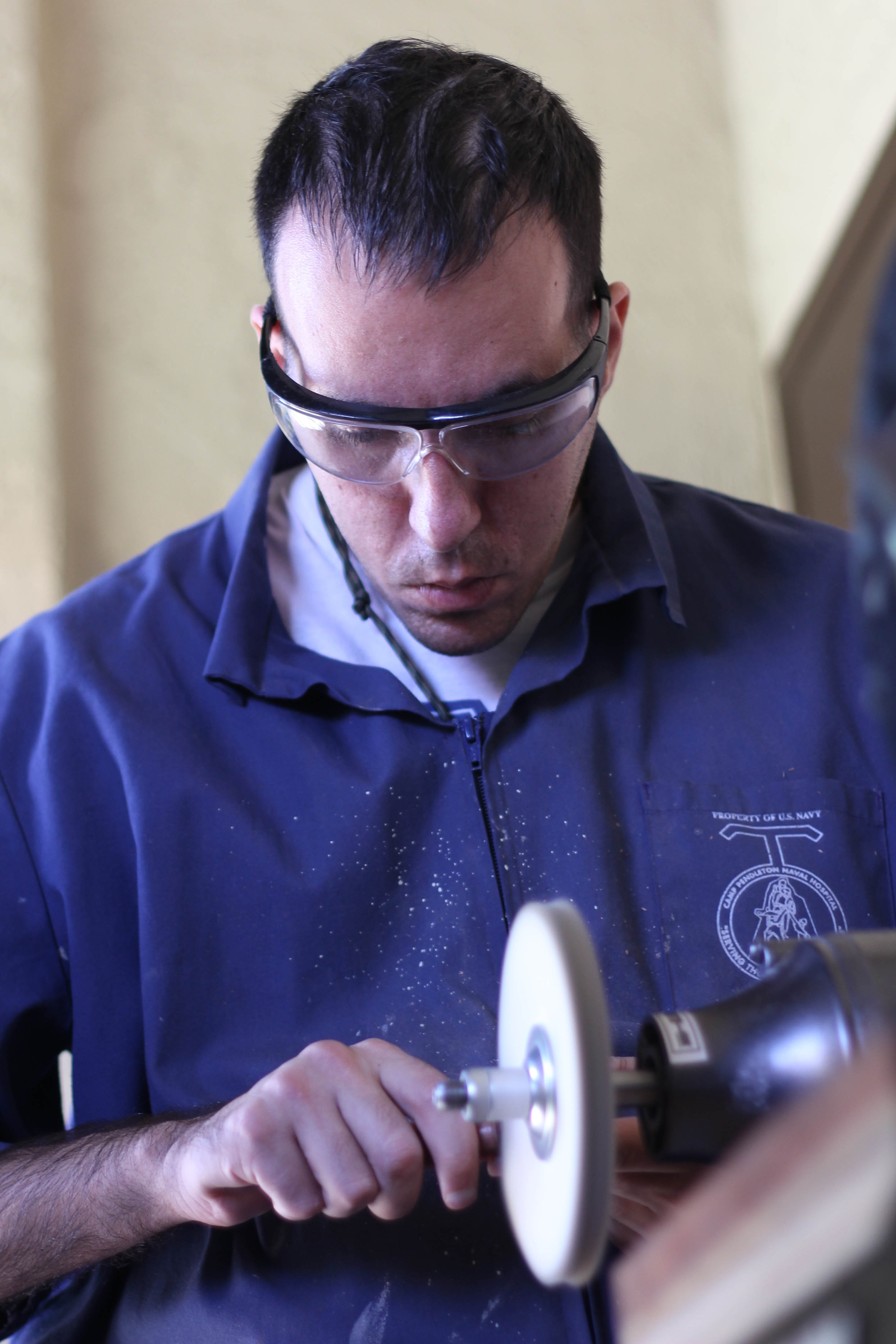 (Michael de Yoanna/CPR News)“I would surmise based on other data that they will continue to struggle with other mental health issues after they leave the service,” said Ritchie, who retired as the Army’s top psychiatrist in 2010. “Giving them some benefits – we’re talking about those who have been in combat – would be helpful not just to them, not just to their families, but to society as a whole because it’s much cheaper, frankly, to put a safety net under people early and keep them in treatment, provide mental health care, hopefully keep them employed and housed, than it is for them to spiral down and end up on the streets," Ritchie said.

Andrew Pogany, a retired soldier and CEO of the nonprofit Uniformed Services Justice and Advocacy Group, wonders how many thousands of troops have been pushed out of the Army with adjustment disorders since the wars began.

“Frank’s case, and many, many, many other cases have to be brought before an independent investigation commission or an independent truth commission to really peel back the onion on this because we don’t know how many of the individuals who have been wrongfully and inappropriately discharged have committed suicide,” Pogany said.

Pogany helped Costabile petition the Department of Veterans Affairs for benefits. The VA reached a dramatically different conclusion than the Army. It found Costabile was 100 percent disabled with depression, and something else: post-traumatic stress disorder.

On a recent afternoon, Costabile was in San Diego at Aspire, one of the VA's premier mental-health treatment centers. He’s no longer suicidal, and said that for the first time since he left Afghanistan he feels that he’s recovering from the wounds to his mind.

“My depression is under control,” he said. “I mean it's still a constant struggle. I'm never going to be off medication for it. Also my PTSD, it's never going to be cured, but I have tools now that I know how to cope with certain things and I still have nightmares but not as intense as they used to be.”

Costabile also gets a monthly check – but not from the Army. It comes from the VA. His family doesn’t get health benefits they would have if the Army had medically retired him.