More than a year ago we saw one census statistic we just couldn't shake. At the time, nearly one in five kids in the state were living in poverty. We set out to learn about childhood poverty in Colorado: What it looked like and what was being done about it. We're looking back at our coverage now, taking stock of what we've learned and revisiting some of the people we interviewed. Along the way, we explored reams of data that helped illuminate the issue.

The data tells us a lot of things. Probably the most important metric is the child poverty rate, which the U.S. Census bureau tracks. Last year when we started this project, we noticed it had risen from about 11 percent in the year 2000 to 18.5 percent in 2012. That was one of the biggest jumps in the country. Since our reporting began more than a year ago, that rate has dropped twice -- it now stands at about 15 percent. So that means we've gone from nearly one in five kids living in poverty to about one in six.

So it’s going in the right direction?

Yes. Advocacy groups like the Colorado Children’s Campaign say they are cautiously optimistic about the trend we’ve been seeing in the last few years.

Why is the rate improving?

It’s pretty simple: the economy is improving. When more mothers and fathers have jobs that pay decently well, the poverty rate drops.

And when we say poverty -- what exactly does that mean?

The poverty threshold is set by the Census Bureau every year. It factors in family size -- so for a family of four, the poverty line in 2014 was about $24,000.

But it’s a somewhat deceiving number. For one, the official poverty line doesn’t change across the lower 48 states. That’s problematic because the cost of living obviously varies a lot depending on where you are.

Another issue is that the poverty rate is calculated using a formula that’s half a century old. Back in the 1960s, Americans spent about a third of their income on food. They don’t any more -- transportation costs and medical bills take up a much bigger share of our paychecks.

And finally, the official poverty line doesn’t factor in the effects of government assistance.

Why does that matter?

Advocates for the poor say it doesn’t accurately count how many families are struggling financially. That's a big deal because those numbers determine how many of our tax dollars go to government programs that fight poverty.

So a few years ago the Census Bureau came up with an updated yardstick --  the supplemental poverty measure. Using that, The Annie E. Casey Foundation estimated that Colorado’s child poverty rate is actually a few ticks lower -- about 13 percent. But that’s only because of the effects of government programs like food stamps and the child tax credit. Without those, the poverty rate would be about 25 percent.

What else does the data show?

The economic recovery is taking longer to reach poor families. The median family income is actually lower than it was in 2000, when you adjust for inflation. Experts blame that on a fundamental shift in how the economy works.

And while the overall child poverty rate is down, we’re still seeing some major disparities when you break it down by race or county. The most recent data shows that the poverty rate for Hispanic and Black kids is three times larger than it is for white and Hispanic children. You see similar trends when looking at high school dropout rates and other socioeconomic indicators. 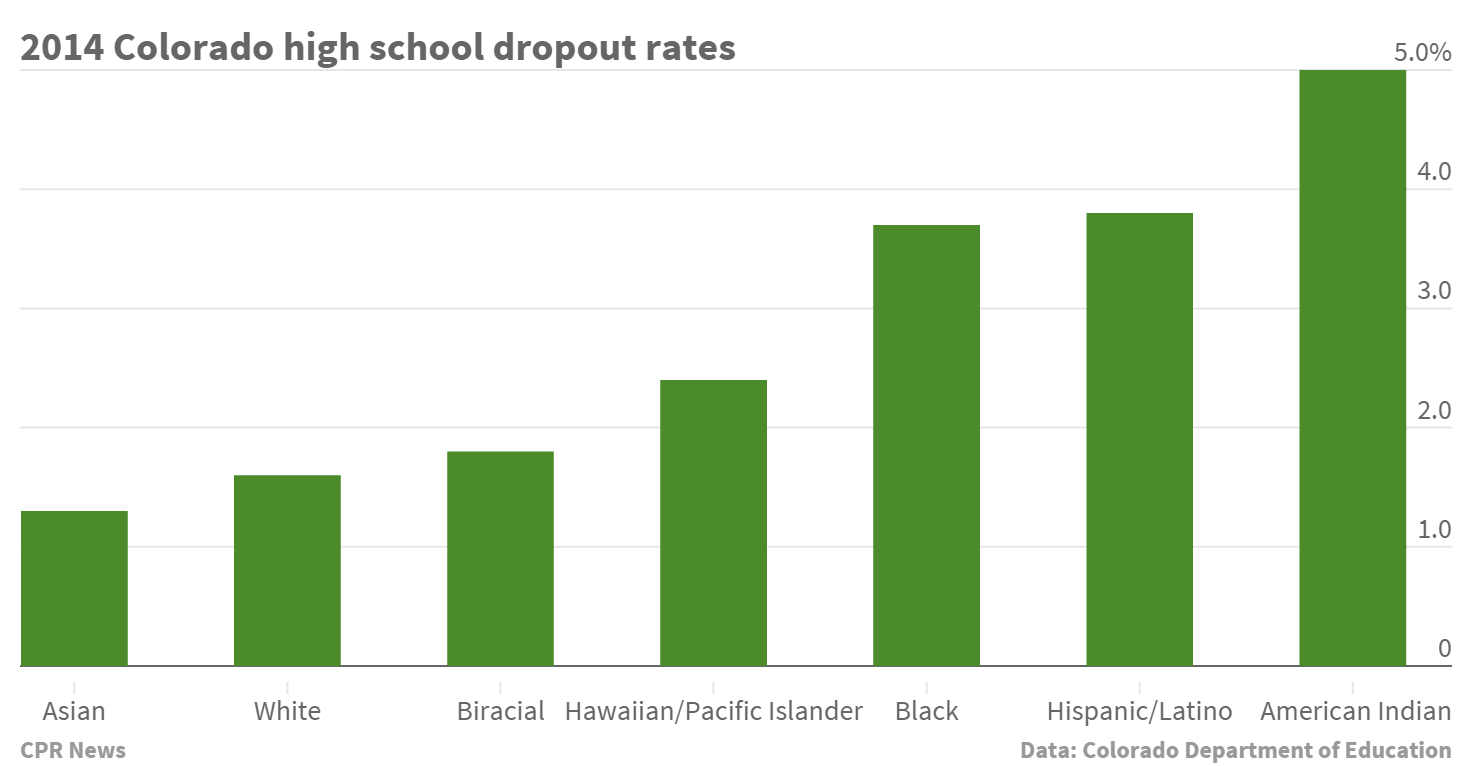 Does child poverty vary by location?

Yes. The lowest rates are mostly in Front Range counties and some northern mountain areas. Southern Colorado, especially the southeastern Plains and the San Luis Valley, have the highest rates. We did some extensive reporting out of the valley last summer. 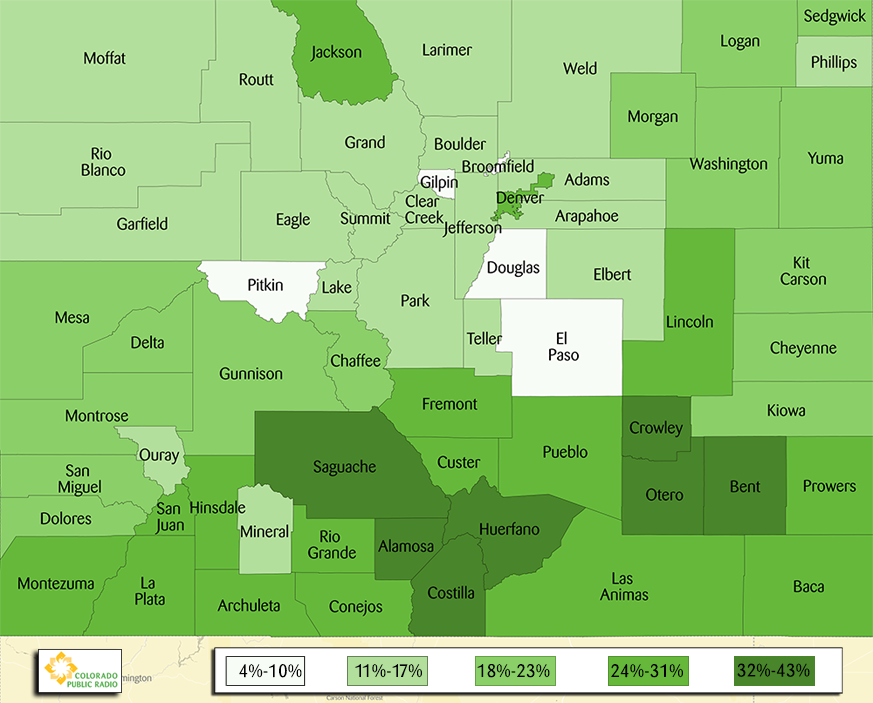 What were your impressions out there?

Driving through a remote place like the San Luis Valley makes it really clear just how much our economy has moved to cities. There's still an agricultural economy there. But farms are much, much bigger and more automated than they used to be. So that means people who, maybe a few decades ago would've made a decent living on a farm -- now they move to cities like Colorado Springs and Denver.