The Broncos had just upset the Carolina Panthers in Super Bowl 50, and the Denver fans that packed bars and homes across the city spilled outside.

"People are elated. The streets are filled. Everybody is going crazy," Lee Strubinger reported for CPR News from a rowdy downtown corner.

The crowd became unruly at times, but police for the most part watched from the sidewalk. The Denver Post says police reported 12 arrests, mainly for criminal mischief. 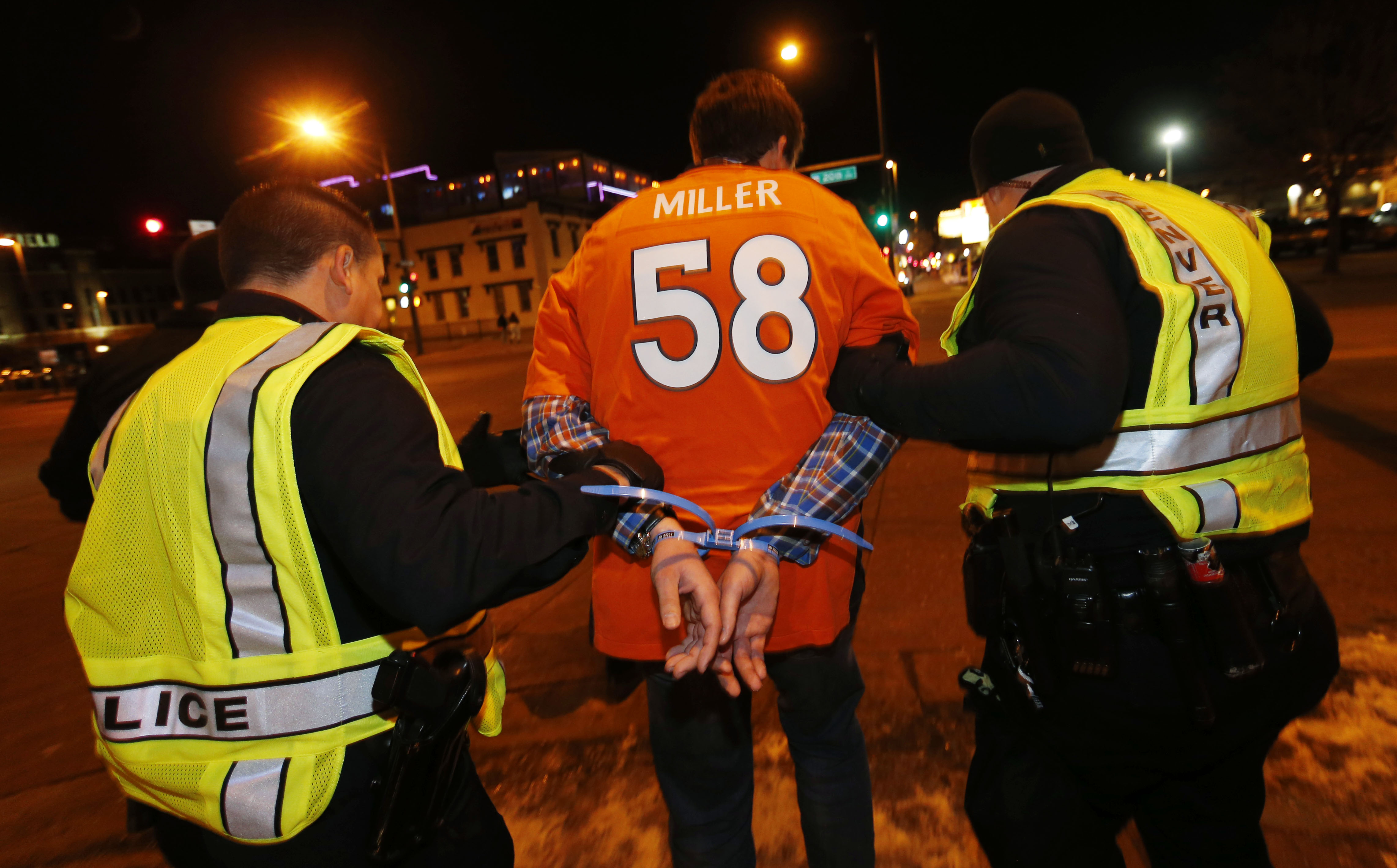 Exit ramps from Interstate 25 to downtown were closed to control traffic to the area. And RTD shut down light rail service near the city center, stranding some fans trying to make it home.

The celebration will continue on Tuesday with a celebration scheduled for 10 a.m. in Civic Center Park, featuring Colorado natives Big Head Todd and The Monsters, 3OH!3 and Funkiphino. A victory parade will start at noon at 17th and Wynkoop in downtown then arrive at the park around 1 p.m.