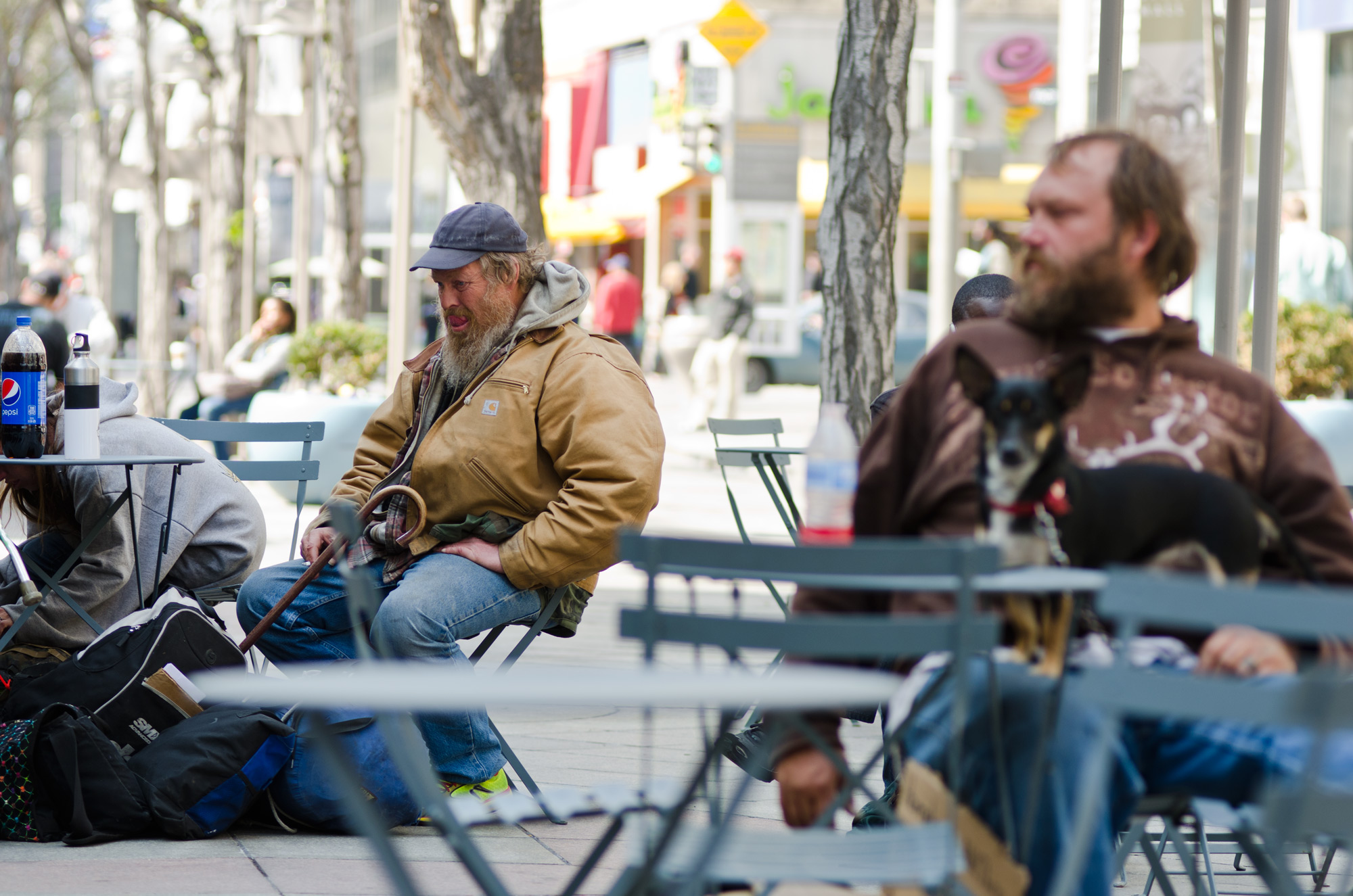 (Nathaniel Minor/CPR News)The "criminalization" of homelessness has cost six of Colorado's largest cities at least $5 million from 2010-2014, according to new numbers from the University of Denver's Homeless Advocacy Policy Project.

The report says laws that criminalize panhandling, camping and other activities associated with being homeless are not the right approach to dealing with the issue.

“In our society, we hope that our laws are just. We hope that they reflect, sort of, their values. And these ordinances simply do not," said Nantiya Ruan, a professor at DU’s law school who edited the report. "They criminalize the very behaviors that are necessary for the people who have to live in the public.” 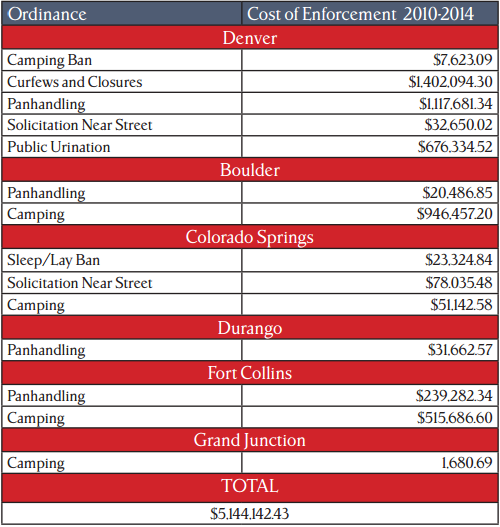 (Courtesy University of Denver Homeless Advocacy Policy Project)Policing, adjudication and jail time make up the lion's share of expenses, the report says. Researchers used detailed data from Denver to estimate that the city spent $3.23 million enforcing five laws aimed at behavior associated with homelessness. They then extrapolated that data to Boulder, Colorado Springs, Durango, Fort Collins and Grand Junction to come up with the $5 million figure.

"If taxpayer dollars were redirected to address root causes of homelessness, local governments would save hundreds of thousands of dollars on enforcement and could begin to end the 'revolving door' of homeless individuals circulating through the criminal justice system," the report states.

The report's authors also found that 76 of the state's largest cities have 351 ordinances that disproportionately affect the homeless -- many of which, they say, are unconstitutional. Laws that prohibit behaviors "inextricably linked" to homelessness -- like begging and panhandling -- violate the First Amendment's protection of free speech, the report says.

The Denver City Council recently passed a plan to house 250 of the city's chronically homeless. The mayor's office on Tuesday announced that the first 25 participants in the program will be housed at a facility in northwest Denver.