Take Greeley for example, where the city council Tuesday night approved an oil and gas project that involves fracking inside city limits. More than 300 people turned out for the meeting, which lasted six hours.

But the most notable thing from Tuesday’s meeting wasn’t the outcome. It was the fact that hundreds of people -- the largest turnout in recent memory -- came to debate a fracking project in Greeley, a city that’s been friendly to the oil and gas industry.

And it comes at a time when two citizen groups are floating ballot measures to limit oil and gas development. 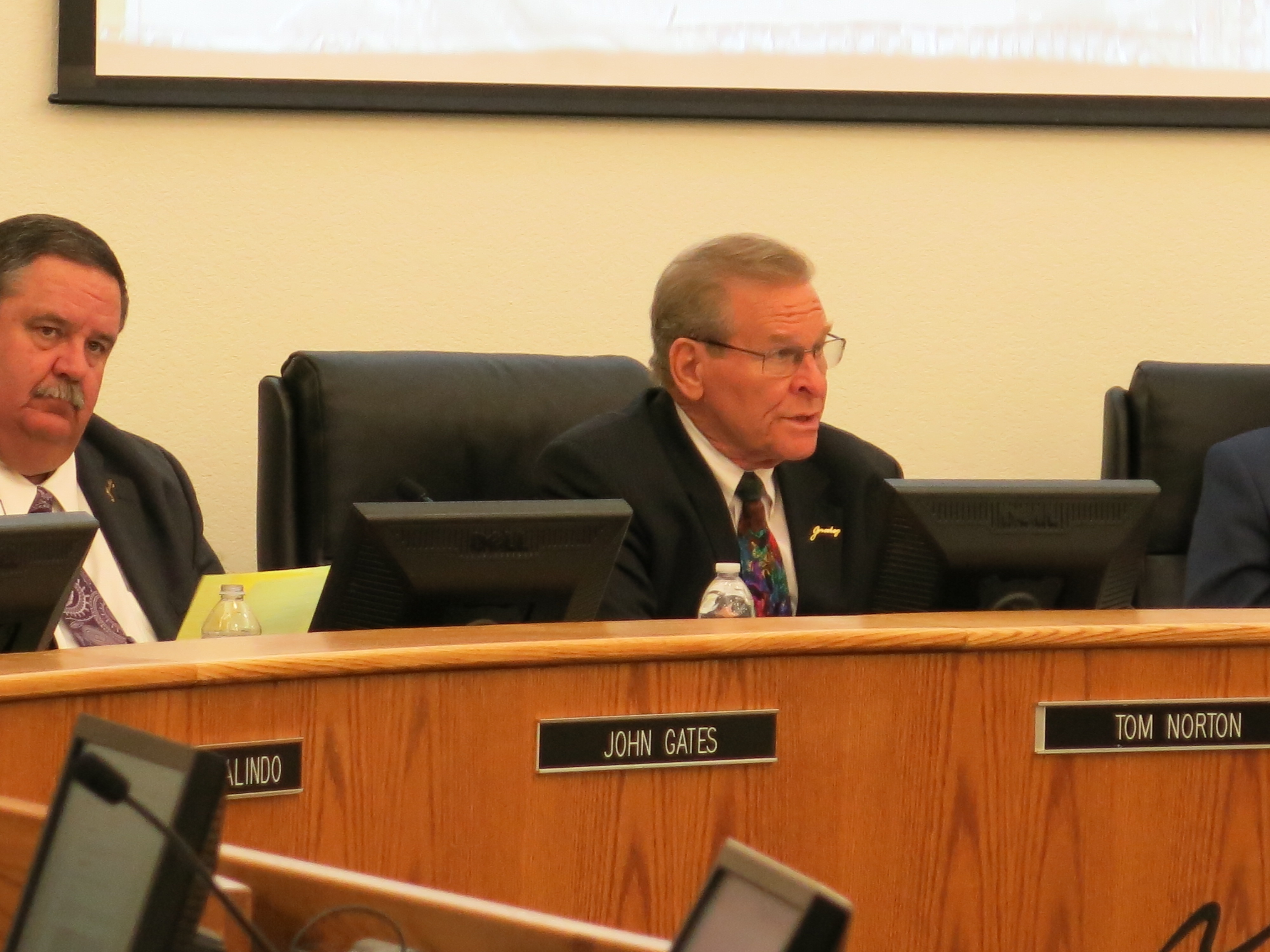 (Grace Hood/CPR News)By the time the Greeley meeting adjourned early Wednesday morning, Mayor Tom Norton looked exhausted. He acknowledged residents' concerns. But said he ultimately had to side with Extraction Oil and Gas.

"The facts were on the side of the applicant," he said.

The company behind the proposal--Extraction Oil and Gas—appealed to Greeley’s City Council after the city's planning commission rejected their project in January.

"This is Extraction’s only available site for these wells. Denying the Triple Creek Application would result in these minerals not being developed," said Attorney Ghislaine Torres Bruner, who represented the company.

Torres Bruner says the company met local and state requirements in its application—and sometimes exceeded them. The distance between homes and the well pad is twice what’s required by state law. 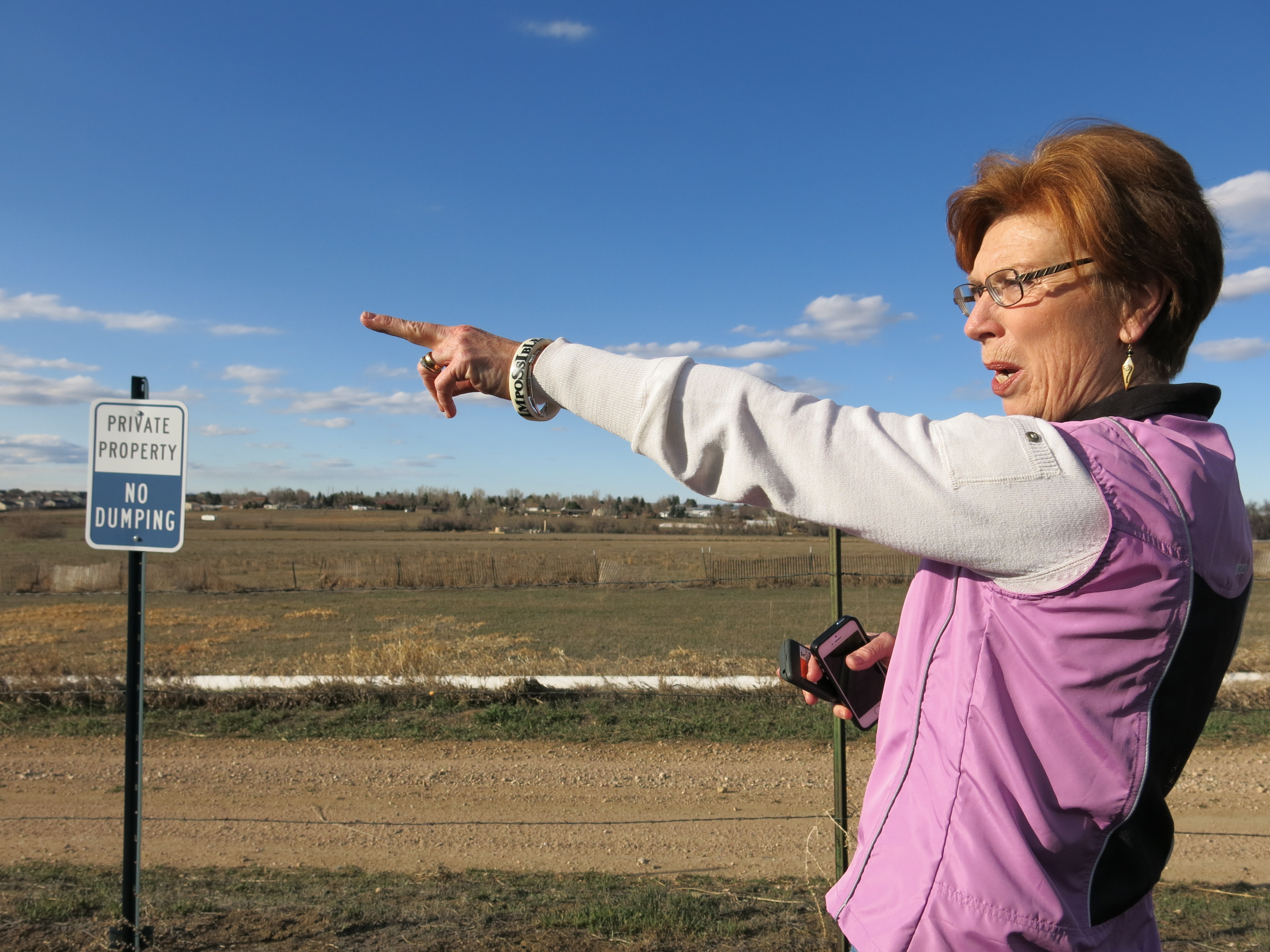 Nadine Worley worried about truck traffic and methane emissions from the site.

"If you rubber stamp this site, you are agreeing to fugitive emissions that will affect us, our children, our grandchildren, our neighbors and everyone else in this city," said Worley.

Bill Jerke, a representative for a business and pro-industry group Fostering Unity and Energizing Leadership said that Weld County has seen drilling for decades. If there were health concerns, wouldn’t it be in Colorado's health data?

"Weld as a whole doesn’t have any different health outcomes than any of the other counties," he said in his public comments.

Fights like these are increasingly common along Colorado's Front Range. Still, resident Lowell Lewis didn't think it would happen in his back yard.

"Just did not ever assume that someone would come in and put a very large industrial facility right here between three neighborhoods," he said.

As for Greeley Mayor Tom Norton, he wondered if the meeting might just be a sign of things to come.

"There’s a lot of emotion out there on the state level," he said. "In some ways this is maybe a precursor to what we’re seeing in political year."

​This isn't the first time Colorado's seen statewide anti-fracking ballot measures. In 2014, environment groups floated several measures until Gov. John Hickenlooper struck a compromise to remove those measures from the ballot by creating the Oil and Gas Task Force.

"I actually think we are in worse condition than we were in 2014," she said.

Henry says the task force did little to help her county, which had to impose a six-week moratorium on new oil and gas development. Henry says in 2016, the prospect of compromise—and curbing another statewide ballot issue—seems almost out of reach.

"There’s a lot of give and take. But if we don’t have that give and take, we’re going to have a very expensive fight on our hands when the ballot comes out."

Voters will have a better idea by the end of April what measures will be on the November ballot. One proposed ballot measure would give cities more control over greenlighting sites. Another would increase setback between buildings and wells. A third focuses on citizens' rights to a healthy environment.

And later this spring, the Colorado Supreme Court will rule on the legality of voter-approved fracking bans and moratoriums. The outcome could draw more scorn from environmental groups.

It’s one more reason industry observers say 2016 is shaping up to be a year that’s anything but normal.