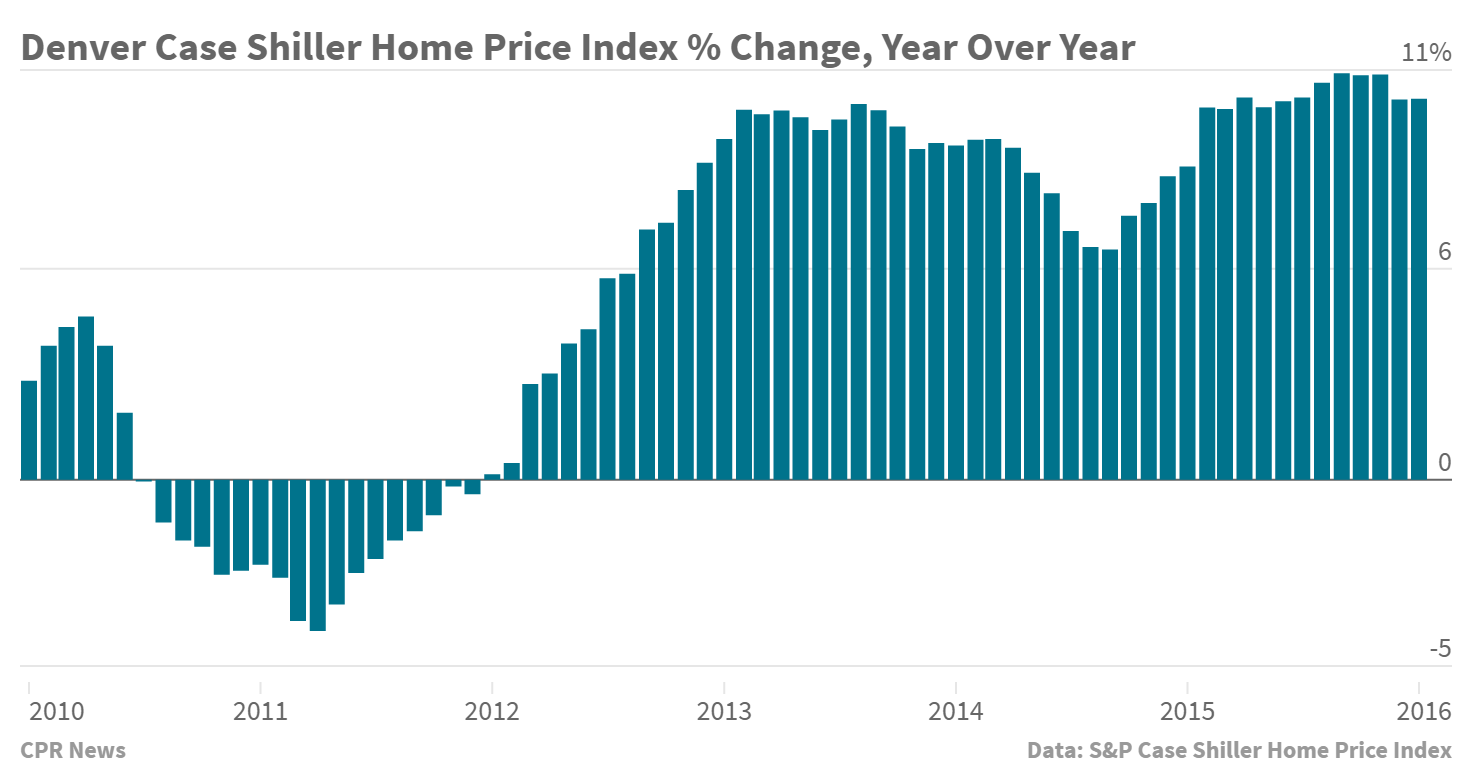 That was the fourth-highest in the nation. Portland (11.9 percent), Seattle (10.7 percent and San Francisco (10.5 percent) saw higher growth.

“Home prices continue to climb at more than twice the rate of inflation,” David M. Blitzer from S&P Dow Jones Indices said in a statement.

Since 2012, when Denver's home market started to heat up, prices have risen by 42 percent.