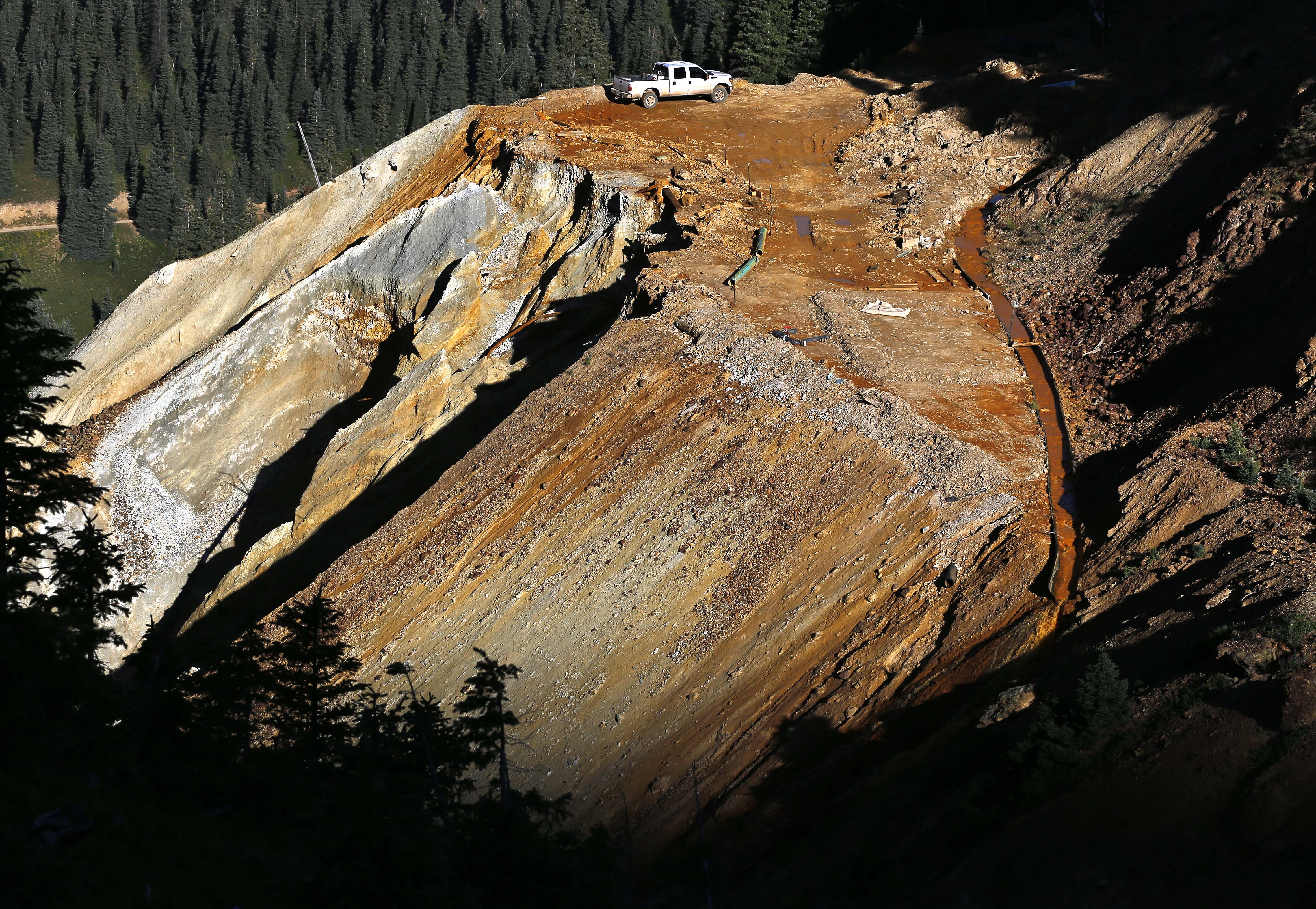 (AP Photo/Brennan Linsley, file)Update 4:35 p.m: The Senate Indian Affairs Committee has issued a subpoena to force the Environmental Protection Agency to testify at a field hearing on a Colorado mine spill that fouled rivers in the West last summer.

Senate Republicans vowed Tuesday to issue a subpoena to force the head of the Environmental Protection Agency to appear at a field hearing in Phoenix next week on a toxic mine spill that fouled rivers in three Western states and on lands belonging to two Native American tribes.

Barrasso chairs the Indian Affairs panel, which is conducting an April 22 hearing on the 3-million gallon spill at Colorado's abandoned Gold King Mine. The Aug. 5 spill contaminated rivers in Colorado, New Mexico and Utah, as well as in the Navajo Nation and Southern Ute Reservation.

If approved, the subpoena would be the first issued by the Indian Affairs panel since 2004, during the Jack Abramoff lobbying scandal. Abramoff was a prominent Republican lobbyist who pleaded guilty to charges including conspiracy, fraud and tax evasion in the purchase of gambling cruise boats. He spent 3 and 1/2 years in prison.

A federal investigation blamed the EPA for the Colorado spill, saying an agency cleanup crew rushed its work, failed to consider the complex engineering involved and ended up triggering the very blowout it hoped to avoid.

Barrasso said the EPA has been "reckless," first in causing the spill and then in failing to address it.

"They took their eye off the ball," Barrasso said of the EPA. "They caused this toxic spill and now they are still not focused on cleaning up the mess they caused."

While the EPA has agreed to provide written testimony, the agency has said McCarthy will not attend the hearing, which is scheduled for Earth Day. An EPA spokeswoman said McCarthy testified before the Senate Indian Affairs and Environment committees on the spill last year.

Barrasso called the agency's response another indication that the EPA "has grown too big, too arrogant, too irresponsible and too unaccountable" to the American people.

"On Earth Day, the EPA ought to be there to confess the failures of the (Obama) administration" to those affected by the spill and specify "what they are going to do to correct it," Barrasso said.

Barrasso cited news reports indicating that McCarthy is likely to be among U.S. officials joining Secretary of State John Kerry in New York at an Earth Day ceremony to sign a global climate change agreement reached in Paris last year. The agreement calls for the U.S. and nearly 200 other countries to reduce greenhouse gas emissions blamed for global warming.

McCarthy would rather be in New York "talking about what happened in Paris instead of going to Arizona to face the people who her agency has abandoned," Barrasso said. "That's what she thinks is more important."

The EPA recently announced it would spend $157,000 to help the Navajo Nation recover costs incurred during the response to the Gold King spill. The money is in addition to more than $1.1 million spent by the EPA in response costs for the Navajo immediately following the spill.

The EPA has awarded the Navajo more than $93 million in grants to develop environmental and infrastructure programs, Harrison said.