Englewood-based Dish Network on Wednesday reported yet another decline in subscribers. But the company still managed to beat profit expectations thanks to lower costs.

Dish Network had 23,000 fewer customers to start this year. 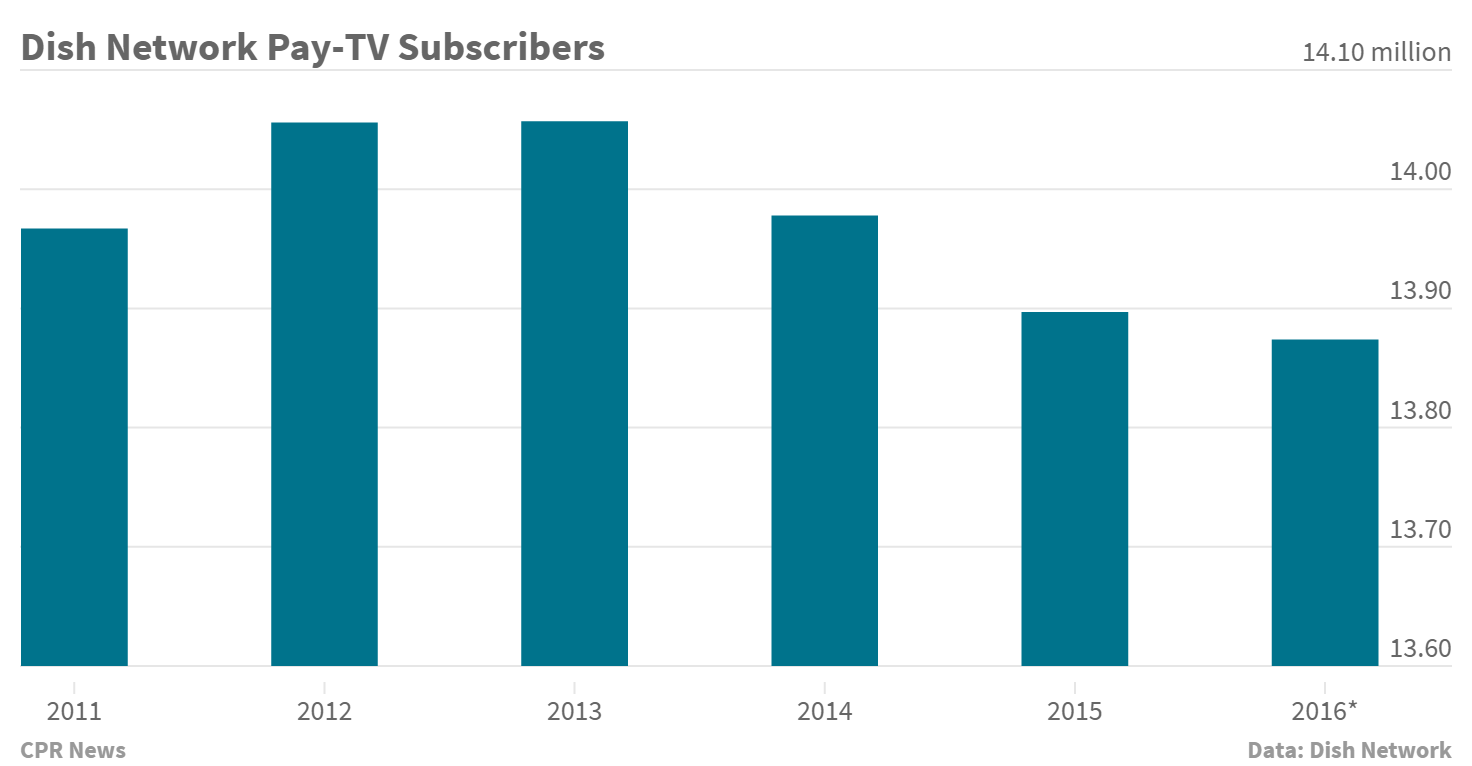 But thanks to much lower interest payments, Dish was able to actually increase profit by 11 percent compared to the first quarter of last year. The company brought in $389 million in profit.

A big concern for the satellite provider is the steady erosion of its subscriber base. It's lost about 200,000 customers in the last couple of years. That’s despite the addition of an internet steaming service meant to appeal to cord-cutters.

That shift in viewing habits is partly why Dish Network’s stock has fallen about 30 percent in the last year.