State highway officials hope the next big rockslide that falls on Interstate 70 won’t be as disruptive as the last one.

The freeway through Glenwood Canyon was closed for five days after the rockslide in February, and was only partly open for weeks after that. But now the major repairs are done, and officials are thinking about new strategies to keep traffic moving smoothly.

David Eller, the Colorado Department of Transportation's regional director for northwest Colorado, told CPR News' Mike Lamp rock slides are common in Colorado -- but this last one was different.

"In this case, there were a lot of large rocks that were loose -- many rocks the size of  a car," Eller said. "We had to bring multiple rocks down. So that closure was longer; the damage to the deck below was a little more extensive. Then you have to break rocks up to move on once you get them down."

Here are more highlights from their conversation:

What's the condition of the freeway right now?

We are all open -- four lanes. And all the work on the bridges and the bike path down below has been completed. We do have some temporary fencing in place right now. And we are going to have to do more permanent fencing repairs. This slide zone has not been an active slide zone in the past. So now we need to go in there and put in some permanent fencing and some netting. And we're hoping to get that completed still this summer. 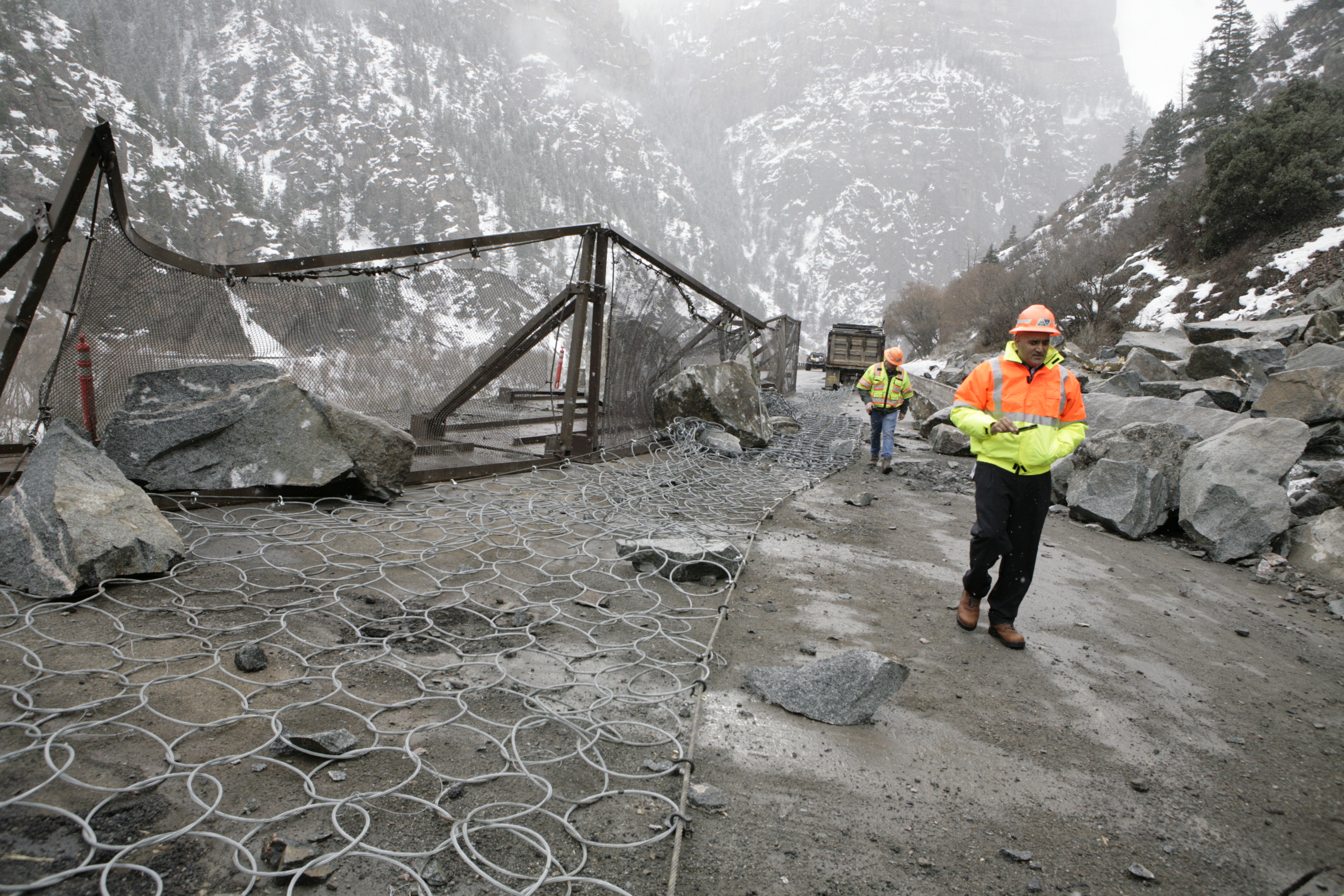 There couple of a kind of longer-term proposals now to mitigate the effects of rocks slides, maybe prevent further rockslides in Glenwood Canyon. What are they?

So back in 2010 we had a serious rockslide there by mile marker 125. And we studied more tunnels, which is very expensive. We studied a rock fall shed. That is pretty expensive. For that one location, the estimates at that time around $30 million.

Basically imagine a bridge over the road built very robustly, so that if rocks fall they will fall on this concrete structure. It's built with soil on top of it so it can kind of catch the rocks and take the impact. However, the risk of that is if you damage the structure and then we have to go and repair the structure, we have to close to traffic for sure. There's lots of complications, but a rock fall shed is feasible.

Like I say, $30 million was the estimated cost for the one location in 2010. It wouldn't have done anything for this rock fall we just experienced. So how many sheds do you put up, right?

One thing we did do in the canyon -- we put in LiDAR technology that actually detects movement of rock. And it won't stop rock fall, but hopefully if we can get better with that, we can warn people when rocks are coming. We could stop traffic.

That's something that's new, this LiDAR technology. How does that work?

Basically you put instrumentation up there on rocks that look suspect. So as rocks move it will set off a warning that things are moving. And then you have other instruments across the canyon that tie in from a camera-type action so that you can see movement. And as that technology gets better and better, the accuracy gets better. If we can better predict rock fall and stop traffic before it would go into a rock fall zone, that certain helps with public safety. So that's an area were really trying to focus some efforts.

When you had to close Glenwood Canyon that means people trying to get east or west across Colorado have a long detour. I understand that there are plans to maybe make a more permanent detour to the south of Glenwood Canyon.

There has been discussion about Cottonwood Pass. Cottonwood Pass goes basically from Gypsum to Carbondale. It's a dirt road with switchbacks. Pretty much a summer road -- it's not even maintained in the wintertime. It was studied when Glenwood Canyon was built as an alternative for I-70 and it was passed over as them being less attractive. But the counties are interested in least talking about improving it as a county road. 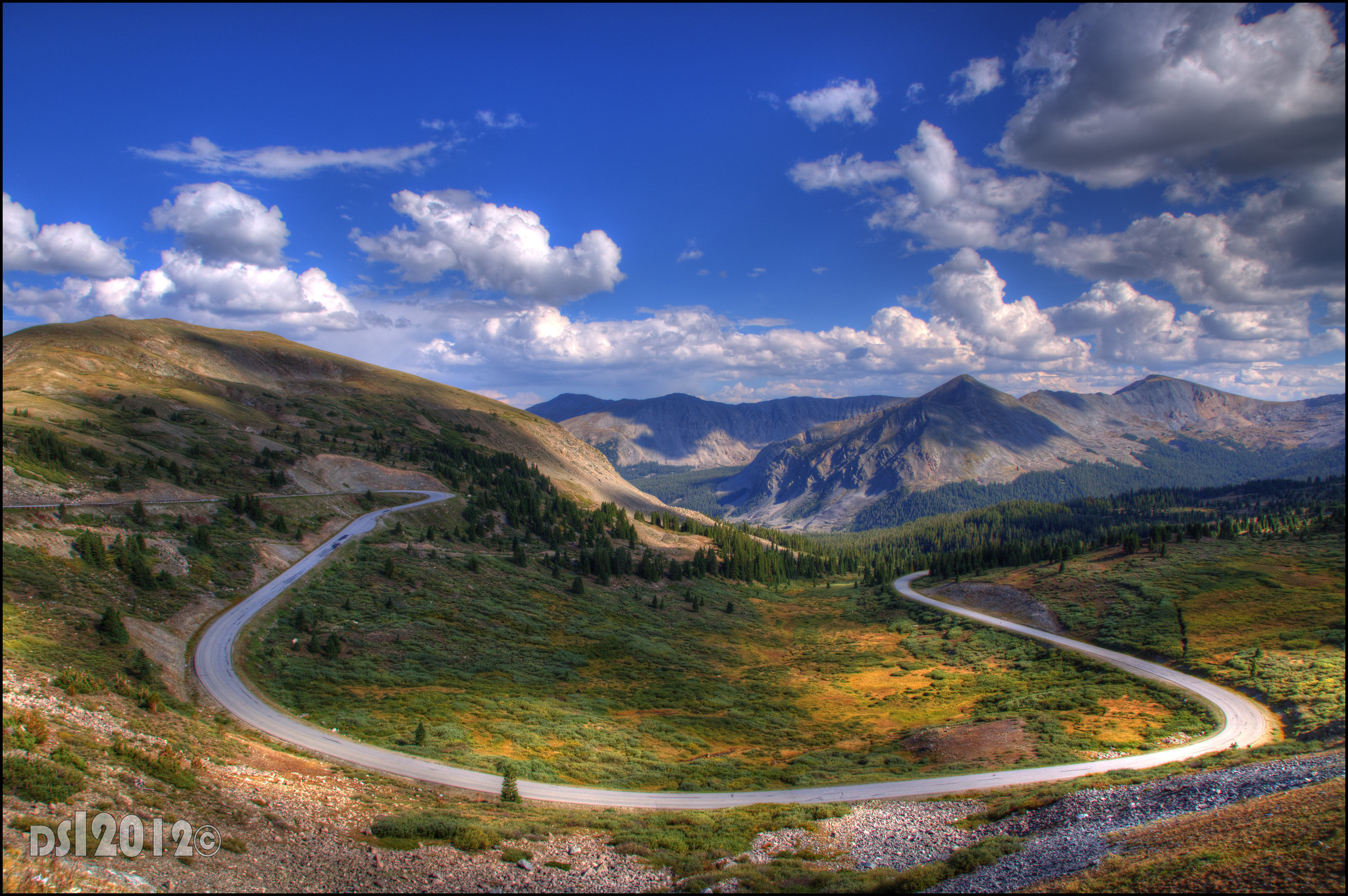 So we're going to have discussions. I think the first step is to pull out all the studies we've done over the years, because there's been several. There are other issues that you have to look at. Those high mountain passes  ... make it more complex than just going out and doing it.