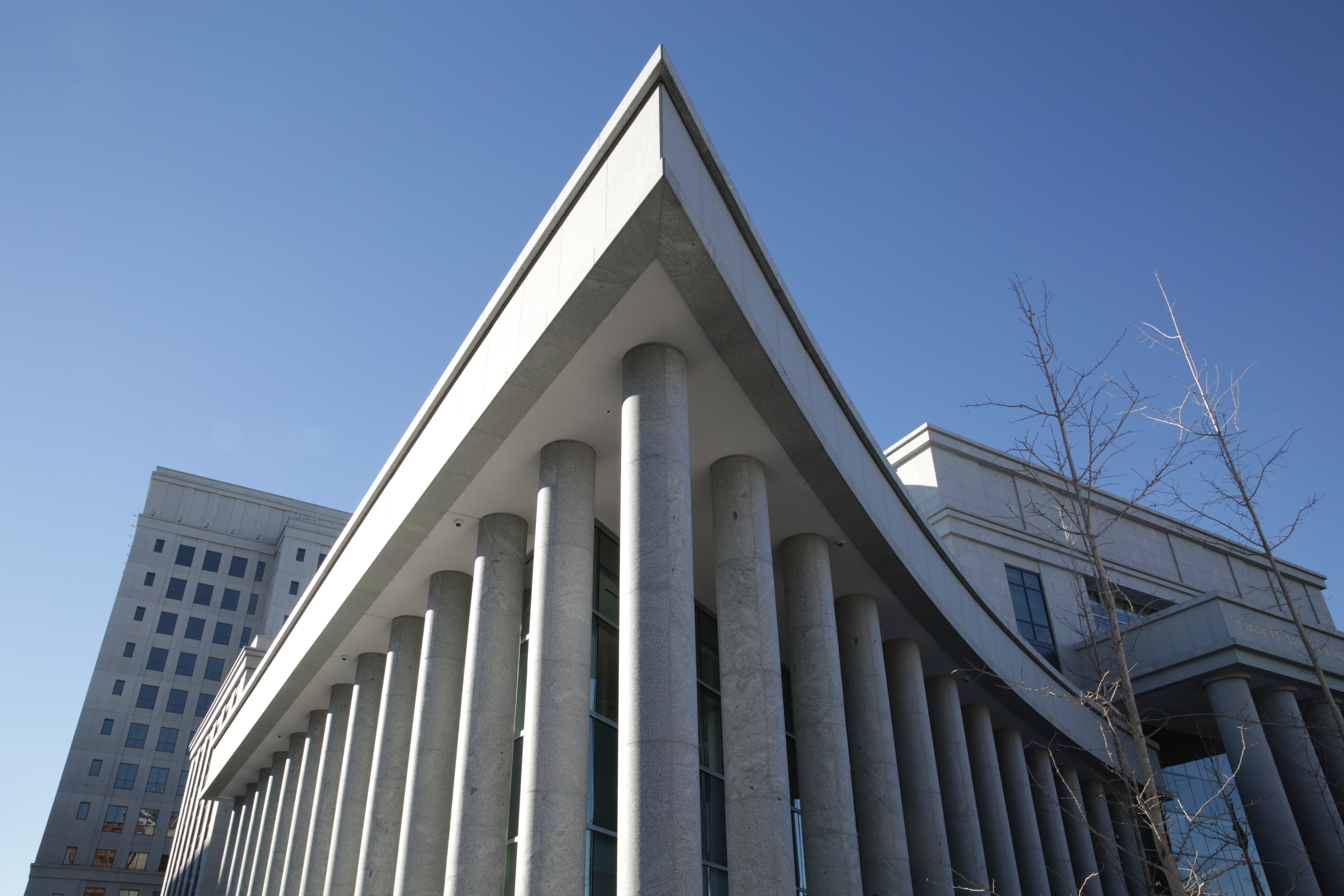 Hart Van Denburg/CPR News)"Judicial retention" may be the lowest profile part of your Election Day ballot, but Colorado’s third branch of government is hoping to get more voters to participate in this often-overlooked category this year.

Here's why: Colorado’s judges are selected by the governor, with the public getting regular chances to weigh in on whether or not they keep their jobs. However, around a quarter of voters skip that part of the ballot.

Much of that fall off in voting is due to people not feeling well enough informed to make a good decision, according to those who study the issue.

Colorado’s Office of Judicial Performance Evaluation compiles recommendations for each judge on the ballot, which are printed in the state’s voter guide and available on a website. But they’re still easily missed.

"You have to have people know that there’s a website in order for them to get to the website," says Office director Kent Wagner. "So that’s sort of the next step. And then make our website appealing, so it doesn’t turn people off as they get on board."

Wagner’s office is experimenting this year with using targeted web ads and social media posts to direct voters to judicial evaluations. It also wants to improve how the website appears on smart phones, to make it easier for people to search for judges when they head into a voting booth or sit down at home with their ballot.

"We’re trying to say, you really do have a say in this," says Wagner. "We give you a recommendation so that you’re informed. But really it’s your responsibility as the voter to get out there and vote."

The voter outreach methods Colorado is implementing were developed by the Institute for the Advancement of the American Legal System, as part of a new initiative to raise the profile of judicial retention elections. The effort goes by the self-deprecatingly self-aware title, "Judges Aren’t Sexy."

"We’d like for the public to know that some judges didn’t pass muster, based on input from court users and professional colleagues," said IAALS’s Malia Reddick.

Colorado is one of six states with this hybrid system to select and retain its judges. A bipartisan panel recommends potential judges to the governor, who picks appointments from that pool. But the public is supposed to play an oversight role, weighing in on judges’ fitness after they’ve have some time in office. And according to Reddick, the evaluation system is key to that.

"If voters don’t have this piece of information about whether judges are actually doing their job well, whether they know the law, whether they’re impartial, whether they communicate well in their opinions and when they’re in court… they can’t, as we like to say, hold judges accountable in the right way," says Reddick.

In 2014, out of 166 judges on Colorado's ballot, the state’s evaluation commission recommended three should lose their jobs. Only one was voted out of office.