National Oceanic and Atmospheric Administration satellite data show that more than one-third of humanity can’t see the Milky Way at night. Across the U.S. and European populations, about 99 percent of people live under light-polluted skies.

The new findings come from a world atlas of artificial night sky brightness. Interactive maps show just how much light pollution there is across the globe. The most light-polluted country is Singapore, followed by Kuwait and Qatar.

The East Coast cities of Boston, New York City, Philadelphia and Washington D.C. make up one of the largest areas where the Milky Way is no longer visible. But there is good news: NOAA physical scientist Chris Elvidge said Colorado—and the West—have darker skies.

"That includes mountain areas, also places like Pawnee National Grasslands. So we’re lucky that our state still has substantial blocks of land that have near pristine sky conditions," he said. 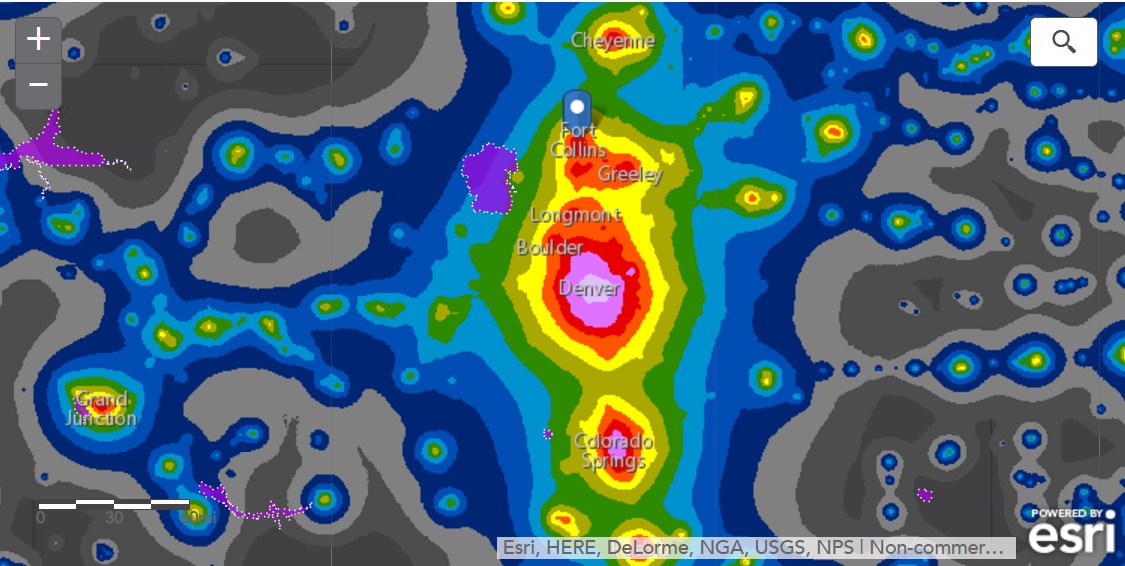 Light pollution is not a new phenomenon. Skies around urban centers started to become brighter as the U.S. economy transitioned in the 1900s away from agriculture, and more people moved to city centers.

"By now we have multiple generations of people who have grown up in our urban centers who have not been able to see astronomical features clearly," said Elvidge. "They don’t know what they’re missing."

Over the last decade, the National Park Service has started to take note of the growing luminescence at night. NPS scientists have begun measuring light pollution across several Colorado parks, as CPR reported last March.

While NPS scientists use spectrometers and other equipment on land to measure the pollution, Elvidge and other scientists involved with the Atlas used data from NOAA weather satellites. 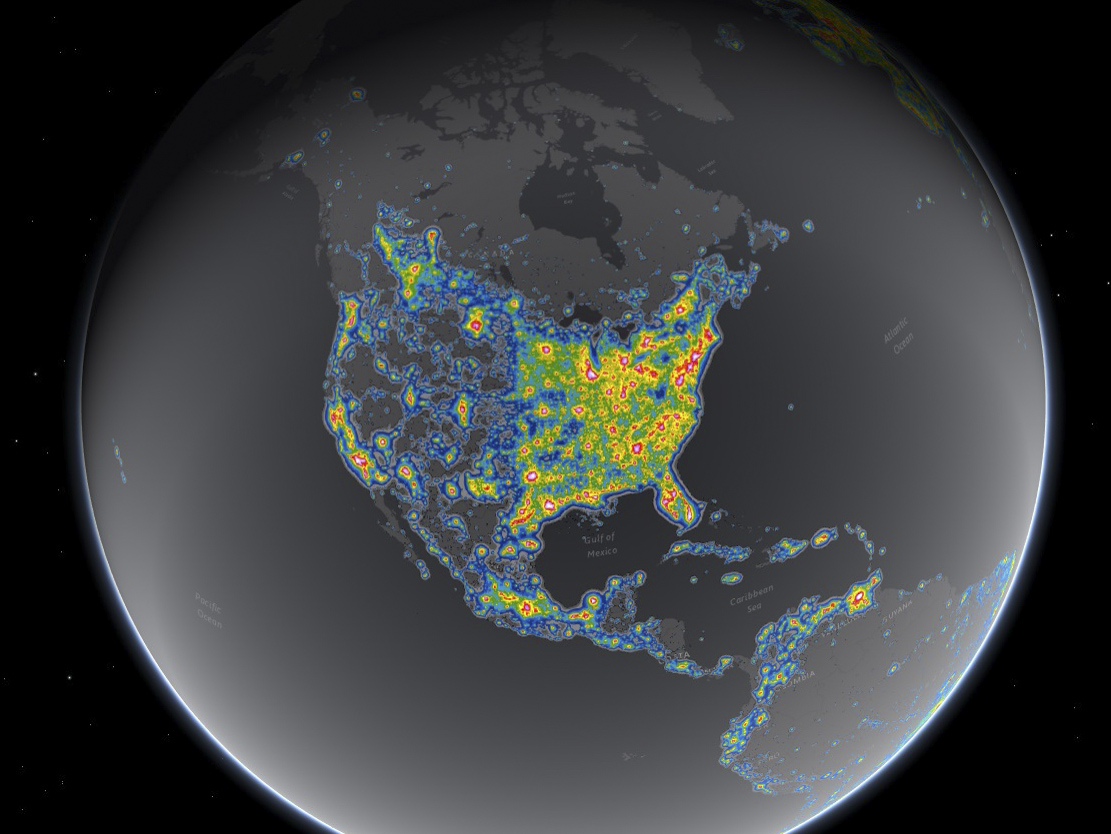 "It’s basically the light that’s escaping earth and heading out to space," he said.

Scientists took a full year’s worth of data, discarding sunlight and moonlight data, and averaged the radiance of light over the course of a year.

When asked how he hopes the atlas will be used, Elvidge says it will be most useful to astronomers who want to know about visibility of sky features, and those seeking the most pristine views. He’s also excited about its usefulness to scientists who study the biological impacts of artificial sky brightness on animals and humans.

Light pollution is expected to grow worse as many cities add LED street lights. Some cities are changing the filter on the light so they appear warmer like what many traditional high-pressure sodium street lights look like.

"There are LED lights that are more evenly balanced, but the ones that are being made and sold are skewed toward the blue. So they have a brilliant white appearance to our eyes," he said. "Conversion of street lights and outdoor lights to those bright LEDS is actually going to make light pollution worse."

Whatever direction cities go with the street lights, scientists like Elvidge will be there to measure and study the impact.