Editor’s Note: This story is part of an ongoing reporting project at CPR News on public art and how the arts are funded. If you have a story idea or a question email us at arts@cpr.org.

The second annual Breckenridge International Festival of Arts spans 10 days and brings circus acts, concerts, dance performances and more--for the cost of around $250,000. Most of that money comes from the town, which has recently made the arts a major priority.

Last year Breckenridge announced it spent $25 million to build its cultural profile. That gave way to a handful of new events aimed at attracting  artists from the region and beyond. Breckenridge resident Dina Sanchez got $1,500 to create “Botanical Weavings,” an instillation for this week's festival.

“I am taking branches, pines, grasses and flowers and I’m weaving them through the woods,” Sanchez said. “The entire trail is part of one big exhibit.”

Sanchez said this project -- which is part of a program called Trail Mix -- isn’t about the money though, and she plans on donating her funding.

“To make our community diverse, that’s what it’s all about,” Sanchez said. “People just thought about Breckenridge as a ski town, now there is so much more.”

The nonprofit Breckenridge Creative Arts is at the center of the initiative. The organization, known as BreckCreate, has an annual budget of about $2.5 million with most of that money coming from the town through a sales tax.

BreckCreate hosts events and oversees the cultural venues, including an $8 million arts campus near downtown. 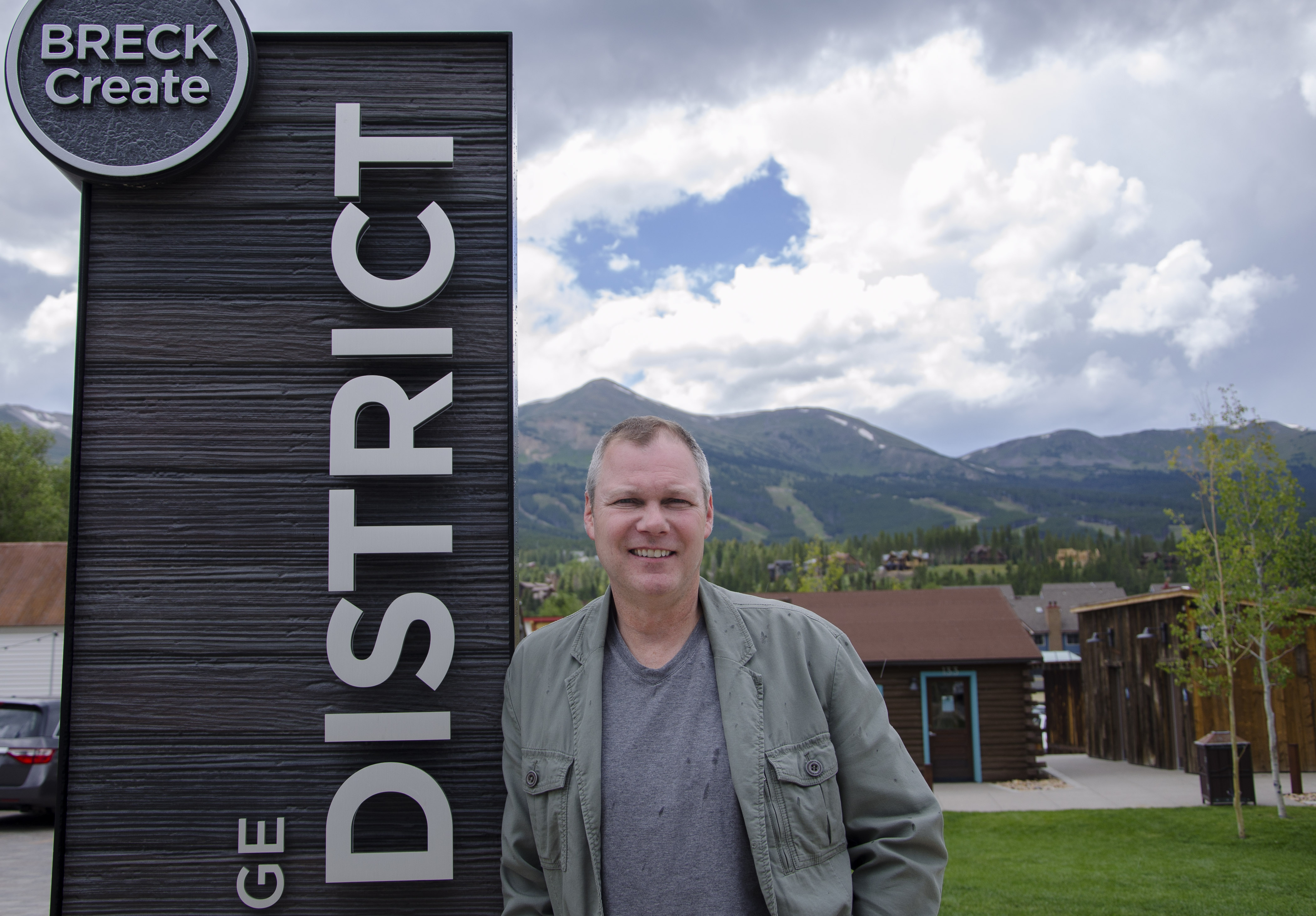 “This is a campus made up of eight different creative studios,”said Robb Woulfe, president and CEO of BreckCreate. “And we have a couple live-work spaces here for guest artists.”

There are studios for glass blowing, textiles, ceramics and more. Most of the buildings were renovated, like the Fuqua Livery Stable: an old horse barn that now houses painters and illustrators. Woulfe said this campus represents the town’s larger commitment to arts and culture.

The idea started about a decade ago when Breckenridge considered putting a roof over its Riverwalk Center. The amphitheater is home to the Breckenridge Music Festival and the National Repertory Orchestra, and now the enclosed venue is an anchor for the town’s cultural scene. It’s adjacent to the BreckCreate offices and the Blue River Plaza, an outdoor public gathering space.

It’s steps away from the shops and restaurants that line Main Street, like The Crown cafe, which has grown over the last few summers. Owner Brett Cox said one reason for that growth is the fact that there are more cultural events in town. But he adds that more activity and more visitors also brings challenges. 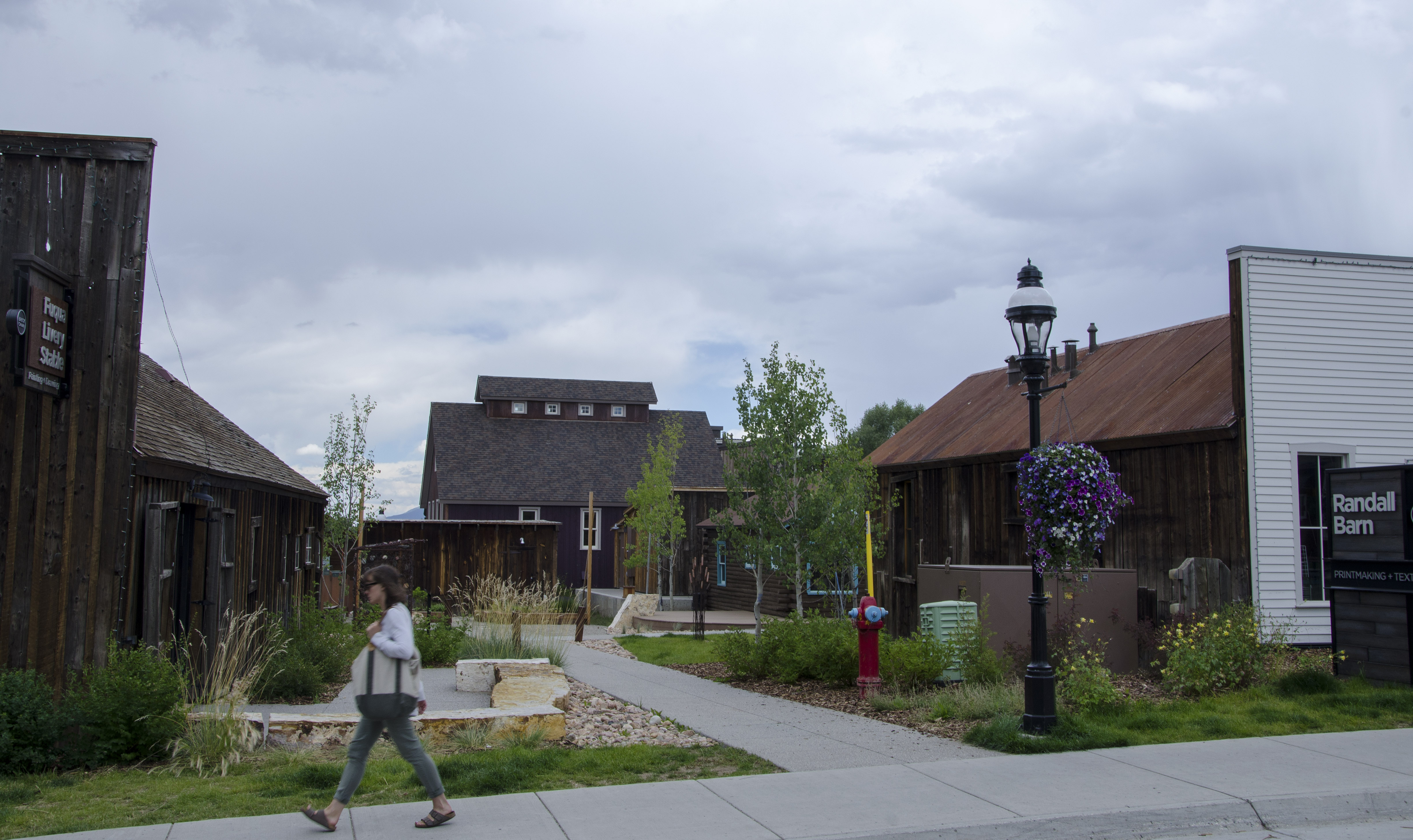 A lack of affordable housing is also a big concern in the town. Cox shares stories of some of his employees who live in cars; some by choice and others because they don’t have another option.

“It’s definitely a problem,” Cox said. “I know some people that live under a staircase or share one bedroom with four people to make it more affordable.”

Town council member Elisabeth Lawrence said she knows about the affordable housing concerns and other needs.

“Parking and transit, maybe an aging population -- these are things that we’re looking at,” Lawrence said.

Lawrence ran for town council two years ago on a platform that emphasized the town’s push for arts and culture, and she said the revenue from these initiatives can help with the other challenges that the town faces.

“Our tourism is going to continue to grow, and that’s going to help us provide this infrastructure that our town needs,” Lawrence said.

Breckenridge also has one of the newest creative districts certified by Colorado, and that brought about $30,000 worth of support from the state.

BreckCreate has now been around for a year and a half. The organization has founded other big festivals too, like the Fire Arts and WAVE: Light + Water + Sound festivals.

Woulfe said as this effort expands, the goal is for the nonprofit to become self-sustaining. That means a greater mix of ticketed events and classes along with free events and public art.

“We were seeing sort of the creative development in Aspen, in Telluride, even Steamboat,” Woulfe said. “And Breckenridge really wanted to be a player within this.”