CPR’s Fellowship Program is helping the next generation of public radio professionals to launch their careers. At the conclusion of its inaugural year, two aspiring young professionals have gained valuable experience and connections while two more are beginning a year of work alongside CPR professionals to develop their talent, hone their skills and set a course for their careers.

Below, meet the incoming fellows and read the outgoing fellows’ reflections on a year at Colorado Public Radio.

“I want to become a journalist in Colorado,” said the Littleton, Colo., native.
“Working for CPR has been my number one goal for a long time.”

With a bachelor’s degree in English education, Sakas is pursuing a master’s degree from Colorado State University (CSU) in journalism and technical communication. She got her start in journalism doing the 1 a.m. shift on the student radio station, KCSU. She went on to interview many bands similar to what you hear on CPR’s OpenAir, like SHEL, and later served as station manager.

Sakas was also editor-in- chief of CSU’s student newspaper during the 2012 Aurora theater shooting and led the CSU student news effort on that story. She got an interview with incoming-freshman CSU football player, Zack Golditch, who was injured in the shooting, when he was hesitant to speak with other media outlets.

Now, she’s applying her reporting skills and sharpening her journalism chops as part of the CPR News team.

“Getting the opportunity to work for a news organization as high caliber as Colorado Public Radio was a dream come true,” Sakas said. “It’s such a huge honor, and with that comes a lot of responsibility to report accurately, present balanced voices and be the best journalist I can be.”

When Rebekah Romberg got the call from CPR offering her a year-long fellowship developing audio content for Colorado Public Radio’s music services, she was filled with “so much joy.”

Romberg’s early memories involve NPR’s “Morning Edition” theme song, as her parents regularly tuned in to public radio. In high school, the Evergreen, Colo., native realized she found public radio programming interesting, and by the time she was in college, she was managing the campus radio station, KCSU, at Colorado State University (CSU).

She started as a news reporter for KCSU with a music show on the side but eventually recognized her true passion was with music. Her bachelor’s degree in journalism and media communications from CSU will serve her well, as she joins the CPR music team in sharing great music and the stories behind it and learns what it’s like to work for a professional radio network.

Although he wrapped up his fellowship at Colorado Public Radio in June, Sam Brasch will remain a fellow a bit longer. He was one of 10 postgrads selected for the UC Berkeley-11th Hour Food and Farming Journalism Fellowship, a new program established by food-focused author and journalist Michael Pollan.

As part of his work in this program, Sam is writing a longer feature story on an Israeli animal rights activist and slaughterhouse transparency—and he’s using the reporting, investigating and story pitching skills he cultivated at Colorado Public Radio.

“I’m a much more thoughtful, concise journalist now. I can identify narrative arcs that exist in the real world, and I have a clear idea of what you need to make something work on the radio, much of which translates to print,” Brasch said. “Working at CPR made me a better writer, period.”

Although he’s many miles from Colorado now, living in Austin, Tex., Brasch thinks often of what he learned and whom he met at Colorado Public Radio.

“When I’m writing, I think, ‘How can I make this story really compelling? What kind of headline should I write? What would Megan Verlee or Ben Markus think of this story?’”

Brasch was sad to leave CPR but hopes to be back working in public radio soon.

“The CPR newsroom is an incredibly happy, supportive place, where people get along, are smart and know that what they’re doing actually matters,” he said. “The CPR fellowship was a powerful experience for me.” 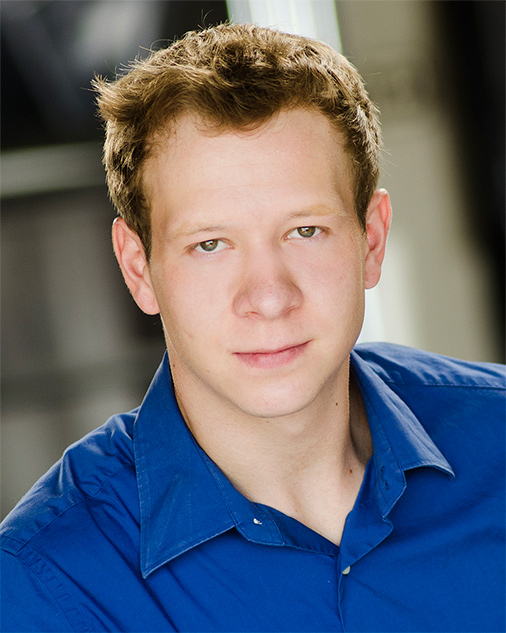 When Andrew Randall arrived at Colorado Public Radio, fresh from Colorado College, he dreamed of hearing his own original music used in a podcast. Now, just a year later, that day is within sight.

The organization’s first music fellow completed his work in June with an opportunity already lined up to compose music for “Hard Call,” a new podcast about tough decisions in health care. He learned about the opportunity through people he met at CPR.

As music fellow, Randall played a big role in developing a story that earned CPR its first-ever CBA award for content produced by its music services. In March 2016 with Digital Editor Brad Turner, he co-produced a story about an Israeli-American composer who was inspired by a painter who died in the Holocaust, which the Colorado Broadcasters Association recognized with a certificate of merit.

Now, in addition to writing for a podcast, he’s doing sound editing work for an organization called Books to Life, which records audio books for people with sight impairments.

“The CPR fellowship was a great experience, and I was lucky to get the mentorship that I did,” said Randall, who would like to continue working in public radio. “I’d be proud to be in the shoes of any of the people on the CPR staff.”