A federal lawsuit filed Thursday blasts the city of Denver over its “outrageous treatment” of homeless people during recent sweeps of downtown encampments.

The suit, filed in Colorado’s U.S. District Court, claims the constitutional rights of thousands of homeless people were violated when police and other city workers cleared camps in the Ballpark Neighborhood in March.

City officials said the camps sprawled along sidewalks near Coors Field were a health hazard and that city departments reached out to connect those displaced with shelters and other services.

But attorney Jason Flores-Williams, who filed the lawsuit, claims the city conducted illegal searches and seizures when they destroyed the property of homeless people during the sweeps. 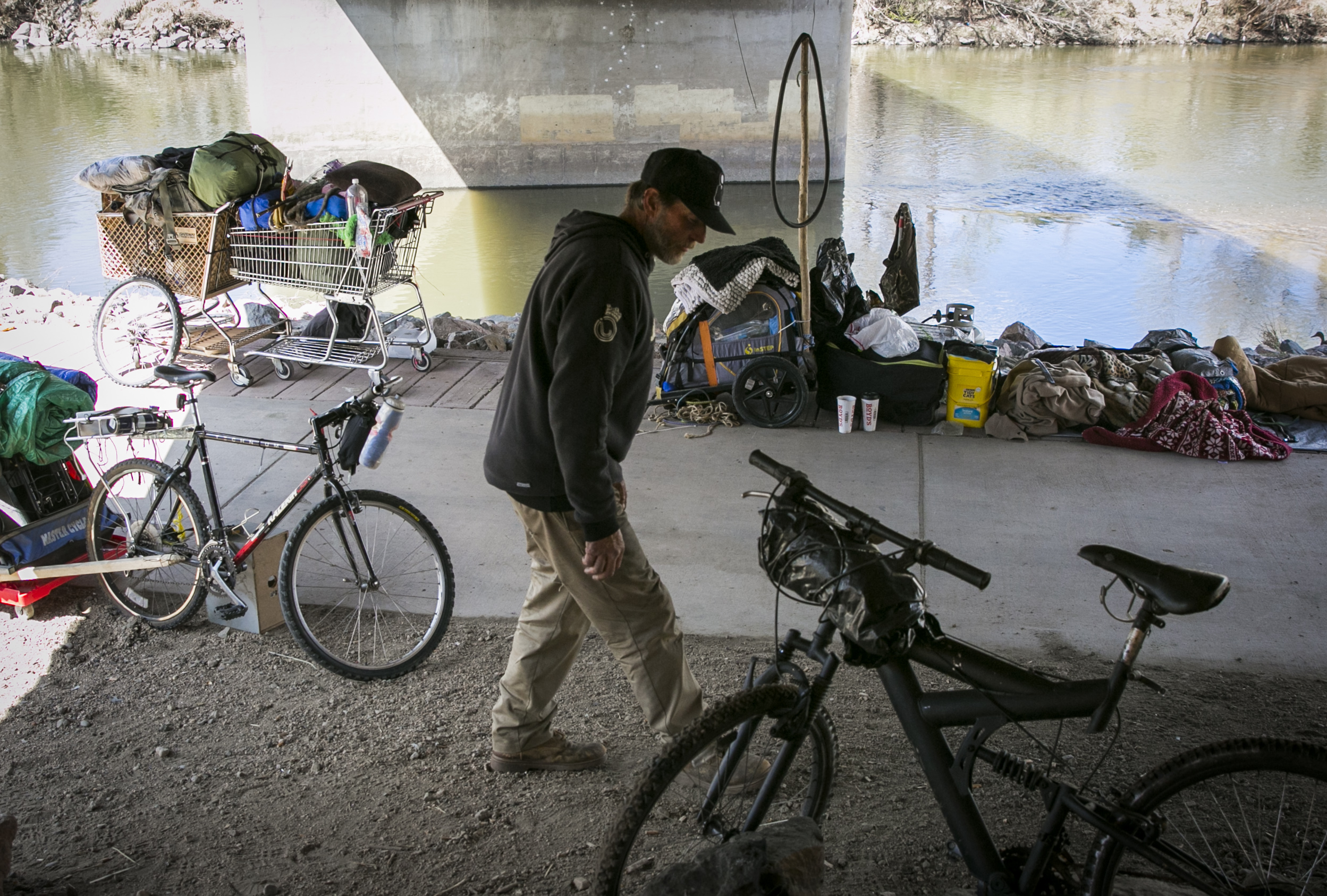 “The city of Denver has engaged in these policies of unconstitutionally trying to sweep those people they consider to be undesirable out of the downtown area,” Flores-Williams told CPR News.

Denver interim City Attorney Cristal DeHerrera said in an emailed statement that the city had yet to be served with a lawsuit.

“Once we receive the complaint, we will evaluate the claims and respond to them,” DeHerrera said.

The suit alleges that the city’s “crackdown on the poor and homeless” increased “with great ferocity” after the city enacted an urban camping ban four years ago. The city’s sweeps targeted those deemed “undesirable”, the lawsuit states.

“One can hardly imagine more vindictive and unconstitutional treatment than being tired, poor and exhausted and not being allowed to sit down and rest in a public space without being immediately ordered to get up and move,” the lawsuit reads.

The city did give notice of the sweeps and warned that any items left in camp sites would be destroyed. But the lawsuit alleges the city moved “without notice or inadequate notice” and that homeless people had to stand by while their belongings were thrown into dump trucks.

The lawsuit claims the city violated several constitutional amendments, including due process rights. And it claims homeless people were subjected to cruel and unusual punishment.

Several homeless people are listed as plaintiffs in the lawsuit. The suit seeks an injunction ordering the city to stop the sweeps and a declamatory statement condemning the city for its actions.

Flores-Williams said the city stripped away people’s dignity. And he likened the actions to discriminatory Jim Crow laws.

The city aimed to end homelessness 11 years ago through its Road Home program. But an audit last year found several problems with the initiative.

A proposal currently moving through the City Council would set up Denver’s first dedicated fund for affordable housing, which supporters say could help provide attainable housing for those who are struggling to find homes. And there are several city and non-profit programs across Denver that provide services for the homeless population.

But Benjamin Dunning of Denver Homeless Out Loud said the city hasn’t done enough to help the homeless.

“I mean, the city could spend the money to be putting folks into housing, or they can spend the money paying a bunch of police officers and public works officials to throw people’s stuff away and push them around,” he said.