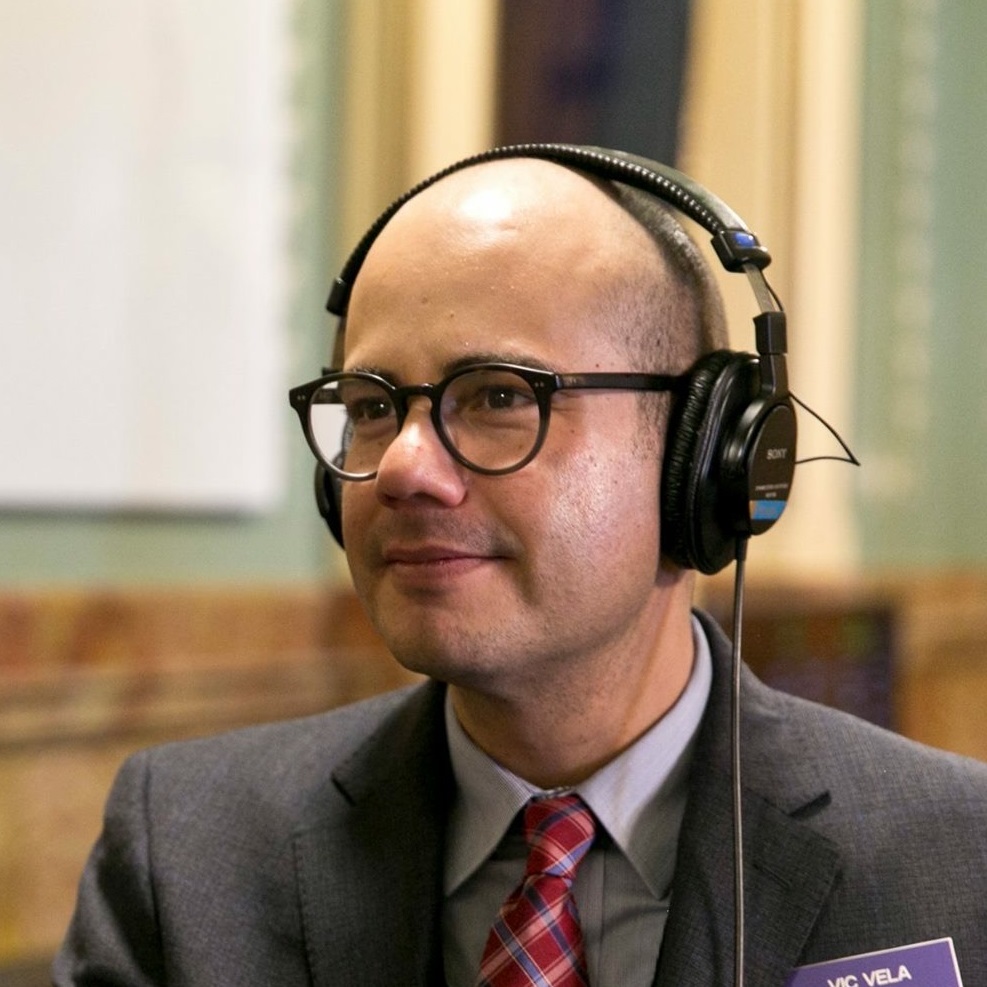 Vic Vela is a host and reporter for CPR News. Vic is a Colorado native and was the first member of his immediate family to attend college.

Professional background:
Vic started his career as a sports anchor/reporter for an NBC affiliate in Texas. He also worked for newspapers, including as an investigative crime reporter for the Albuquerque Journal. He has covered government and politics in Colorado, and was a five-year member of the Colorado Capitol Press Corps.

Nowadays, Vic is a news and podcast host for Colorado Public Radio. He’s also an affiliate journalism professor at his alma mater.

For 15 years, Vic suffered from a crippling addiction to powder and crack cocaine. He’s been in recovery since 2015. After testing positive for HIV in 2006, the virus has long-been undetectable thanks to his rigorous adherence to antiretroviral therapy.

He’s the host of “Back from Broken,” a podcast about recovery and comeback stories from Colorado Public Radio.

Awards:
Vic is a four-time Edward R. Murrow award-winning journalist and has won more than a dozen other journalism awards nationally and in the Rocky Mountain region. He’s also been recognized for his work advocating for mental health and addiction awareness and often tells his recovery story at health and wellness conferences across the country. In 2020, Vic was named the Colorado Media Person of the Year by the Public Relations Society of America.