Voters decided on a record number of school funding measures Tuesday night as 44 districts asked for about $4.4 billion in total tax measures. About two-thirds of the 65 measures in play passed.

Lisa Escárcega. executive director of the Colorado Association of School Executives, said the districts that passed measures feel a very temporary sense of relief. But the ones that didn’t pass measures or can’t bring them to voters are worried.

"I think they’re greatly concerned for the quality of education in our state," she said.

In the capitol city, there will be money for renovations, cooling systems, computers, early reading intervention and more school psychologists and social workers.

"It’s just an extraordinary opportunity for our kids to have these windows of opportunity open and for both our children and teachers to receive the supports that they need and deserve," Boasberg said.

Denver voters are almost always willing to support schools, and Boasberg knows that’s not the case for all districts. Many were forced to go to local voters because of the lack of state funding. Colorado is in the bottom 10 nationally in state spending per pupil.

"Right now we see a shortage of almost a billion dollars statewide – over a thousand dollars per pupil in terms of statewide support," Boasberg said. "We as a state currently fund our kids at $2,500 less even the national average and this is a state that is one of the wealthiest in the country."

Gov. John Hickenlooper’s recent school budget proposal doesn’t keep pace with inflation or the increase in enrollment next year – about 10,000 new students. So going to the ballot at the local level was districts’ only option.

Many rural districts with struggling economies struggled at the ballot box. One of those is RE 1 Valley in the northeastern plains, where band students play on broken down instruments. Its measure failed. Superintendent Jan DeLay says state cuts have meant $2 million less each year.

"We’ve been doing this for the past seven years," DeLay said. "Now, the amputations begin. There’s no more trimming hairs." 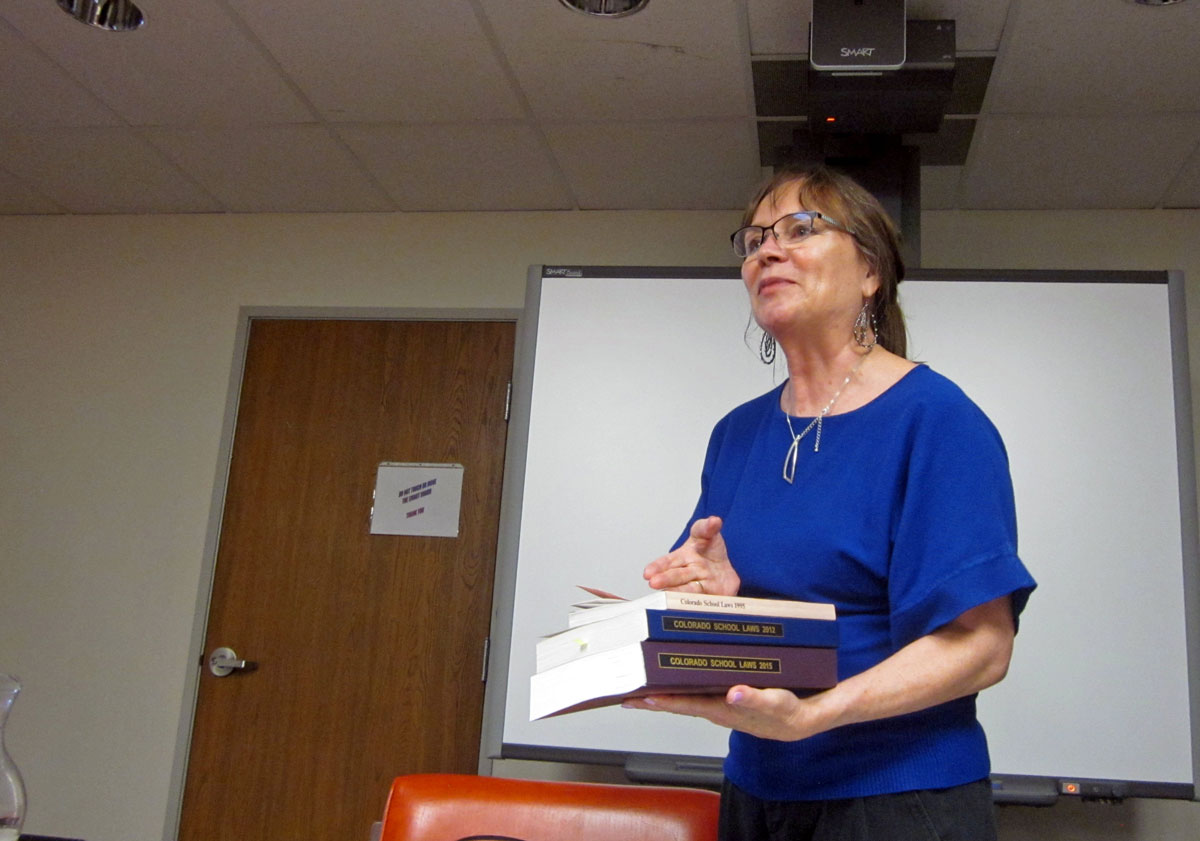 DeLay said class sizes will increase and the school board may look at cutting athletics -- basically anything not tied to the core curriculum.

DeLay said the economy played a role. She said commodities for farmers are at an all-time low. And Bass Pro Shops is buying Cabela’s, the outdoor recreation chain; nearly 400 people in Sterling work for a nearby Cabela's. DeLay said job instability was on their minds.

Greeley-Evans School District 6, meantime, has never passed a property tax increase for schools and voters continued that tradition. Tom Norton, Greeley’s mayor and co-chair of the committee for ballot measure 3A, said voters would tell him the schools aren’t spending the money right.

"Most of the time when you could get enough time to explain what was going on, most of them agreed," Norton said. "But there’s always about 30 or 40 percent of the people who are going to vote ‘no’ regardless of what you tell them. We just didn’t reach all of the people we needed to reach."

Other large districts where measures failed include the Thompson school district in the Loveland area and Colorado Springs District 11. Backers in Colorado Springs had hoped to put school resource officers, security cameras, nurses and psychologists in more than 50 schools.

"People just don’t want to see an increase in taxes," said Jan Martin, who volunteered with the campaign.

Vanessa Fritzsche, an Englewood parent, said the long ballot made it a challenge to explain schools’ often complicated situation. She said peoples’ houses in Englewood were built around the same time as the schools. As she went door to door, residents would say, "My house is fine. Why aren’t the schools fine?”

She’d explain that education is entirely different now than it was in the 1950s. Everything from security to HVAC systems are outdated and new ways of teaching, like flexible grouping, means modern schools aren’t designed like they were in the ‘50s.

The bond and mill levy override passed and will pay for five new schools. Districts that lost at the ballot could take a page from Adams 12 Five Star’s playbook.

"It’s like nothing I’ve ever seen in all the years I’ve been part of Adams 12," said Adams 12 Superintendent Chris Gdwoski.

He credits a massive organizational effort to pass the bond. A citizens committee met for a year to prioritize the needs. The district hosted a telephone town hall, and had multiple gatherings to explain what schools needed and why.

"Hundreds of volunteers, a canvassing effort that had 400 to 500 people knocking on doors a couple of weeks ago," Gdwoski said. "What we saw is a community that feels like investing in our kids is investing in our community’s future."

The 6th annual Colorado Matters Holiday Extravaganza returns to the Newman Center for the Performing Arts on Dec. 8! Host Ryan Warner will take the stage for a show resembling our Holiday Extravaganzas of yore (this time with masks and vaccinations). For performers and ticket information, click here.