From the outside, it looks like the craft beer industry is living a charmed existence. Hundreds of new breweries have opened in Colorado in recent years. And one estimate puts the economic impact of the state’s craft beer at $1.7 billion.

Still, problems have been brewing.

“It’s a lot of soul searching about what it means to be a craft brewer at this time,” said Ed Sealover, a Denver Business Journal reporter and author of two books on Colorado beer.

The craft beer industry has gone from a few cases of beer at the local liquor store to 12 percent of the market in the U.S. Big beer companies like Anheuser-Busch InBev, the parent company that controls brands like Budweiser and Michelob, have taken notice. They’ve been buying up craft breweries -- including one of Colorado’s oldest brands, Breckenridge Brewery.

That was a problem, Sealover said. The purchase essentially gave AB InBev a seat on the board of the Colorado Brewers Guild, which represents the craft beer industry.

“And [the craft brewers] said, ‘Look, we are fighting for our lives against big beer now. And big beer has infiltrated the group that’s fighting it. This just isn’t going to work,’ ” Sealover said.

A Temporary Break Up

To many in the industry, AB InBev is public enemy number one. In June of this year, 14 companies temporarily split from the Colorado Brewers Guild to form a new association.

“Nobody who formed the guild ever thought that their breweries would be as big as they are or that the industry would look like it does today,” said Brian O’Connell, who runs Renegade Brewing. His brewery was part of the group that split off from the guild. “It wasn’t anything personal. It was strictly a business decision to protect and keep craft beer moving forward.”

O’Connell says one big way to keep it moving forward is to keep the system way it is: with independent liquor stores that will take a chance on small craft brands. But grocery stores like Safeway want to sell a selection of craft beers too, and that’s a threat to O’Connell. 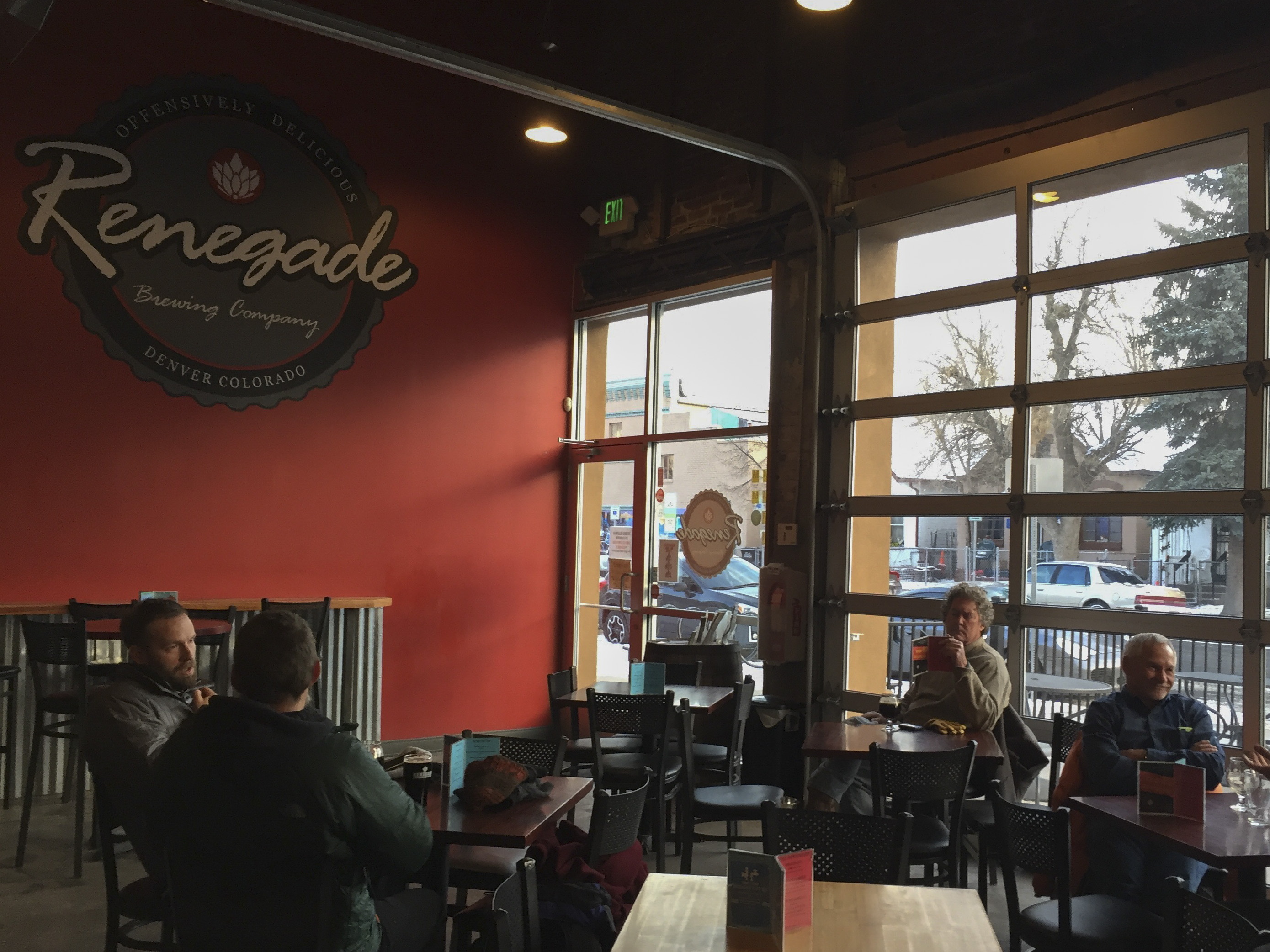 “What is ultimately going to happen is fewer choices for the consumer,” O’Connell said. “Will my tap room be here? Absolutely. But the liquor store shelves will change drastically.”

After years of inaction at the state Capitol, the grocery stores decided to go directly to voters during this election. The request: let us sell more than just 3.2 percent alcohol beer. Millions of dollars were raised on both sides, liquor stores versus grocery stores.

The fight ended up at back at the Capitol, where the two sides eventually hashed out a compromise. The resulting bill called for a slow phase in to allow grocery stores to sell full-strength beer and liquor, requiring grocery stores to buy up nearby liquor licenses. The bill’s proponents argue it would be a 20-year phase in.

Liquor stores led the lobbying effort for the bill, and Ron Vaughn, who runs Argonaut Wine and Liquor in Denver, noticed that craft brewers felt left out of negotiations.

“And they looked, and went, ‘what happened, how come we weren’t involved in this?’ “ Vaughn said. “Well, you have an organization. Who’s your voice? And you’re not paying attention.”

Some industry insiders say the guild’s top lobbying firm had become frustrated with guild leadership, and the breakdown in relations came at the most inopportune time -- craft breweries and liquor stores were battling the grocery chains.

Vaughn admits that craft brewers may not love the eventual compromise, but, ”we made as good a deal as could be had.” It certainly stopped grocery stores attempt to go directly to voters to change the system overnight -- at least for now.

Craft breweries are indeed worried about the law, which Gov. John Hickenlooper signed in June.

“This is the biggest law change since the repeal of prohibition,” said Steve Kurowski, who runs marketing and operations for Colorado Brewers Guild.

Of course, he says, the devil is in the details. And he argues that ambiguous language in the bill would allow grocery stores could start getting all the full-strength liquor licenses they want in just a couple of years.

“I think what the bill really represents and what was really presented to us are two different things,” Kurowski said. “I’m not sure that anybody is really going to come out ahead on this except the grocery stores and the convenience stores.”

But the law’s proponents argue state liquor officials have more details to work out in rulemaking hearings where craft beer and liquor stores have a seat at the table.

Nevertheless, Kurowski said guild members have come back together to speak with one voice. The longtime executive director John Carlson left. Many believed he was the source of the difficult relations with the group’s lobbying firm; a search is underway for a new one. And Breckenridge, now owned by AB InBev, is off the guild’s board.

“For so long, we’ve had this nice little insulated industry,” Kurowski said. “And in the last 12 months or so, like, we’ve seen some stuff and had to react to some stuff that we’re not quite used to.”

Meanwhile, they’ve added 200 breweries to their membership in about three years.

With that kind of growth, it’s a good thing that the craft beer industry is unified again said reporter Ed Sealover. The challenges are not over, because, he said, chain grocery stores and big beer companies like AB InBev will not stop fighting to gain access to the lucrative craft beer market.

“By no means are we near the end of the beer wars in Colorado,” Sealover said.