Her Senate counterpart, President Kevin Grantham, a Republican from Canon City, used his own opening speech to stress the “uniqueness and dignity of the individual.” That, he said, means “private property rights, self-defense, freedom in the home and workplace, freedom from a government that must inject itself into the most minute recesses of our lives through abusive rules and regulation.”

“We may find common ground across the aisle,” said Grantham,. “There will be discussion. There will be dialogue.” The need to work together was a theme both lawmakers stressed in an interview earlier this week on Colorado Matters.

Duran has racked up a number of firsts since she started representing Denver’s District 5 in 2011. When she won her seat she was the youngest Latina ever elected to Colorado's House. Then she became the first Latina House majority leader, before being selected by her colleagues for the Speakership last November. Duran took a moment Wednesday to remind the chamber of her family’s deep roots in Colorado, and the way they all held to the ideal that hard work would be rewarded.

“My grandmother on my mom’s side could not read. She left school in the third grade to help care for her younger brothers and sisters. My grandfather on my dad’s side worked long hours at the CF&I steel mill in Pueblo for 38 years, and is here with us today. But they pushed their children to aim higher,” Duran said.

“My dad worked in a tire shop to put himself through college. My mom raised three kids and was the first in her family to go to college as well,” she continued. “My parents showed me the absolute value of hard work. They taught me the importance of integrity -- that if you give your word, you must keep it. They showed me that with education and dedication I could reach my full potential.”

Among the challenges Duran wants lawmakers to tackle: “fair pay,” affordable housing, and a plan for propping up “our fast-decaying infrastructure and meets the needs of our rapidly growing state.” 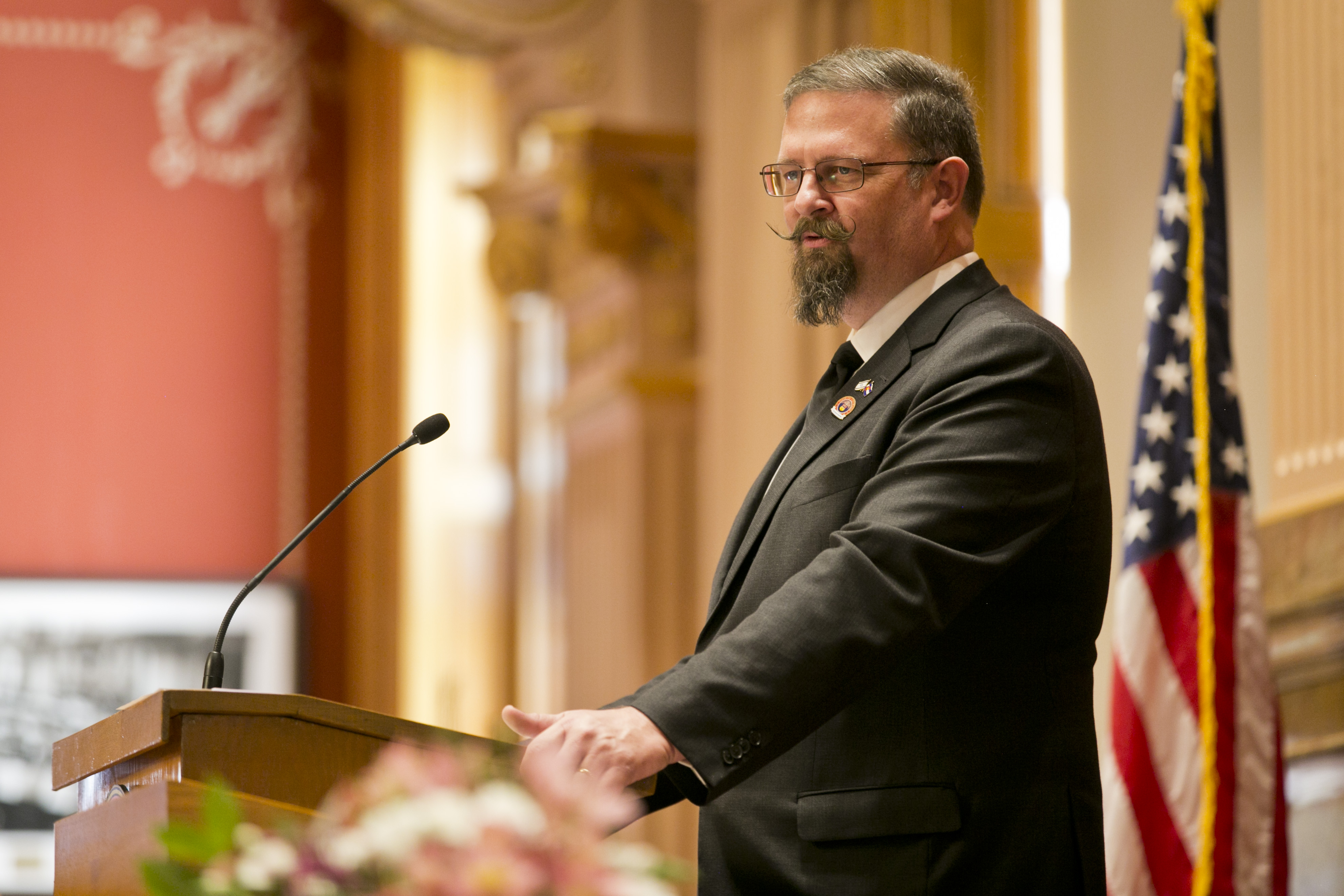 (Nathaniel Minor/CPR News)Grantham, who grew up in rural Crowley County, represents Senate District 2. He first won election to the Senate in 2010 after stints on Cañon City’s Board of Adjustments and as chairman of the Republican Party in Fremont County. Like Duran, he said the state’s transportation funding issue is a huge challenge for lawmakers in the upcoming session.

“The problem is recognized by all,” he said. “The need to address it is agreed to by all. How to address it remains a topic of discussion and debate. But that discussion is happening and continues to happen.”

What will it take to get anything done this year? Perhaps some divine intervention. A Denver pastor who gave the opening prayer in the House asked that lawmakers be blessed with the gifts of listening, patience and broad-mindedness. They’ll may need those blessings to get through the 500-plus hours they’ll spend together this session. But there a few signs of agreement already, including in how to change a law that allows individual homeowners in a condo development to sue over shoddy construction.

A lot of folks blame Colorado's 'construction defects' law for discouraging developers from building condos, and Duran and Grantham announced Wednesday they are cosponsoring a bill to change it. That's a big change from sessions past, when bipartisan efforts to revise the policy foundered. Democrats last year balked at changes they said could leave homeowners holding the bag on poorly-built condos.

But for every issue the parties come together on, there are sure to be more that divide them. The Senate Republicans’ first six bills include an effort to get rid of Connect for Health Colorado, the state’s health exchange that was created through the Affordable Care Act -- Obamacare.

"It is time for us to shed some of the dead weight of failed government policy," Grantham said. Democrats oppose that move. And the Senate President didn’t offer any specifics about what, if anything would replace the exchange if indeed it were scrubbed.

In the House, Minority Leader Patrick Neville is one of the Republican caucus' most conservative members. His opening speech made it clear his side won’t back away from hot button issues including expanding access to guns and trying to restrict access to abortion.

Still, there were smiles in both chambers as the session officially got underway, along with pledges of cooperation and calls for civility -- something that often felt missing from the 2016 election cycle.

Duran received a standing ovation from both sides of the House aisle when she took aim at what she called “divisive language” against particular groups of people.

"We cannot tolerate attacks on women and people of color. We must stand up for those who might otherwise be shoved down or pushed aside," she said. "Our continued success as a state and a nation are not guaranteed. There is a dangerous movement afoot that threatens to rip our social fabric and unwind decades of good work by members of both political parties. It goes beyond mere partisan jockeying. It is an elevation of hate and fear."

"If we let it catch hold," she warned, "our democracy itself is at risk."