A great instrument can take on a life of its own. It can affect the lives of the people who play it.

Mayerli Lopez, a freshman at Bruce Randolph School in Denver, knows this firsthand. The 14-year-old violinist says her instrument, which she received as a donation, changed her life.

She’s opened up. She likes to try new things and meet new people. She says she expresses her feelings more than she did before she became a musician.

But she wasn’t sure she liked her violin at first. It had a few scratches and the case looked worn.

“I was just like, ‘Ugh this is not a nice instrument. I thought it would be a lot nicer,’” Mayerli says.

She quickly changed her mind. She still plays the violin three years later. She says it inspires her.

It came from a program called Bringing Music to Life, a statewide instrument drive that gives instruments to schools and students in need.

The violin she plays is 88 years old. A man named William Necker donated it.

Necker was just 12 years old when he decided to buy the violin in 1929. He purchased it just weeks before the stock market crash pushed the country into the Great Depression

“That violin was basically at that point his life savings,” says his son, David Necker. “Had he waited a few weeks later, his money would have been gone.”

William Necker played until he was 95, shortly before he passed away in 2015.

“That was his first violin and his last violin,” David Necker says.

Music was a big part of William Necker’s life. He played the violin and viola in community orchestras. He performed in bell choirs and a harmonica choir. When William could no longer play violin, he decided to donate it to Bringing Music to Life. 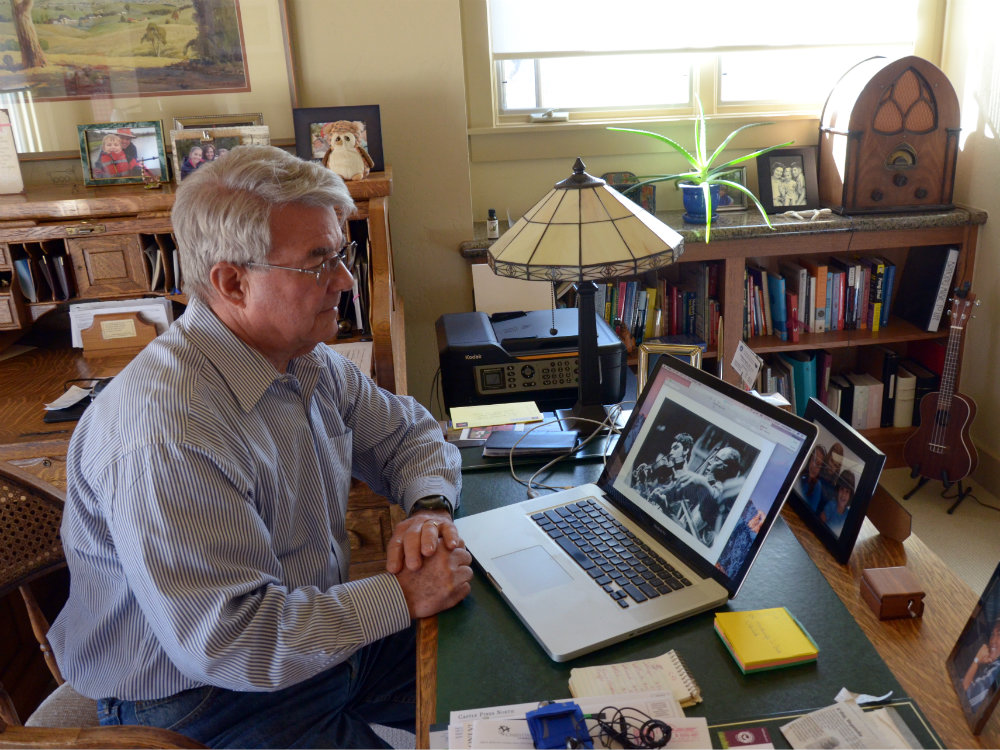 Now the instrument lets Mayerli grow as a musician and as a person.

“Just seeing it gives you the sense of ‘I can do it’ and ‘this is going to help me.’”

Hollie Bennett, the music director at Bruce Randolph, says that’s a common feeling for students who get new instruments from the drive.

“They’re like, ‘I get a nice trumpet now! It has no dents in it! I get a nice mouthpiece!’ It’s just so fun to see a culture of kids being proud of music. And I think that them having their own instrument and having ownership of that is such an important part,” Bennett says.

A person who donates an instrument usually doesn’t know where it goes. Last year, though, David Necker got to meet the girl who plays his father’s violin.

“I was delighted that it was in the hands of a young lady who had been playing and doing well with the instrument,” Necker says. “It was really delightful to see the instrument leading its next life.”

Mayerli remembers something unusual about that meeting: David thanked her.

William Necker’s 88-year-old violin will help other students after Mayerli graduates. The violin will be passed on to a new student, who, like Mayerli, might learn the power of making music.