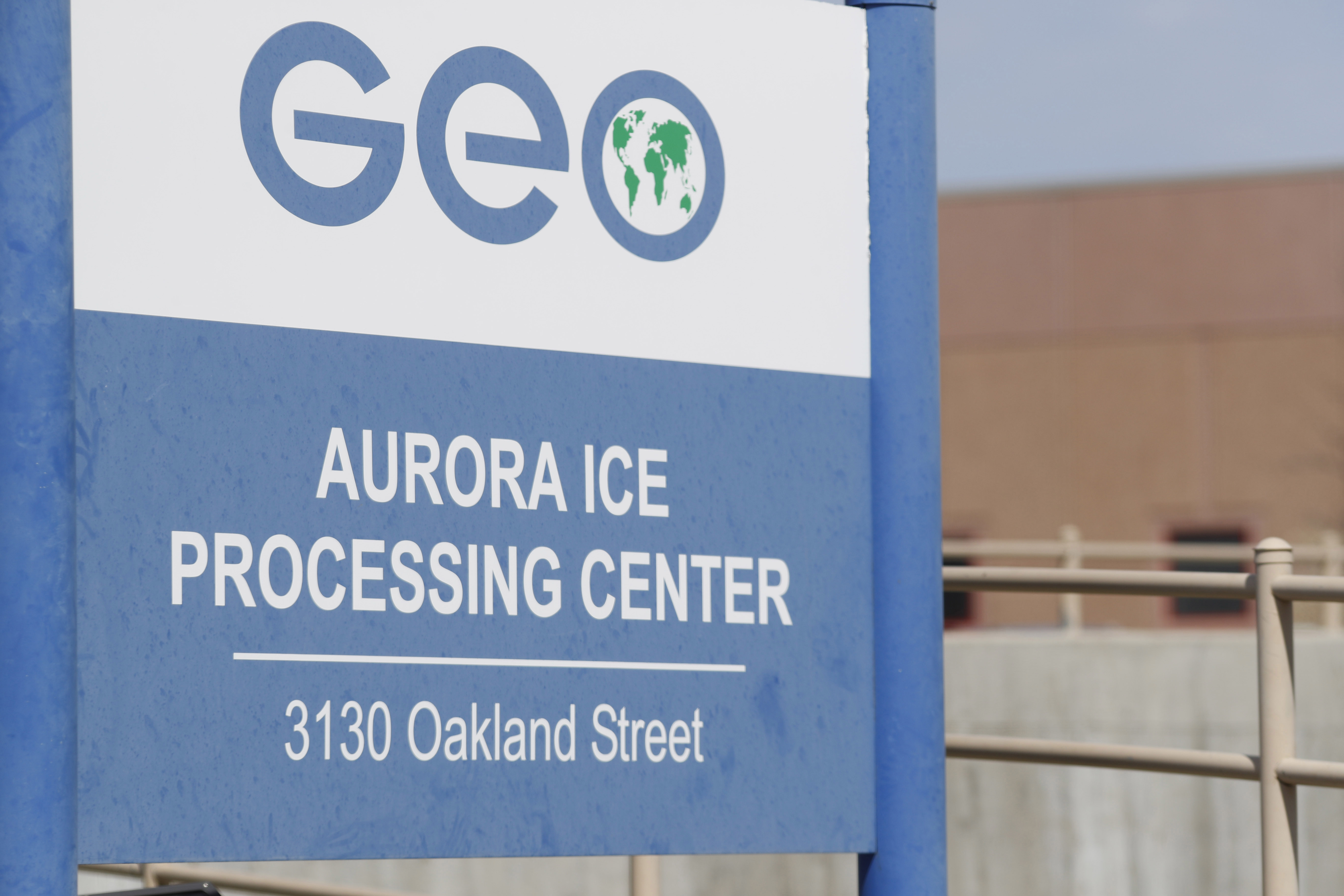 AP PhotoEvery day, immigrants are told to clean their living areas in a privately run Colorado detention center or risk being put in solitary confinement. Some also volunteer to do jobs as varied as landscaping, more cleaning and cutting other inmates' hair, but the pay is always the same — $1 a day.

A group of former detainees says the system borders on modern-day slavery. They are challenging it in federal court and have won the right to sue the Denver-area detention center's operator on behalf of an estimated 60,000 people held there over a decade.

The former detainees allege the GEO Group is exploiting people in the 1,500-bed center to keep it operating with just one full-time janitor. The company reported $2.2 billion in revenue and had nearly $163 million in adjusted net income last year.

The case could have broad consequences for the private prison industry, which hopes to cash in on demand for more detention space as the Trump administration cracks down on illegal immigration.

Immigration detention centers are roughly the equivalent of jails in the criminal justice system — places where people accused of civil violations of immigration law wait until their cases are resolved. While people convicted of crimes and serving time in prison are often required to work, those held in the nation's jails generally cannot be forced to work because they have not been convicted, according to the U.S. Justice Department's National Institute of Corrections.

Courts view immigration detention not as punishment but as a way to keep people from fleeing, said Kathleen Kim, a professor at Loyola Law School in Los Angeles who specializes in immigration law. Forcing detainees to work violates the 13th Amendment, which ended slavery and bars involuntary servitude except for punishment of a crime, she said.

Financially, "this model of operating these facilities very much depends on the labor of the people detained there," said an attorney for the Colorado detainees, Andrew Free, of Nashville, Tennessee.

GEO says it is only following government policies and wants an appeals court to block the case from proceeding on behalf of everyone held from 2004 and 2014, noting class-action status could lead to additional claims against similar companies.

Jonathan Burns, spokesman for the Nashville, Tennessee-based company, said all of its detainee work programs are voluntary and comply with the standards of the federal Immigrations and Customs Enforcement agency.

The agency has come to rely heavily on private companies to house its detainee population, which has tended to fluctuate with surges and drops in immigration.

In December, an Obama administration task force recommended continuing the use of private contractors for immigration detainees even though the administration announced it was phasing them out as operators of federal prisons. At a time when about 65 percent of immigration detainees were in private facilities, the group concluded it would take billions of dollars for the government to take over.

Now, President Donald Trump has asked Congress for a $1.5 billion budget increase for ICE to arrest, detain and deport immigrants in the country illegally. ICE acting director Thomas Homan recently told lawmakers it expects to house about 51,000 immigrant detainees on a given day, up from nearly 40,000.

In its appeal, GEO said the former detainees and their attorneys dislike ICE's rules, but instead of asking Congress to change them "they are pursuing a class-action lawsuit for monetary relief." Now, the company said, it faces massive financial risk for carrying out federal directives.

GEO noted company officials can remember only once when someone awaiting a hearing was put in solitary confinement for refusing to clean.

The former detainees say $1 a day is the minimum they must receive for work and that GEO lied in telling them it could not pay more. But the company says the amount is set in its contract with the government, which reimburses GEO for what it pays detainees.

One of the former Colorado detainees who filed the lawsuit, Grisel Xahuentitla, of the central Mexico state of Tlaxcala, said as part of her mandatory daily cleaning, she was responsible for her pod's floors and tables, along with basketball courts and a small library. But after some other women were deported, she volunteered to clean sinks, toilets and showers three times a day for $1 a day, partly because she felt bad for the lone woman left doing the job.
Xahuentitla also was looking for something to do, having lost interest in the crocheting workshops intended to keep women occupied.

"I felt like I was getting a little depressed being there. That's why I wanted the job, just to kill time," said Xahuentitla, now 33, who spent four months in the center in 2014 and now lives in the mountain town of Durango. She would not discuss how she was released or her current immigration status.

Xahuentitla's family sent her money, so she didn't need the daily wage to make phone calls or buys things like ramen noodles at the canteen. But she said others worked for the money.
The lawsuit estimates about 2,000 people held at the center agreed to work for $1 a day over three years. They are among the estimated 60,000 who were allegedly compelled to clean their living areas for no pay over a decade.