Hot, dry weather across Colorado and the Rockies has sparked wildfires, burning restrictions and ozone alerts. Here's what's burning, what shouldn't be burning, and what it all does to the air we're breathing right now. 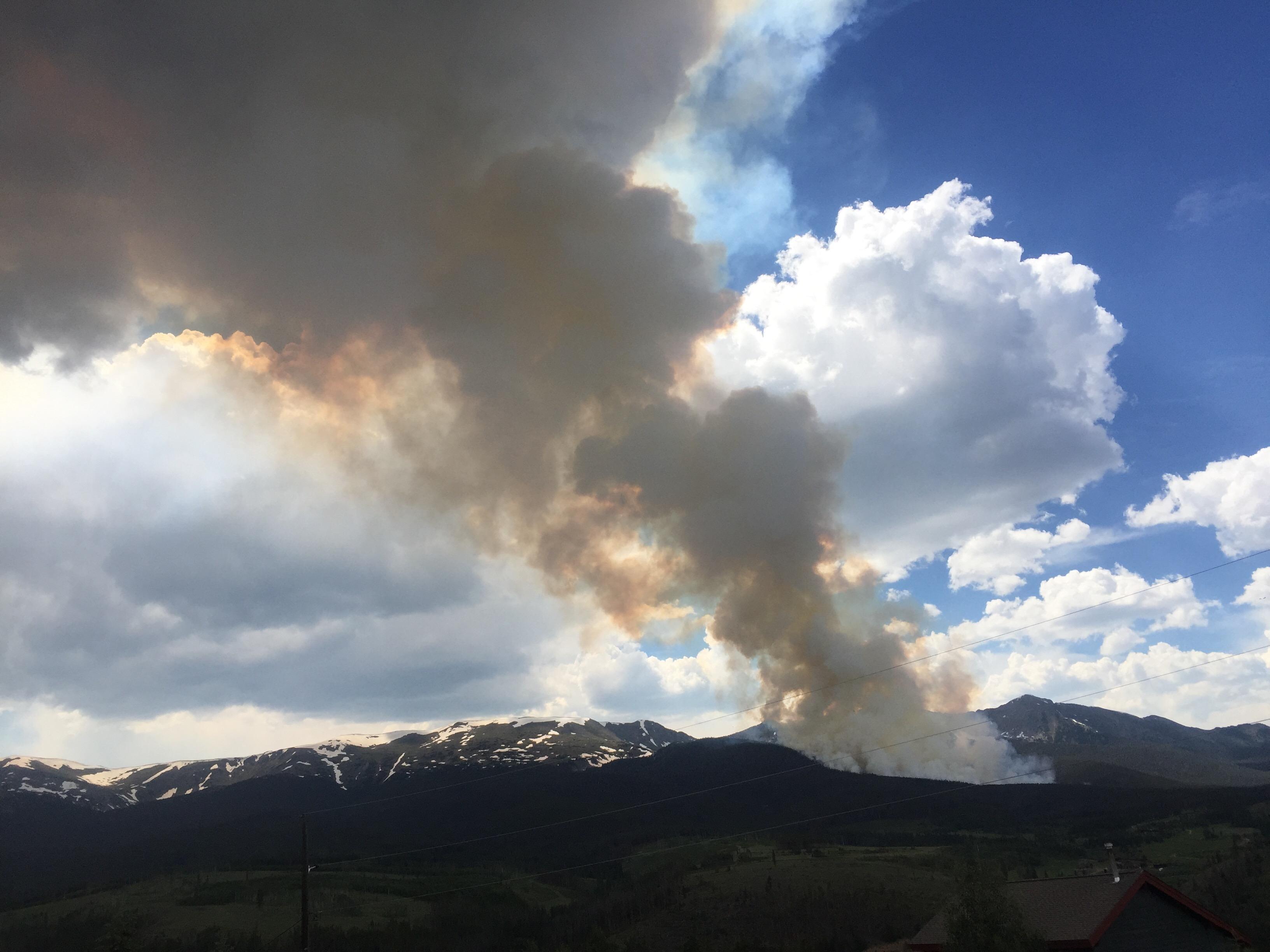 Residents of nearly 500 homes outside the ski town of Breckenridge were allowed to return home Friday night. The Breckenridge fire was less than a square mile but was dangerous to firefighters because it was burning in beetle-killed trees that are prone to topple. It was 25 percent contained. Hotshots and air crews have worked on the Peak 2 Fire since Wednesday. It's one of several burning in Colorado and elsewhere around the West including in Nevada, New Mexico, Montana and Wyoming. Here are the fires, and links to updates, around Colorado:

Smoke, sunshine, heat, and stagnant air have combined to raise ground-level ozone to an unhealthy levels. State officials are warning the public, especially people with lung conditions, to avoid heavy exercise outside. The alert stretches from El Paso County to the Wyoming border.

Ozone isn't directly emitted into the lower atmosphere, but rather occurs when oxides of nitrogen and volatile organic compounds "bake" in the sun. Motor exhaust, gas vapor, chemical solvents andor industrial emissions combine to form ozone pollution, according to the EPA.

Ozone acts as a lung irritant, making it particularly dangerous to children, the elderly or anyone with pre-existing medical conditions like asthma or a respiratory infection. People who work or exercise outdoors in areas with high ozone pollution can also experience breathing difficulties and eye irritation. You can read more about ozone here.

The Colorado Department of Public Health has also issued a smoke alert and recommends that if smoke is thick where you live you may want to remain indoors, especially if you have heart disease, or respiratory illnesses. CDPHE considers smoke to be at unhealthy levels if visibility is less than 5 miles.

Stage I fire restrictions went into effect this morning for all portions of the Arapaho and Roosevelt national forests that lie in Boulder, Gilpin, Jefferson, Park and Clear Creek counties. Restrictions are also in place in Mesa Verde.

This map from the Colorado Division of Homeland Security and Emergency Management shows the latest fire restrictions across the state:

Burning fireworks, and setting off explosions, is not permitted under these restrictions. Shooting guns is prohibited unless you are hunting with a hunting license. Burning wood, coal or charcoal is permitted in fee-charging, developed sites. Smoking is permitted in vehicles or buildings, and fee-charging, developed sites. Chainsaws with spark arresters can be used as long as fire extinguishers and approved shovels on hand.