The forces that make crime rise or fall aren’t well understood. Yet, research exists that shows a surprising link between things like car accidents and violent crime.

Those ideas are the basis of a policing strategy that Denver’s police department has used since 2013, one the city auditor now says they’re failing to use properly.

“There are some basic guidelines that we don’t believe the Denver Police Department are following in implementing this particular program,” says Timothy O’Brien, Denver’s Auditor.

That program that the auditor and the city police are sparring over is known as a Data-Driven Approach to Crime and Traffic Safety. The boring name and awkward acronym — DDACTS — obscures the somewhat revolutionary nature of it. The method combines locational crime and traffic data for actionable information on where law enforcement should direct resources.

The idea is that high traffic areas, like busy intersections, are also magnets for crime. In its most basic form, DDACTS is about targeting those areas with high-visibility traffic operations, like pulling someone over for reckless driving. The mere presence of cops can deter other crimes, like assaults and robberies.

O’Brien’s team found that Denver PD haphazardly rolled out the program four years ago and that it had insufficient documentation, analysis, and training. That lack of basic planning, organizing, supervising and goal setting and review has led to a lack of buy-in.

“This is a policing strategy that really has the potential to have a large impact when it’s implemented fully and there’s strong buy-in at all levels of the department,” Thorkildsen says.

That’s because, despite decades of research linking traffic enforcement and violent crimes, it’s still counterintuitive idea: conducting a high visibility traffic stop at a busy intersection can dampen other crimes in the area. 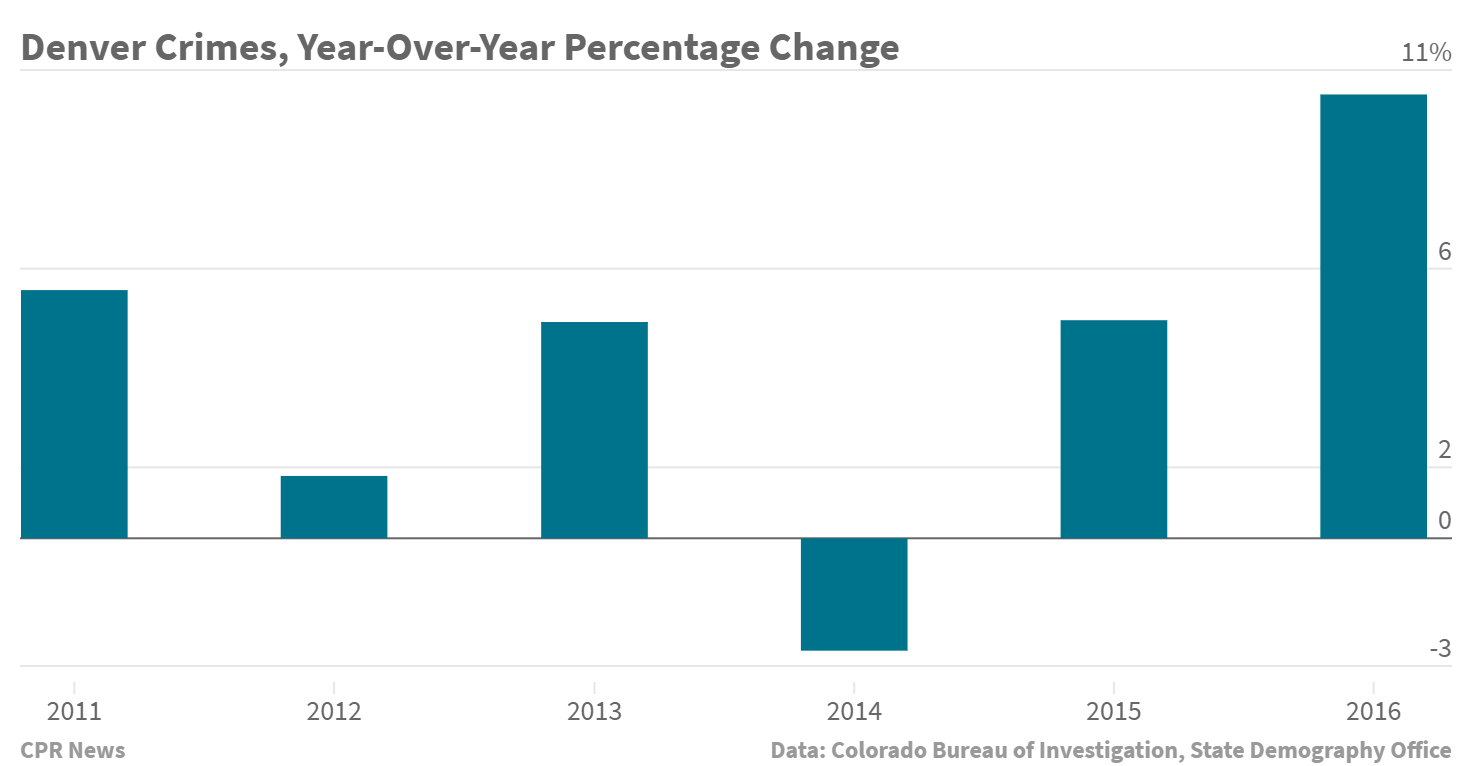 On the other hand, it’s not that odd when you consider that criminals often use cars. Just like the rest of us.

“There’s a natural connection between crime and vehicles,” Thorkildsen points out. “Frequently criminals are traveling in vehicles, or vehicles are in some way related to the crime.”

The Denver Police seem less convinced. Deputy Chief David Quinones defended their limited use of the data-driven policing system at recent audit hearing, saying it was not a “cure-all for how to do policing.”

“It is not going to be the sole measurement of success for this police department,” Quinones says, adding that it is just one of their data-based tools.

It's also a tool that's in limited deployment for the department. Quinones says only about two percent of the city is covered by DDACTS. Of the seven districts that make up the territory for Denver PD, the auditor found that District 6, which covers the active and bar-packed downtown, dropped DDACTS in 2016. The auditor made the point that the high-crime and traffic area was a prime location.

Quinones defended allowing commanders to abandon the approach, saying he can’t mandate its use. The Deputy Chief read the initial recommendation as one that stated any directives on use had to come from  headquarters. That’s something he thought took “away the autonomy of the districts to be responsible for their districts.”

The department now admits it could improve some aspects of how it runs the data system. In particular, training for lower-level officers.

“I’ve been around government auditing really most of my career, I think I’ve been in audit committee hearings for over 1,200 reports like this, and I’ve never had an instance where the department disagreed with every recommendation that we made,”

Not only that, O’Brien says the department’s initial responses were curt one sentence answers, saying they’d essentially use the system how they wished.

When asked about it, Deputy Chief Quinones reply was to say “don’t take that as an obstinate, curt response. It’s kind of like sending a text message, I think the recipient puts the tone on it.” He noted that both the auditor’s office and its input are valued by the department.

Whatever the reason for the department’s response, the auditor seems undeterred. He says to expect a new audit of DPD’s entire data-driven police policy.