When Colorado legalized recreational marijuana no one would have guessed that it would end up as a gateway to experimenting with light bulbs. Plasma lights, induction lights, LED, fluorescent — you name it, Colorado Harvest Company has probably tried it.

“Really anyone who will give us a light to test out, we’ll test it out,” said CEO Tim Cullen. Over the years he’s looked for countless ways to improve efficiency.

The cramped windless rooms of their warehouse, humming with energy-intensive air conditioners and artificial lights, is how most Denver pot growers cultivate cannabis. As LEDs have swept homes, street lights and auto headlamps, marijuana growers haven’t been as quick to swap out their power hungry high-pressure sodium bulbs.

Changing out light bulbs doesn’t sound like a big deal, but it’s a huge win for growers and the city of Denver. Between 2012 and 2013, the city found that marijuana grows accounted for an interest-piquing 0.5 percent increase in energy use.

“It raised a lot of eyebrows,” said Emily Backus, a sustainability advisor with the Denver Department of Environmental Health. “It helped us push forward and say 'we need to keep working on this.' ”

For its part, Denver has been busy promoting sustainability practices among marijuana growers. A working group was started in 2015 to discuss it. A new city report explains how the industry can save energy on lights and cooling. Another report, expected from the Colorado Energy Office in the fall, should further detail energy used for indoor, outdoor and greenhouse marijuana grows. 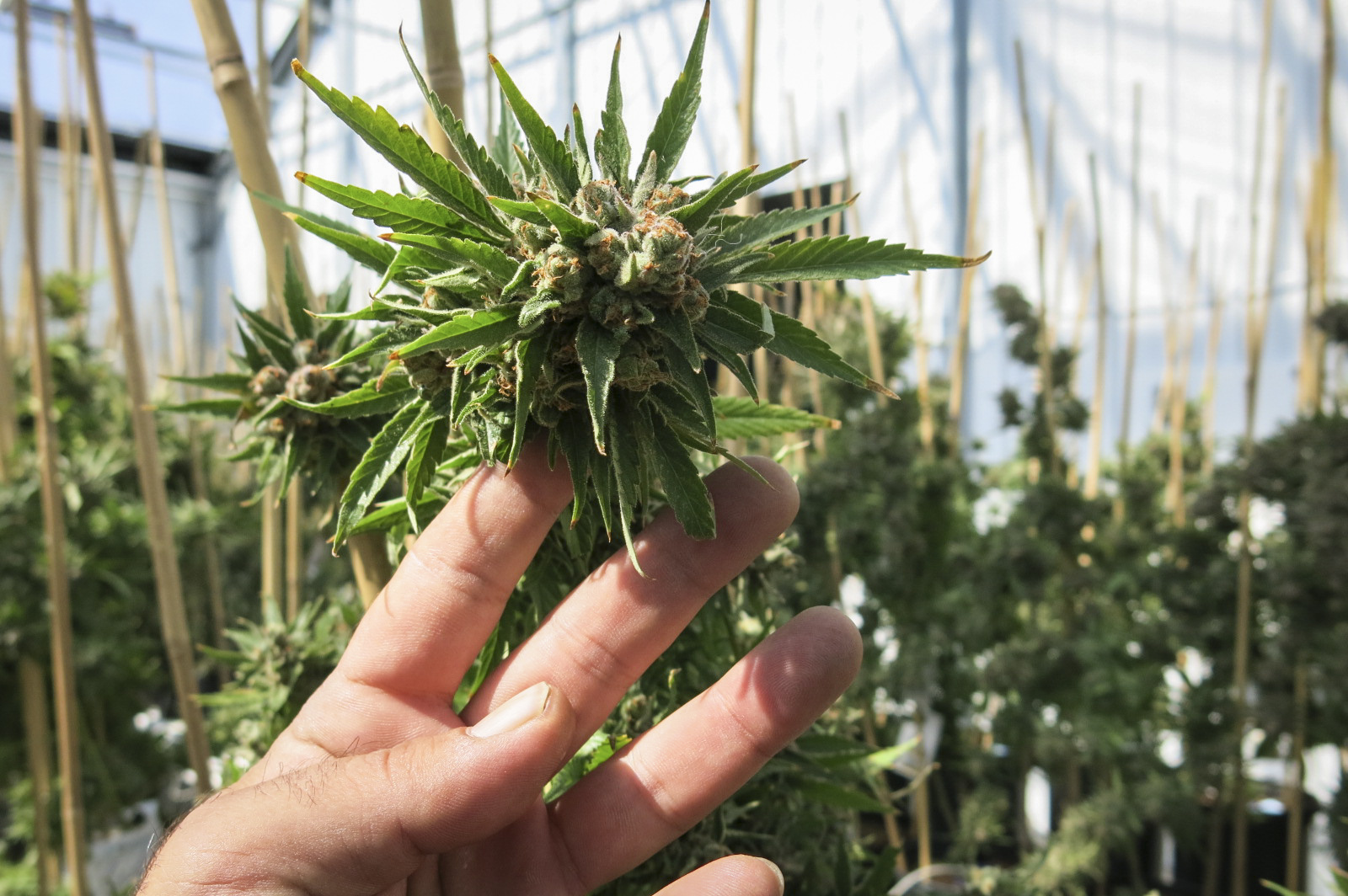 The city’s electric utility, Xcel Energy, has been roped into the quest. Xcel’s most recent data, between 2013 and 2014 — the first year recreational cannabis became — showed that electricity use among cannabis growers increased by double digits. The uptick played a smaller role in Denver’s overall energy use increase though.

Backus is hopeful that consolidation of marijuana grow operations has prompted some efficiency.

“We have fewer small facilities that were in older buildings, what you traditionally in any industry would see as inefficient buildings,” Backus said.

In some places like Washington state, rebates from utilities are prompting a faster conversion to LEDs. Dave Montgomery with Puget Sound Energy, a utility in the Seattle area, said LED rebates cover up to 70 percent of the cost of any new lighting project.

“We continue to see a steady stream of customers coming online,” said Montgomery, about the interest of cannabis grow operations.

By comparison, Xcel Energy in Colorado covers up 40 percent of a new LED lighting project.

The Energy Trust of Oregon, an energy efficiency arm of several Oregon utilities, is also seeing increased interest. It expects light rebates for marijuana grows to double in 2017, to more than 50 businesses.

For growers, all this efficiency and light bulb experimentation has the greenest of motivations: cold, hard cash.

The dramatically falling price of marijuana has cultivators looking to curb costs. Cullen and his Colorado Harvest Company are replacing some of their fluorescent lights with LED tubes that are twice as efficient. 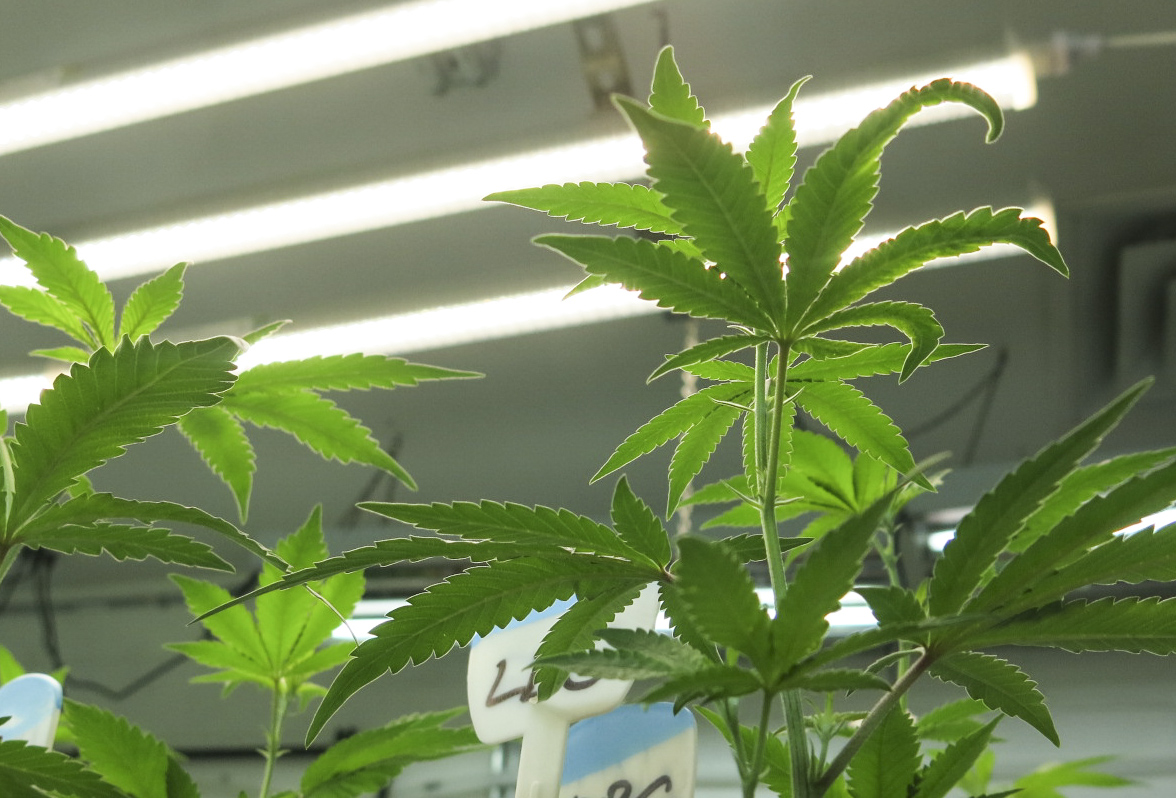 “For the first time in four years I’m looking forward to that bill going down a little bit,” Cullen mused. “I bet it drops several thousand dollars a month.”

Industry consultant Jacob Policzer said another five to 10 years of lower prices could mean even the most energy inefficient indoor grows can no longer compete. Indoor grows won’t necessarily die out, but Policzer said they’re “going to change dramatically.”

Policzer launched a sustainability certification for pot growers that estimates and then helps reduce environmental impact. While many are making changes now because of the economics, he said a handful are driven by philosophical ideals.

In the end, the future of marijuana grows could look a whole lot more like traditional agriculture. Instead of a fancy light bulb, why not take advantage of the giant glowing orb in the sky?

That’s how Denver dispensary Green Dragon does it. Their 120,000 square foot marijuana greenhouse lets the sun stream in through a translucent roof. Compared to their other indoor grow, president Ryan Milligan said the lights here run 80 percent less.

“That’s definitely good for a cost standpoint, which helps us deliver a lower cost to the consumer,” he said. 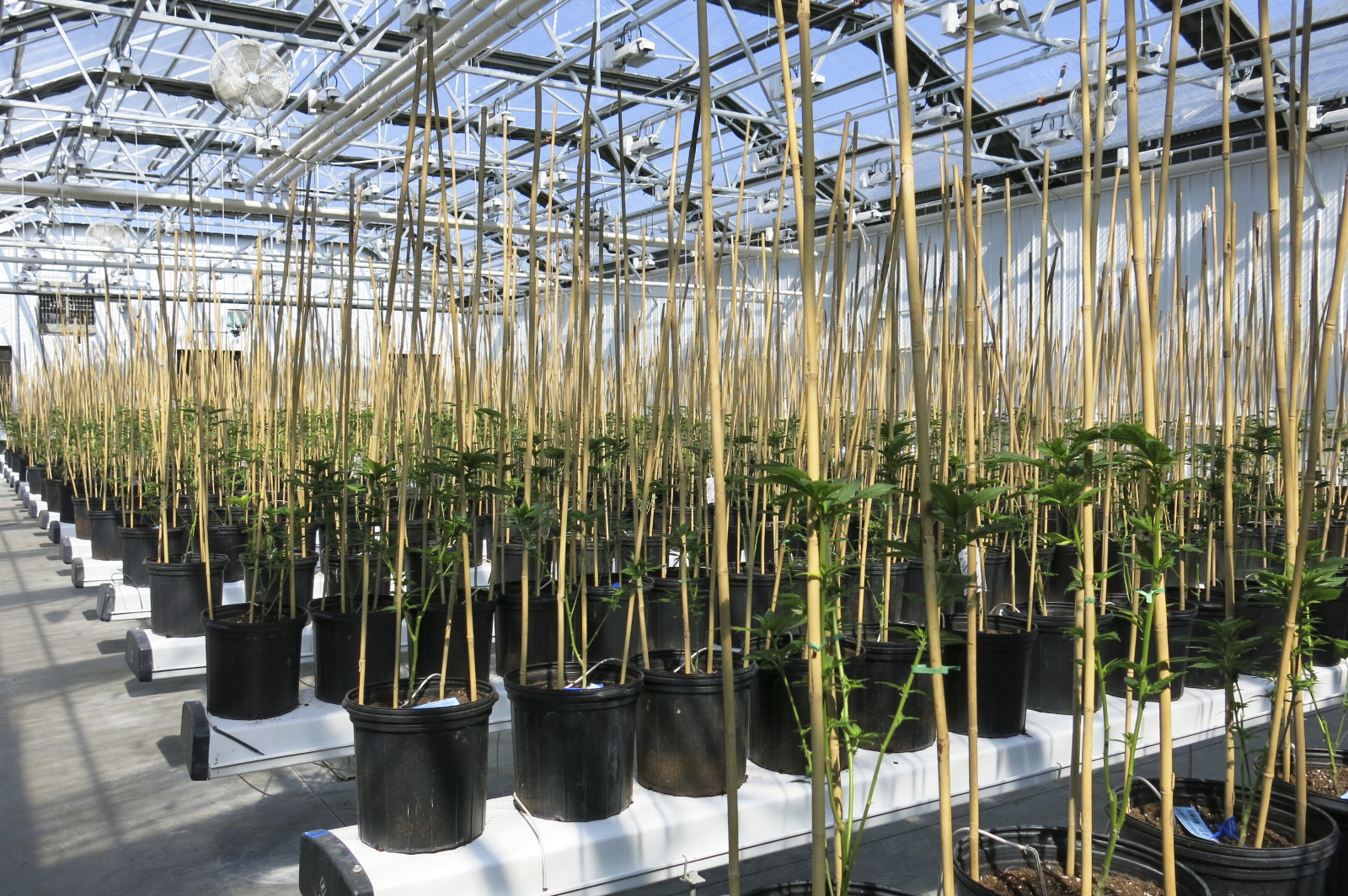 It was a steep learning curve, since Green Dragon had to retool a vegetable greenhouse for marijuana. Early on, they had to reroof the entire greenhouse to let in more light.

Three years later Milligan says the pain was worth it, adding “I think we’re basically though that now and starting to reap those rewards.”

Thanks to available and affordable land, outdoor grows are gaining steam in Pueblo County. That’s still a gamble though, with crops enduring rain and hail. If it pays off, they’re rewarded with free energy from the sun. On the other hand, there’s only one growing season.

Meantime, Tim Cullen at the Colorado Harvest Company can produce marijuana year round at a smaller scale. He’s confident of the economics of his approach, taking inspiration from another booming Colorado industry.