She complained Obama-era guidelines set out in a 2011 letter violated the due process rights of those accused of sexual assault, and promised to overhaul the process to ensure fairness on both sides.

“School administrators tell me it has run amok,” she said in her remarks.

But administrators at universities in Colorado that are under Title IX investigations feel otherwise.

“Betsy used some examples in her talk, but I don’t think they represent what goes on at our university,” said Callie Rennison, Title IX coordinator for University of Colorado Denver. CU Denver is one of five colleges in the state currently under federal investigation for how they handle sexual assault cases.

DeVos did not immediately roll back any current procedures or introduce new guidance. She said there would be a public notice and comment period that would determine what a new system would look like.

The four other Colorado schools still under federal investigation for Title IX violations echoed Rennison, standing behind the progress they’ve made in the last few years. All five -- CU Denver, University of Colorado Boulder, Colorado State University in Fort Collins, the University of Denver and Regis University -- said no immediate changes would be made to how they handle sexual assault cases. They plan to wait and see what DeVos’ public comment period will bring. 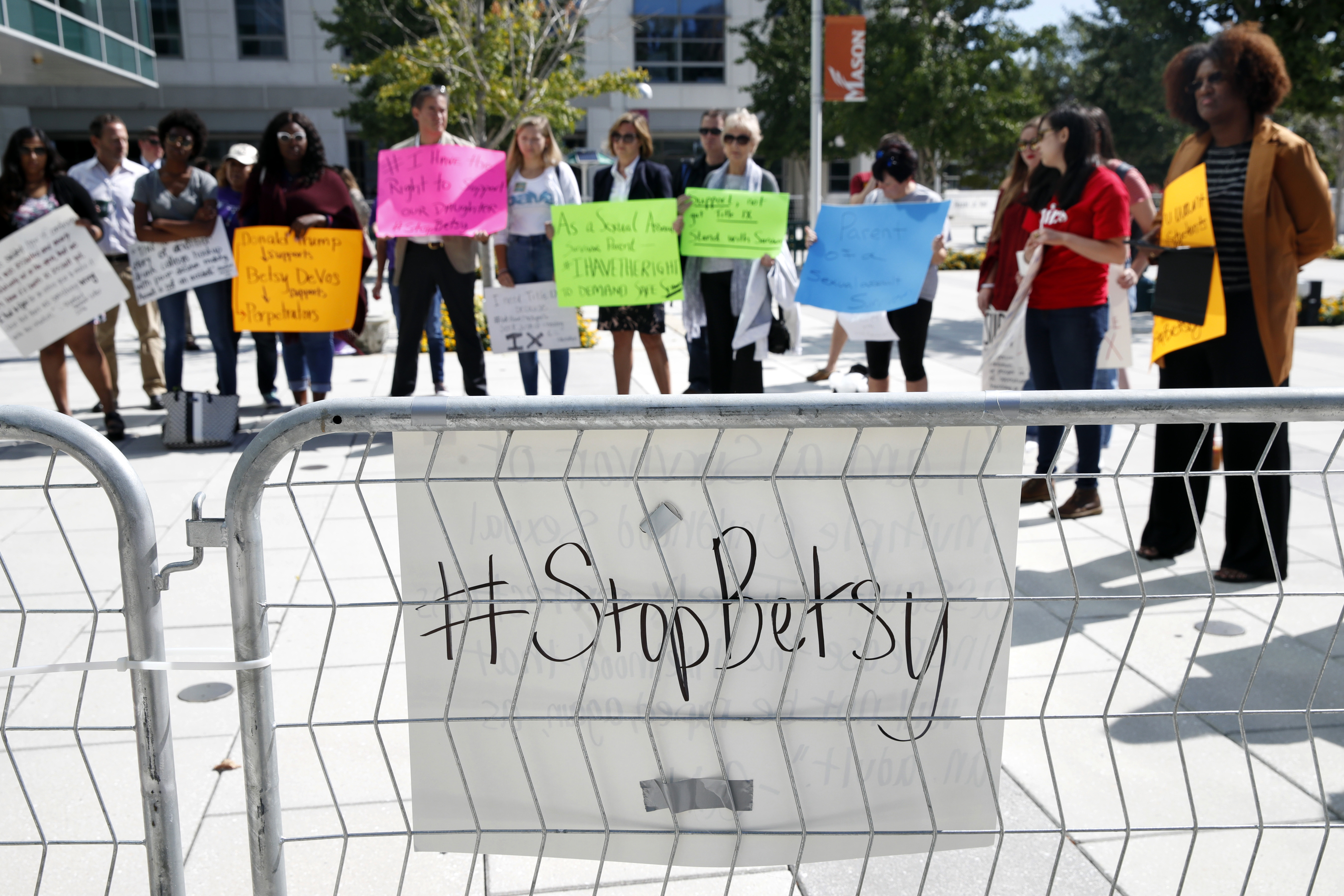 DU’s Title IX coordinator Eric Butler said many people in higher education were relieved that DeVos did not retract the guidance from the Obama administration.

“Personally, I was surprised that the action they called for was as reserved as it was,” Butler said. “A lot of us in higher ed were pleasantly surprised by the course they’ve decided to take with this.”

DeVos’ emphasis on the rights of the accused has victims advocates up in arms.

“It might appear as if the sex assault issue goes down,” said Janine D’Anniballe, the director of trauma services at Moving to End Sexual Assault in Boulder. “But instead what we'll have is more and more victims suffering in silence, not getting the help they need and ultimately offenders not being held accountable.”

Even though no policy changes are happening right away, campuses like Regis shared D’Anniballe’s concerns. Jeannette Grey, the university’s vice president and chief of staff, said there isn’t a problem of inequality at her school.

“I have not seen a pattern or huge reason to shift the focus to respondent's rights,” Grey said. “I would be nervous that doing so would take away some of the feeling and comfort level of complainants coming forward.”

Representatives from CU Boulder and CSU were not available for an interview, but both issued statements saying nothing will immediately change at the universities and that they are fully committed to upholding Title IX and protecting their students’ well-being.

In the Obama era, the U.S. Department of Education opened seven Title IX investigations into five Colorado colleges. Those cases are still open.