The vote fell largely on party lines, with only one Republican joining 16 Democrats in voting for expulsion, and 16 Republicans and one independent voting against.

Republican Senate President Kevin Grantham had resisted over a month of calls from Democrats to hold a debate and vote on Baumgardner, who faces three harassment complaints. Baumgardner has denied the accusations, although an outside investigation found Baumgardner likely grabbed and slapped a former aide on the buttocks multiple times in 2016.

Grantham relented on Monday evening, and allowed hours of debate. But from the outset, it was clear Democrats lacked 24 votes needed to force Baumgardner from the chamber. Only Democrats stood as a Senate clerk read the resolution on the Senate floor. State Sen. Cheri Jahn, a former Democrat who became an independent in December 2017, also stayed in her seat.

Democrats tried for more than an hour to persuade Republicans, arguing it was up to legislators themselves to uphold the standards of the Senate.

“Either we have a sexual harassment policy, or we don’t,” said Sen. Rhonda Fields, D-Aurora. "Either we’re straight forward or we are willing to sweep the dirt under the rug.” 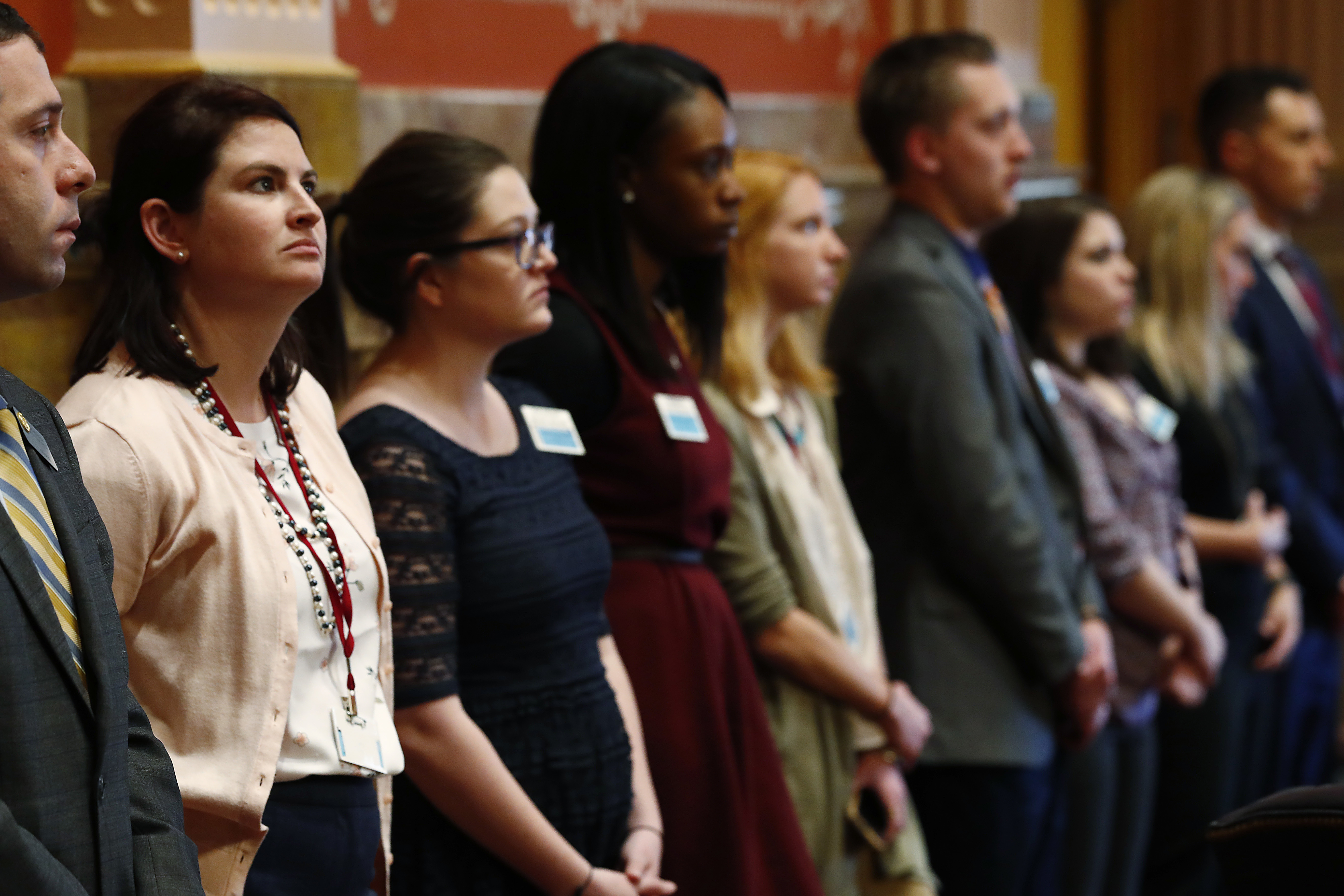 Baumgardner, who spoke toward the end of the debate, said he’s declined to defend himself in public since the allegations first surfaced in order to protect the privacy of his accusers.

“This has been the most difficult and humbling experience of my life,” Baumgardner said.

“I deny the allegations against me,” he continued. “However, I apologize if something I’ve said has given offense or made someone feel uncomfortable.”

Republicans repeatedly questioned the veracity of the investigation that found one claim against Baumgardner had credibility. Grantham, who spoke just before votes were cast, said the Senate’s action sends a message.

"Let it be one that demands for the highest level of accountability, then it should demand a high level of evidence. And we do not have that,” he said.

Baumgardner declined to comment as he left the Senate floor, saying quickly, "It's time to go home."

In a statement issued after the vote, Democratic Senate Minority Leader Leroy Garcia said his caucus will continue to fight to change the culture of the Capitol.

"Tonight’s vote is a shameful affront to both the victims who have come forward and those subjected to harassment in workplaces across the country. Nobody should be exempt from the consequences of their actions — elected officials least of all," Garcia said.

Just before the expulsion debate, KUNC reported Baumgardner has held up the two other inquiries by refusing to be interviewed by an investigator. Megan Creeden, a former Capitol intern, says Baumgardner asked her to drink with him in his office. An unnamed male nonpartisan staffer also alleges the Senator created an unhealthy work environment. Inquiries into both cases are ongoing.

The scene was decidedly different from a House vote a month ago when Rep. Steve Lebsock, D-Thornton, became the first legislator to be expelled in more than a century. Lebsock was accused of sexual harassment by five women. The House is controlled by Democrats, while Republicans hold a majority in the Senate.