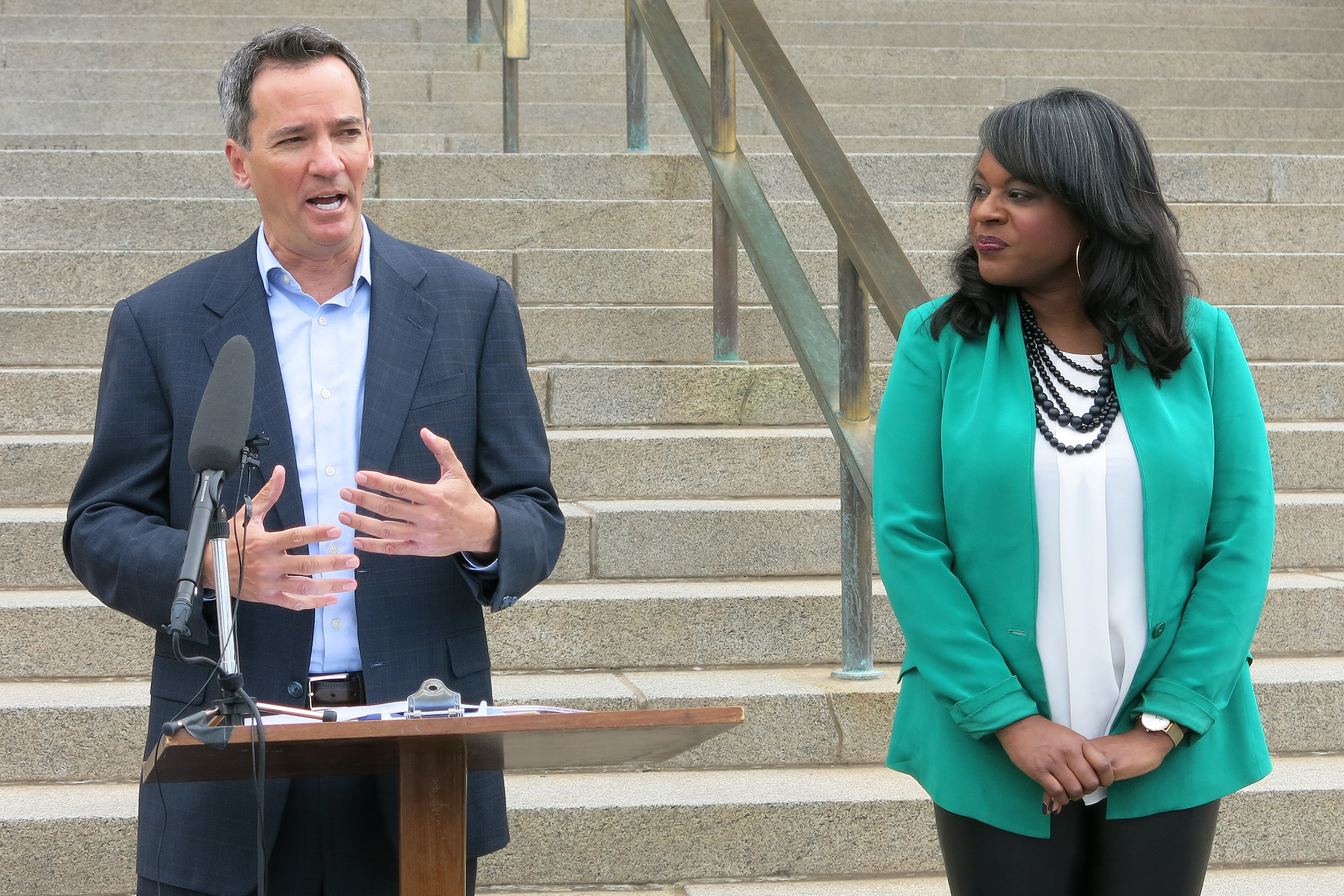 (John Daley/CPR News)A ballot initiative in Denver could bring in tens of millions of dollars a year to help those with mental health and substance disorder issues.

State lawmaker Leslie Herod, a Denver Democrat, is spearheading the "Caring 4 Denver" campaign.  She says the proposal makes financial sense because if it’s passed by voters it could fund a variety of mental health programs. The proposal calls for a one-quarter of 1 percent sales tax -- that's 25 cents on a $100 purchase.

"We know that if people who suffer from a mental health crisis don't get the help they need they end up in our emergency rooms and our jails.  It's not cost effective,” Herod said. “Providing community-based treatment as well as law enforcement-assisted diversion makes financial sense."

Andrew Romanoff, CEO of Mental Health Colorado, says that if the measure passes, it would raise $45 million a year for 10 years -- $450 million in a decade.

"The message we're trying to deliver is, look, mental illness is real.  It's not a figment of your imagination. It's not a character flaw, and it doesn't have to be a death sentence,” Romanoff said.  “It's treatable. And I think that's a message more and more Coloradans understand."

To get on the November ballot, backers say they plan to collect 10,000 signatures.  That’s far more than the roughly 4,700 valid signatures required.

The group spotlighted a series of figures to bolster their case.  They say four in 10-people in Denver know a friend or loved one struggling with mental health or substance abuse issues. Three opioid overdoses occur every day in Denver, and heroin deaths are up nearly 1,000 percent since 2002. They also say suicide is the second-leading cause of death in Denver and that one of eight DPS students have seriously thought about suicide.

Substance abuse disorder experts say most people struggling with addiction and wanting treatment can’t get it -- there’s a severe shortage of both providers and facilities.  The state’s largest drug treatment provider, Denver-based Arapahoe House closed its doors at the start of the year, citing chronic funding challenges.

“The need is big,” said Dr. Carl Clark, president and CEO of the Mental Health Center of Denver.  He said one in five people are dealing with a mental health or addiction problem, and of that group just two of five are accessing treatment.  Money raised through the proposed measure could with issues such as access to the overdose reversal drug naloxone, mental health counselors in schools, or counselors to assist police on mental-health related calls.   The money spent on such services would offset the costs of putting people with mental health or substance disorder problems through the courts or jails.

“Not only is it good for the person,” Clark said.  “It makes economic sense too."

“If people have the idea that the opioid crisis is going to go away on its own, that’s unrealistic,” Clark said.  “We have to have real interventions that make a difference.”

Drug overdose deaths in Colorado hit a record high in 2017.  An analysis by the Colorado Health Institute found Denver County was one of 12 counties in the state with a drug overdose death rate of more than 20 per 100,000 residents.  That’s among the highest in the nation.

Backers of the proposal said they were unaware of any similar proposals going to voters in other big U.S. cities.