Often the things that divide us, such as religion and politics, aren't welcome topics of conversation. But a recent forum on religion at Chatfield High School in Littleton broke down those barriers. Students were given the opportunity to pose questions to five faith leaders representing the Christian, Jewish, Buddhist, Hindu and Muslim communities. Their responses underlined the differences in their faiths and schools of thought, but also the similarities.

Does Religion Have A Place In Public School Education?

Reverend Doug Hill, Abiding Hope Church: "What we've done in the name of liberty and freedom is we’ve factored spirituality out of education, as though it’s not an aspect of our humanity. What we're doing then is raising humans to be spiritually ignorant, because spirituality is a huge part of our being." 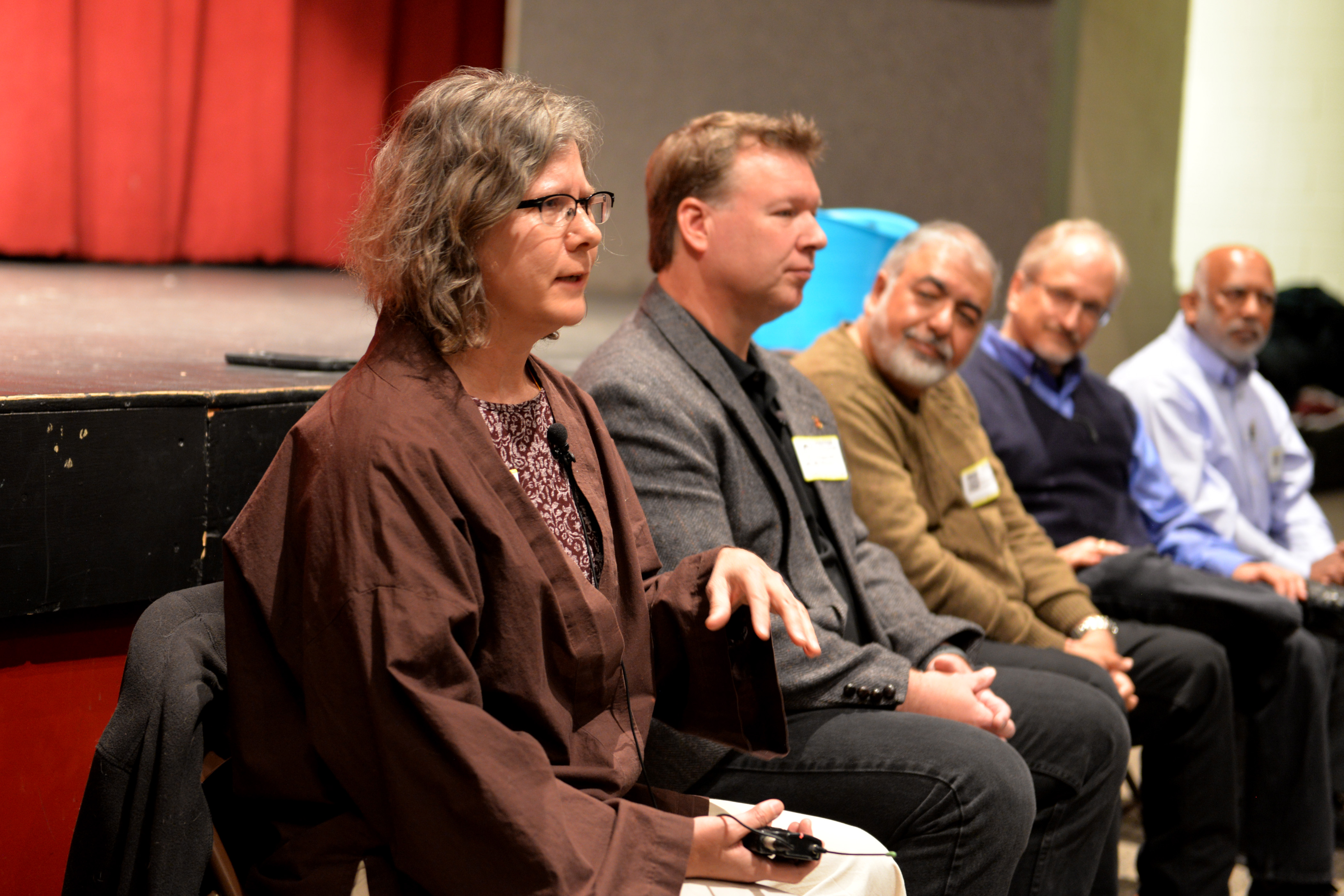 Rabbi Stephen Booth-Nadav, Wisdom House Denver: "Religion is a vehicle for something deeper that we might call spirituality...By keeping religion out of the schools we have inadvertently not educated souls. I would love to see us go deeper and understand, 'So what is the spirit that underlies all religions? And how does that teach us how to live our lives, how does that teach us to make daily choices?'"

Lisa Pettit, Compassionate Dharma Cloud Monastery: "(In) an interview I heard with the Dalai Lama ... he talked about the importance of us creating a secular ethic. It might be a spiritual ethic where we have a sort of agreed-upon, here’s what humanity is, and this is how we best interact and live together."

What Is Your View Of Dante's 'Divine Comedy' And Its Depiction Of The Afterlife?

Reverend Hill: "As far as Christianity is concerned, a lot of people’s viewpoint on heaven and hell doesn't come from the Bible, it comes from Dante. And they don't know that. Dante’s thoughts have become (enculturated) to where people think this is what the Bible says, this is what Christ means. Dante, like the rest of us, was wrestling. He was creating a narrative, a story to try and come to grips with good and evil. ... It’s fiction. It’s not meant to be taken literally." 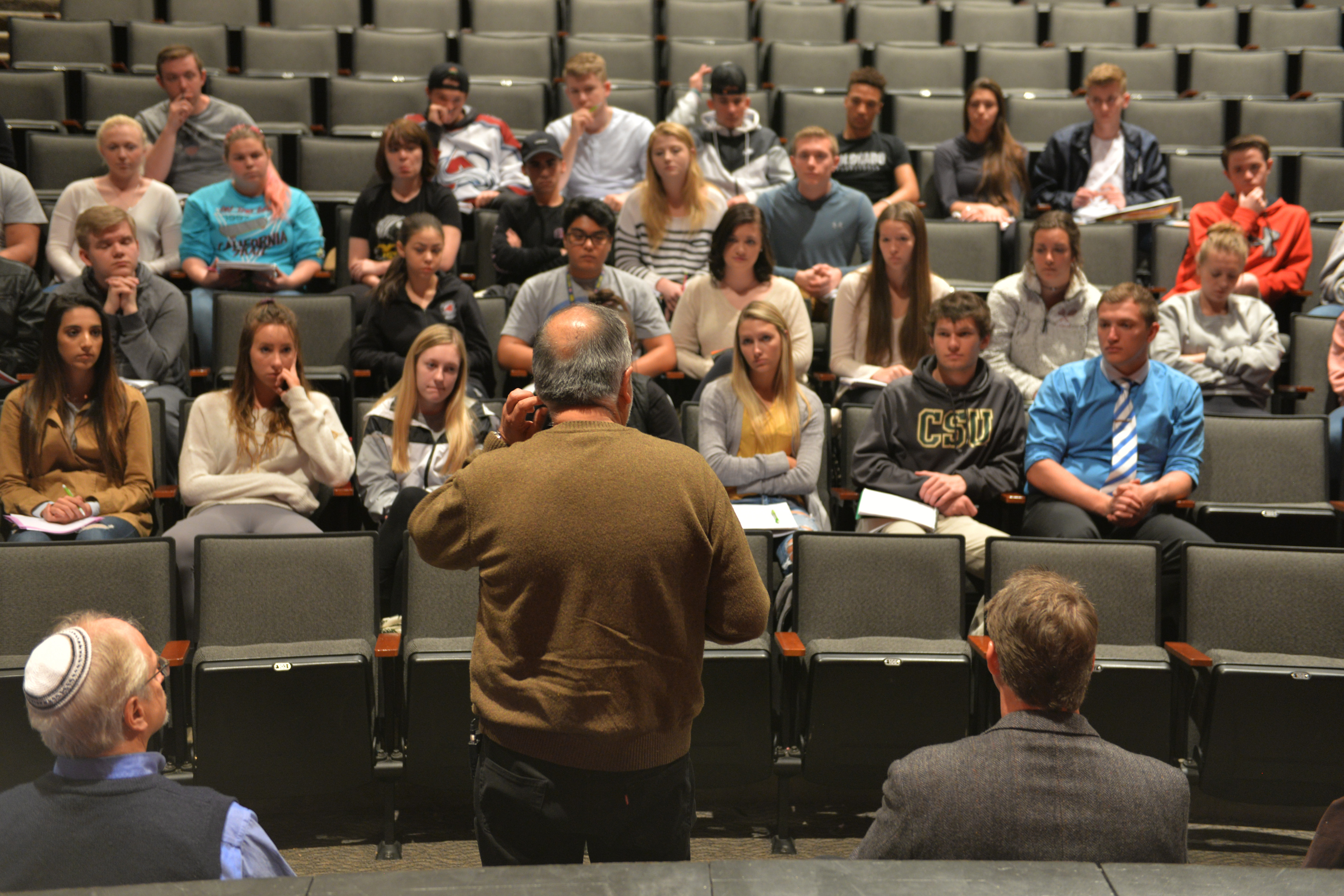 Rabbi Booth-Nadav: "So what would be fascinating is to look at it and go, 'Okay, so it’s wrestling the good and evil in the world. What brought these questions up in the first place? And how do these answers work for me or not? Do they match with what the teachings of different faith traditions are?' And so on."

Monir Ludin, Muslims Intent on Learning and Activism: "From my perspective, we're all struggling to figure things out. In that process of struggling to figure it out, we also have references and other sources to look at. It becomes problematic when we follow those examples blindly. We have to always question."

What Happens After We Die, And Who Gets Into Heaven?

Ludin: "As Muslims we believe that you come from God and to God you return.
Our souls are part of God. If that's the case, we have a memory of God's presence and God's perfection. When we die in the hereafter, we face God again. And that encounter suddenly makes us realize if we've been sort of on track, or completely off track. And that results in happiness or truly suffering. ... I don't see God as a micromanager, sitting there hoping and waiting, 'When I am I going to catch you on these little mistakes?' and exact punishment." 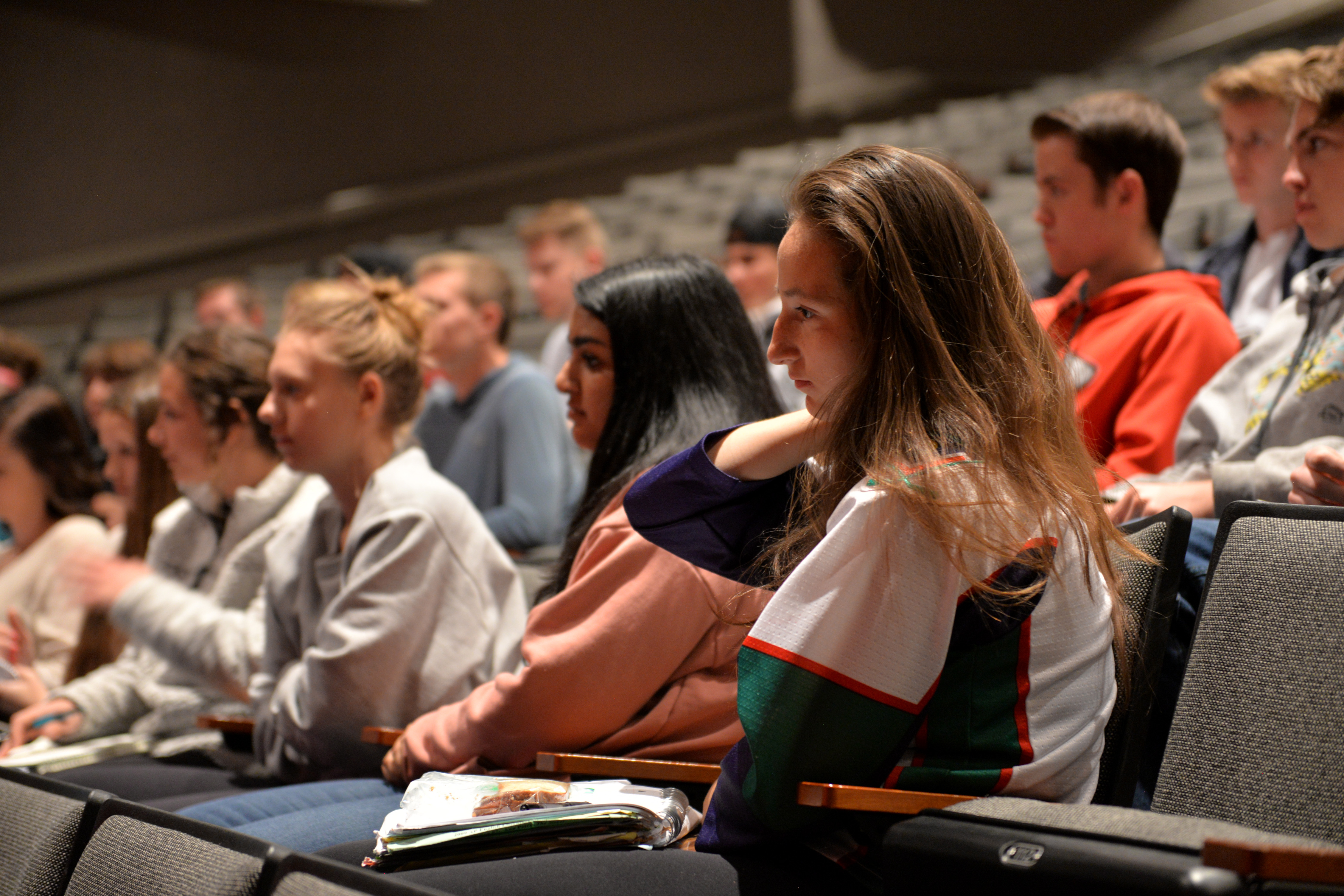 Reverend Hill: "In the New Testament, the word that's often translated as eternal, doesn't mean eternal, it means 'into the ages.' What the early church was trying to do was create a human culture that will lives into the ages. ... (And what) is often translated as hell ... was the (name of the) garbage heap outside of Jerusalem. So Jesus is saying, 'If we choose to live selfish, divided lives, we're heading to (the garbage).' He didn’t mean after we died, he meant humanity is going to end up in the garbage dumps.

Rabbi Booth-Nadav: "The focus in Judaism is on this life. We do have teachings about the afterlife, but basically the focus is on this life, the here and now. Don't be so focused on what comes later."

Pettit: "Think about the ocean. The waves come and they go. But they're never separate from the ocean. Our lifetime, the way we perceive the lifetime, is that the beginning of the wave is our birth, and the end of the wave in our death. But we've never completely been separate, and if we see that's a different wave from me, then were losing that connection that's underlying all of it."