Ty Arellano was eager to list off the benefits of riding a bicycle during a recent bike trip near the Sheridan Recreation Center.

"You exercise your legs, you have fun, you do neat tricks," the 9-year-old Denver boy said.

Arellano was about to kick off on a bike ride sponsored by the Denver/Boulder chapter of Trips for Kids, a nonprofit that offers bike trips and instruction, and provides underprivileged children with positive life skills wrapped around adventures.

On this day, a group of kids including Arellano were taking part in the organization’s ride program, where volunteers teach kids - some of whom have never learned how to ride a bike or understand how to do so safely - how to pedal properly.

Trips for Kids also offers the Learn to Earn program, where young riders take bike maintenance and safety courses. At the end, they get to take home bike, a helmet and a lock.

"When I was a child, my bike was my everything," said Jacqueline Mitchell, an 18-year-old Youth at Work program volunteer. "I rode my bike everywhere everyday. It was the only thing I could do and I feel like it's very important to get kids outside and be active, and I feel a bike plays an important part in that."

Trips for Kids’ Denver chapter was started by a Montbello teacher about 14 years ago.

"A number of kids didn’t have bikes or access to them," said Wendy Stewart, the program’s executive director since 2015. "So he started collecting donated bikes and getting kids outdoors and to the bike trails."

But a lot of these kids are poor. And just learning about the outdoors and bike trails is a novel concept.

"It’s funny, because it’s only 30 minutes away to go to ski resorts or mountain bike trails, well those are even closer. But no one knows about them or anything," said 18-year-old Fernando Ibarra, a part-time bicycle mechanic who started a paid intern with the program.

Stewart said things like lack of transportation to trails and expensive bike equipment are hurdles to some kids.

"So we wanted to shift that dynamic," Stewart said. 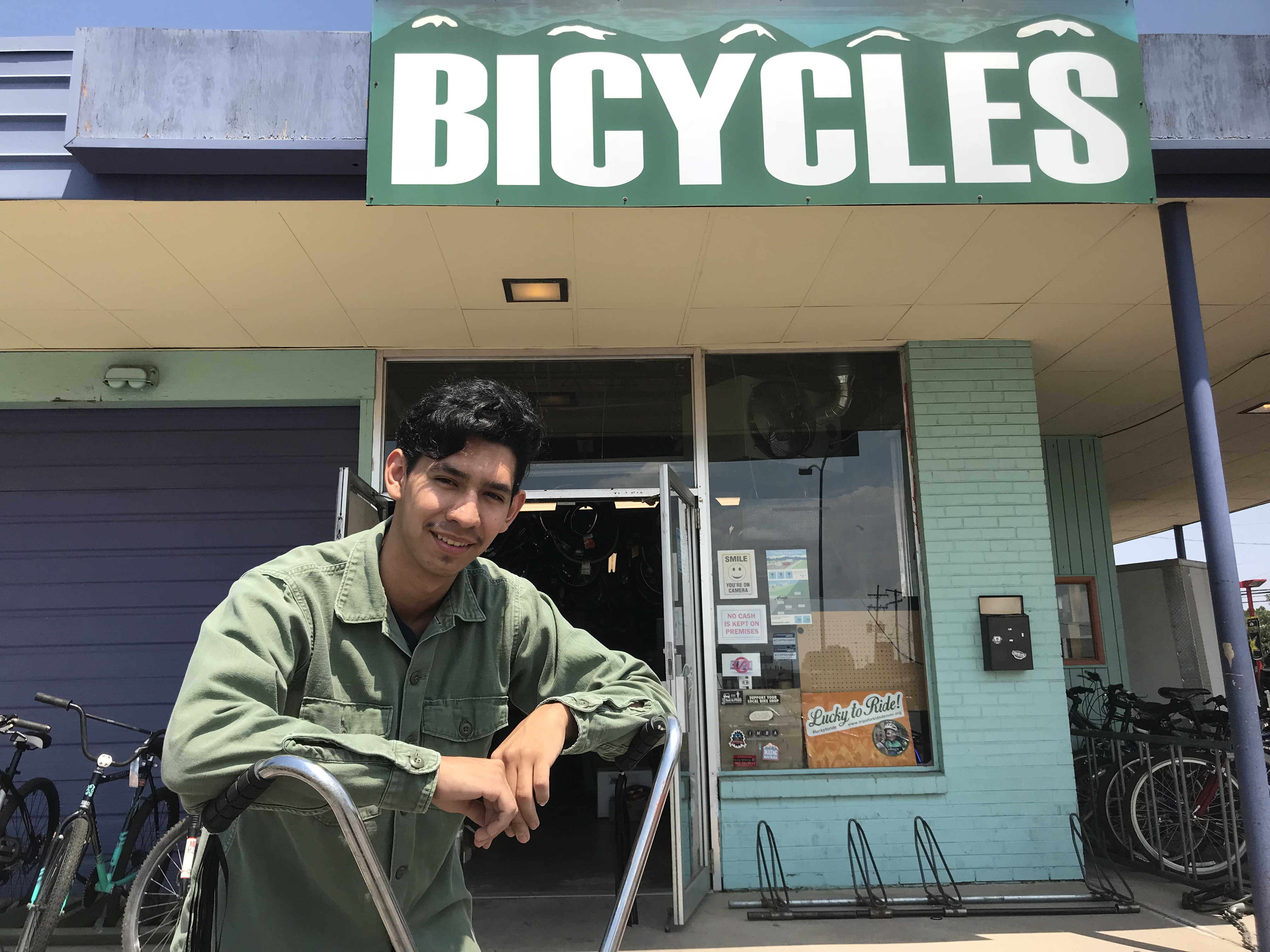 The organization now serves more than 3,000 children each year. Trips for Kids is largely reliant on donations and grants, most coming from Great Outdoors Colorado, which uses lottery money to help get youth outside.

Lucky Bikes is also home to Trips for Kids’ Youth at Work program, which provides paid internships for high schoolers who want to learn the bike repair trade. Aldo Cruz, 16, has been working at the shop for the last couple of months. Cruz is Mexican-American and comes from a family of immigrants who wouldn’t otherwise have the resources to help Cruz learn about bikes.

Trips for Kids faces its share of challenges. Lucky Bikes is located in a rough neighborhood, and has been broken into several times.

"And everybody stops for a minute and says, 'Why would anyone want to hurt a community bike shop that’s a nonprofit?'" Stewart said. "But if you really think about it, people that are so desperate don’t know what we do."

But despite the setbacks, the people who work with Trips for Kids are committed to their mission.

Tischler is a bike pro and can work in any shop he wants. But he said people like him have an obligation to help others who are less fortunate.

"I got this job because it was too hard to put into words how important it is to ride," he said. "And I wanted everyone to have that opportinity because I think everyone deserves that."