Colorado's construction and transportation industries are combating a shrinking workforce by targeting a new resource: girls.

At the second annual Transportation and Construction Girl career fair on Oct. 9, several hundred young girls and teenagers tried their hand at welding and operating heavy equipment, like snowplows and dump trucks.

The career fair was spearheaded by the Hoya Foundation, with grant funding from the U.S. Department of Transportation as well as several Colorado industry partners, including the Regional Transportation District.

"If we grew the percentage of women in transportation and construction it would take care of the workforce shortage," Hoya Foundation project director Keller Hayes said.

For many girls attending the career fair, it was their first introduction to a job in traditionally male-dominated fields. Women comprise only 25 percent of the transportation industry and just nine percent of construction jobs.

Contractors and municipal governments across the country are struggling to find enough blue-collar workers.

"I feel really strongly about encouraging our young women to go into fields that maybe aren't traditional,” said Christy Cook, who owns one of only two woman-owned certified mason contractors in Colorado. “With the labor shortage that we are all facing, we realized that there is a lot of the population that we hadn't done a lot of outreach to so we are really excited to reach out to our young women."

Girls from seven schools braved the chilly weather and climbed into split-blade snowplows, dump trucks, street sweepers and semi-trucks outside the Renaissance Hotel in Stapleton.

“One of the things we try to do is make sure we have some big equipment there,” Hayes said. “When you're not used to being around it, it can be intimidating. Most young girls have never been around it."

Inside the hotel, dozens of exhibitors from RTD, Denver International Airport, Adams County and community and trade colleges chatted to girls and families about job opportunities.

“Construction is composed of a lot of different things. It goes all the way from your field labor to being an owner of a company like I am,” Cook said. 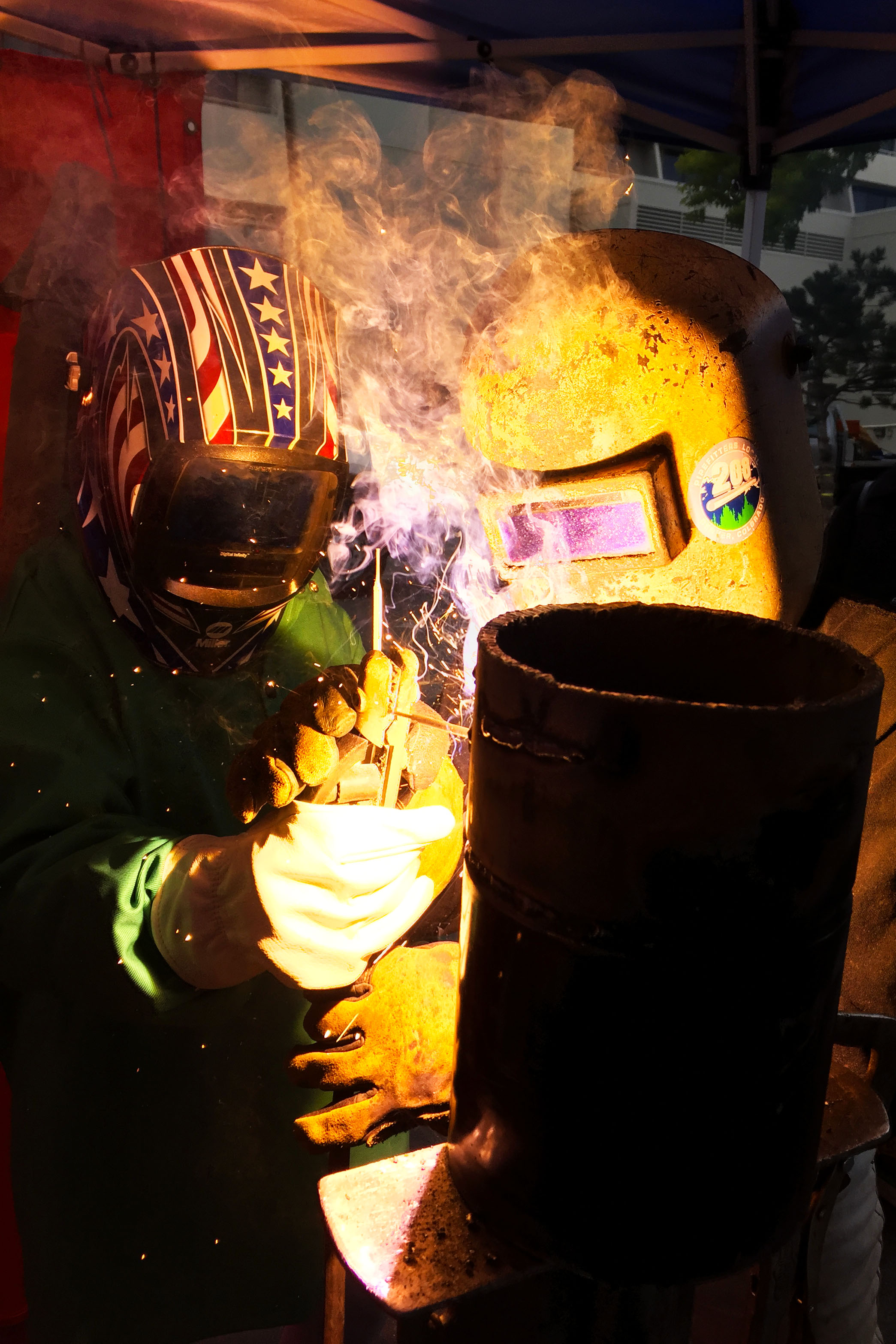 Rachel Harder, a quality control inspector for RTD, said she's currently the only woman in her department. Her feelings about being the only woman change depending on the day.

“It's always hard going into a new shop because nobody is going to give you the respect,” Harder said. “You gotta prove to them that you know as much if not more than they do about this."

About 38 percent of senior RTD employees are women.

Hayes said the initiative has seen results. At a career event last year, she asked the girls whether they had ever considered a job in transportation or construction. Positive answers went up 21 percent from the beginning to the end of the event.

Hayes also asks young women what they want to be when they grow up. She’s not disappointed if a girl answers "a hairdresser," but she wants them to know all the options are open to them first.

"If they are so excited about doing [hairdressing], that's fantastic. I support them one thousand percent,” Hayes said. “If it’s the only thing they've seen a woman do, then I'm not as excited. They need to have hundreds of careers to pick from instead of a handful."

"Having her have the opportunity to be able to experience the stuff you never think about getting to do,” Cindy Jeannelle said. “She just got to weld. I don't know she would ever have that thought of trying to do that outside of this."

Jessica Varney is 19 years old and already a pipefitting apprentice with Denver Pipefitters. By the time she is 23, she will be a journeyman. That means she will be a highly experienced worker and get a significant pay raise at $40 an hour.

"To me, that's pretty awesome considering I'm a woman in this field that is mostly dominated by men," Varney said.

Varney hasn't always been interested in construction. But when she was a sophomore, she wanted to take a cooking class only to find it was full. Varney ended up in welding.

"I like how straightforward it is,” Varney said. "I like being able to work with my hands. I like knowing that I can change something within a few seconds of me doing it, the feeling of the gun in my hand. It's very therapeutic to me."

Varney worked alongside a fellow young welder, Victoria Crowley, who also took welding in high school and now studies engineering at the University of Colorado in Colorado Springs. Both see their involvement in the career fair as their duty to help other girls.

"I think it's really important to get more women into this industry because of the finer motor skills we have,” Varney said. “Some women still think they can't do it because it's male-dominated. I love these kinds of events because girls really get to see that they can do it and there are other girls doing it. It’s not just dudes."