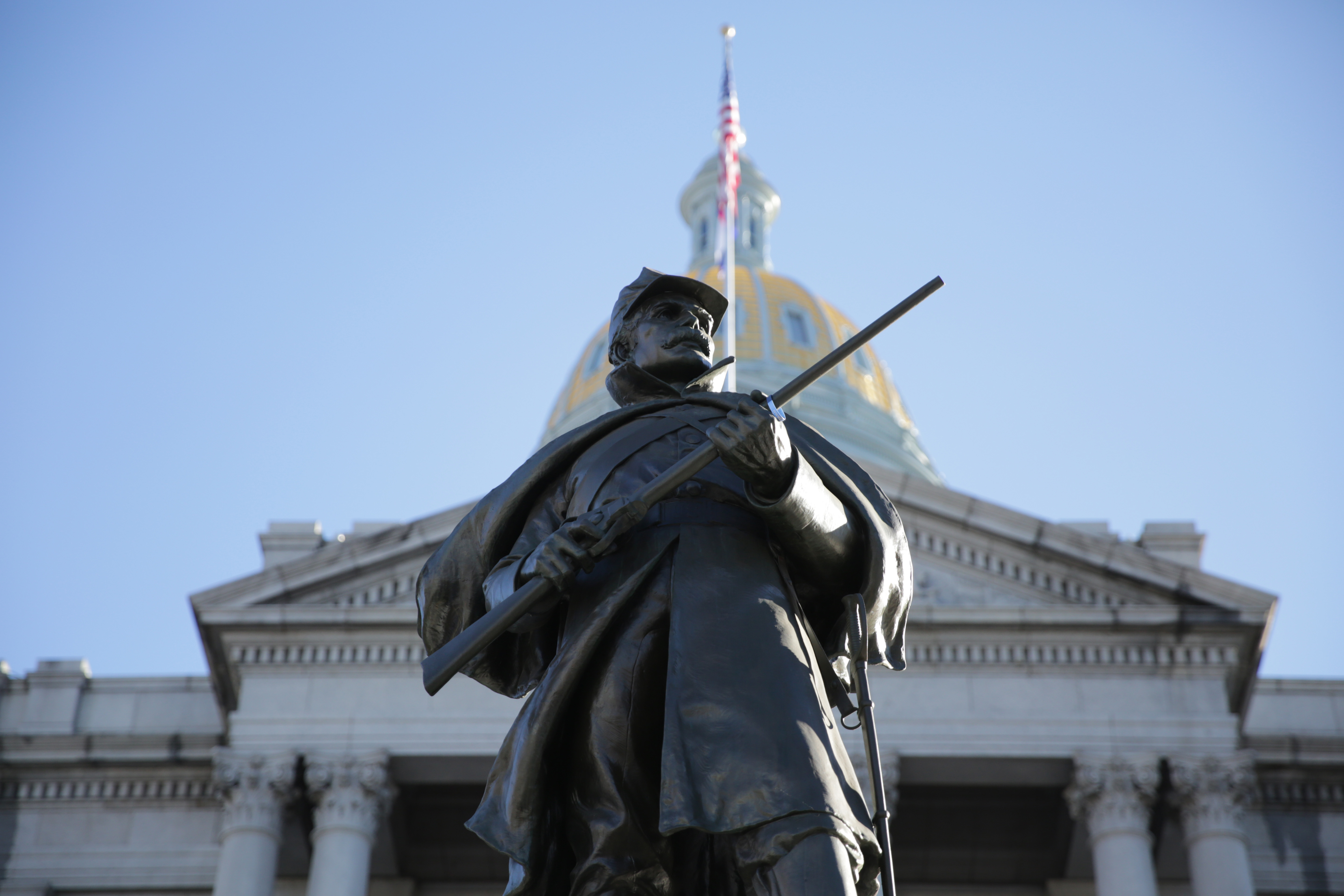 (Hart Van Denburg/CPR News) When governor-elect Jared Polis is sworn in early next year, he'll be entering a capital completely controlled by members of his own party. After Tuesday, Democrats hold both the state House and Senate for the first time in four years.

This clean sweep presents both opportunities and challenges for the incoming governor. Democratic control should make it easier for him to advance his own legislative priorities. But he also faces the possibility of having to veto Democratic-backed legislation he disagrees with, setting up an intra-party fight.

The last time Democrats won all the levers of power, in 2012, they passed a slate of gun control measures in response to the Sandy Hook Massacre and the Aurora movie theater shooting. In response, voters recalled two Senators and handed the chamber to Republicans in the next election.

Speaking to reporters Tuesday night, Governor Hickenlooper said his party will have to tread lightly in its new role.

"There is a temptation whether it’s either party, if you get both houses and the governorship, to try and move faster than what public sentiment would dictate. And you don’t ever want to get ahead of public sentiment or else it catches up to you. "

In the Senate, Democrats won all five of the races critical to control of the chamber -- unseating two Republican incumbents and successfully defending three swing seats from challengers.

Those five victories flip the balance of power in the state Senate from 18-16 in favor of Republicans (with one unaffiliated member), to 19-16 Democratic control.

With the exception of Donovan's seat, all of those districts are in Denver's western and northern suburbs, which have long been considered one of the swingiest parts of the state, and in recent elections have appeared to now be trending increasingly blue.

One marker of how hotly contested these races were is how much money they attracted; spending on several of the races topped a half a million dollars. Democratic candidates held wide fundraising advantages over their Republican opponents. However, outside groups were also extremely active on both sides.

In a year when female voters were expected to show their strength, Democrats made much of the fact that all of their candidates for those seats were women. The group sometimes referred to themselves on Twitter as the #FabFive. Republicans did have female candidates in two of the races. However, they generally took a different approach to identity. In Westminster, the race between incumbent Beth Martinez Humenik and Faith Winter put the spotlight on the capital’s #MeToo scandals of the prior year, controversies in which the women played very different roles.

In the House, Democrats went into this election with a 7-seat advantage. There the question was whether they would expand that majority, or if Republicans could whittle it down.

In the end, voters re-elected every Democratic incumbent, and gave the party three more seats, all in the Denver suburbs. It's unclear what the party's eventual margin will be in the chamber, with four races still too close to call on election night.

In a year when gun policies were much in the news, but not on the ballot, the issue did shape one House race. In the southern suburbs, Republican representative Cole Wist lost his seat to Democrat Tom Sullivan. Wist aroused the anger of many in his caucus, and powerful outside groups, when he co-sponsored a bill to allow judges to remove guns from people deemed to be a danger to themselves or other. The "red flag bill" was inspired by a deadly incident in Wist's district last New Years Eve, when a man lured law enforcement to his apartment and opened fire, killing a deputy. Wist's defeat may have been a vindication for the gun rights supporters angered by his bill. But their unlikely to find much to support in the man who will take his seat. Sullivan lost his son in the Aurora Theater shooting and has since become a noted gun control activist.

Among the races that are still too close to call, one likely to be watched closely, for symbolic if not political reasons. In HD-27 Democrat Brianna Titone is running to be the first transgender member of the state legislature. The Arvada district was left open when Republican Lang Sias joined Walker Stapleton's ticket as Lt. Governor. As of early Wednesday morning, Titone trailed Republican Vicki Pyne by exactly 200 votes.

Donate!
CPR thanks our sponsors.Become a sponsor

The novel coronavirus disease continues to affect Colorado families, travelers, businesses, and schools. CPR News is committed to give you the latest, unbiased, fact-based information on the radio and online.

Because of the numerous cancellations of events in our area, we have temporarily suspended our events calendar. If you have questions about a particular event, please check directly with the venue.

Starting March 23, CPR News will air "The National Conversation With All Things Considered" at 7 p.m. each weeknight. This will be a live national conversation focused on the global coronavirus crisis. "Colorado Matters" moves to 8 p.m. and "Fresh Air" moves to 9 p.m..