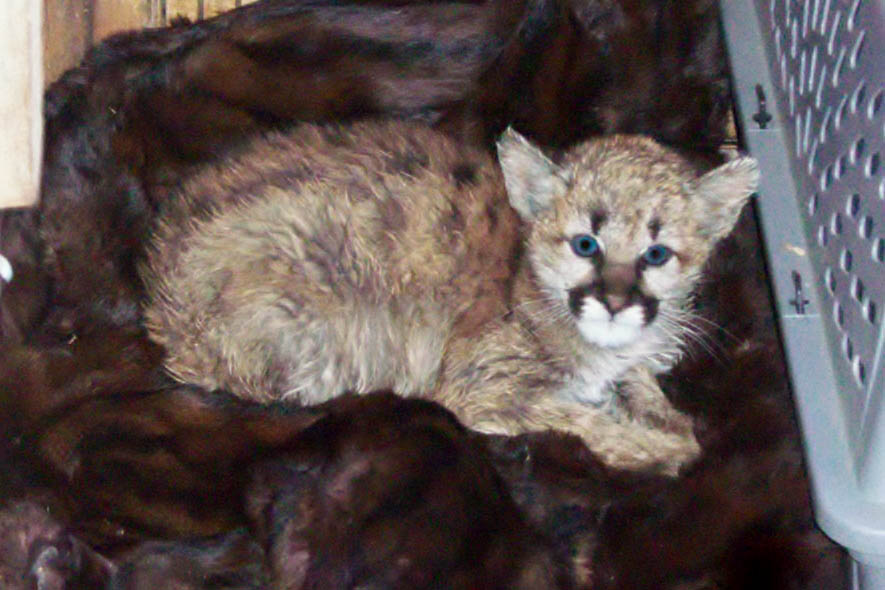 Wildlife officials who seized a mountain lion kitten from a southern Colorado home say the feline fell ill after the residents fed it bratwurst.

Travis Sauder with Colorado Parks and Wildlife says the kitten appeared to be in good health otherwise and was sent to a wildlife rehabilitation center Tuesday.

The Walsenburg residents posted photos on social media Monday showing the kitten in a cage and describing how they found it in a snowbank after a snowplow passed by. They also said they were allowing it to "thaw out."

“Wild animals do not need to ‘thaw out’ because they are equipped by nature to survive cold and snow,” Sauder said. “When we do have orphaned wildlife, it's important we get them to licensed rehabilitators who specialize in raising these wild animals, who know what to feed them and how to care for them so we can successfully release them back into the wild once they mature.”

The kitten, which is only a few months old, was kept too long to be returned to the area to be reunited with its mother.