Colorado is a kind of heaven for fly-fishing. Pristine mountain lakes and miles of rivers and streams are stocked with fish. It’s easy to picture fishermen in their waders, snapping a line to and fro.

If Kaitlin Boyer has her way, when you think about that scene, it’s not just men on the water.

On a recent morning, after a quick drive up the Pikes Peak highway, Boyer, a certified fly-fishing guide, led her client — also a woman — to the perfect fishing spot on a bank of the South Catamount Reservoir.

For Boyer, standing on this reservoir with the rugged west side of Pikes Peak in the background and the gentle sound of flies buzzing and fly rods swishing, it’s another day on the job. But she knows that being a woman sets her apart.

“Women are getting so into fly-fishing. It’s the fastest growing demographic in the sport, that there’s just not enough female guides to accommodate them,” Boyer said. “Just in this region, there’s only a handful of female guides.”

Boyer’s client that day on the river, Lauren McKenzie, is one of several women who’ve told Boyer they prefer to learn from other women. In fact, McKenzie says she wouldn’t have booked this tour with a male guide.

And yet, when Boyer got her fly-fishing certification at Colorado Mountain College in Leadville in 2017, she was the only woman in the class. And the following year, again the class had just one woman, Robin Schmidt.

“If I were to change anything about the program, that was it,” Schmidt said. “That I wouldn’t be the only woman in the program. I mean, it was a little lonely.”

Boyer and Schmidt bonded over that loneliness. When Schmidt was enrolled in spring 2018, Boyer visited her during the intensive six-week program, where students learn everything from reading the water, to identifying insects, to running a guiding business.

“We’d go out to dinner and talk and she just kept saying, there has to be something we can do to get more women in this program,” Boyer said. “And she would not let that go.”

Ultimately, they decided to create a scholarship for other women fly-fishing guides. They started fundraising and worked with the college staff. Orvis, who recently launched an initiative aimed to get more women on the water, donated two packages of gear each worth $2,300.

Schmidt credits not only Boyer but women at the college and in the industry for the way that they came together to make this happen.

“It’s just been an amazing story of women supporting women,” she said. 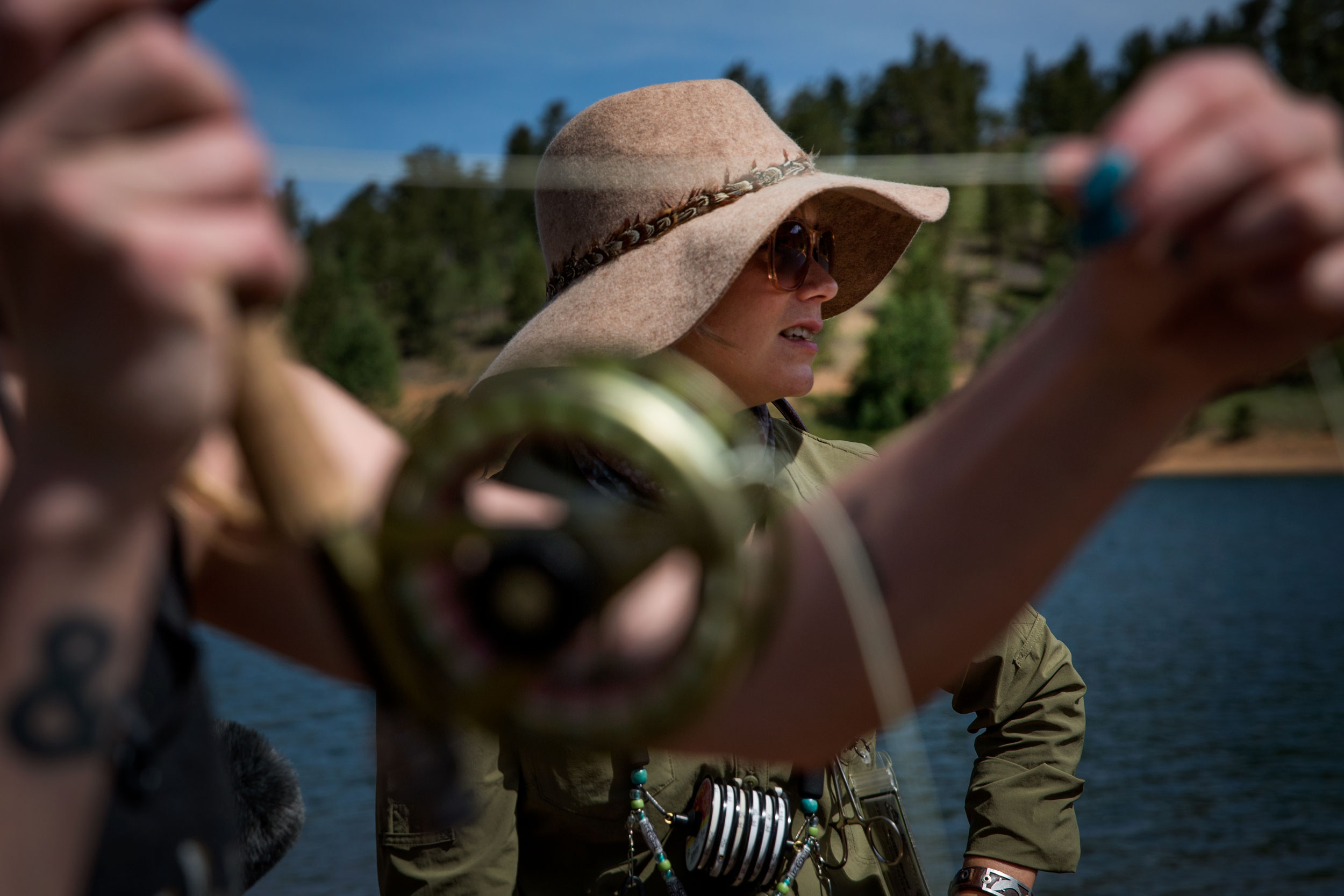 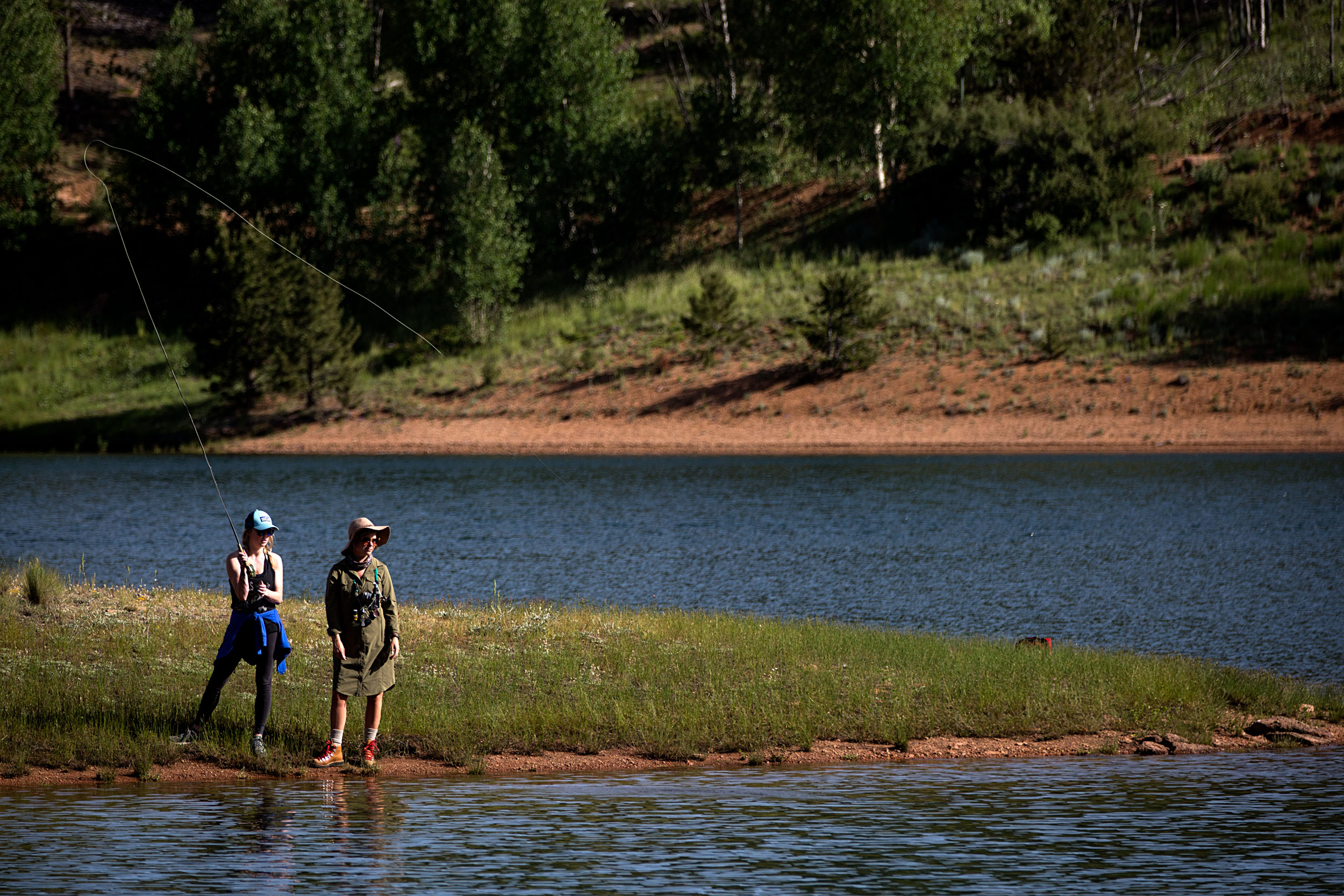 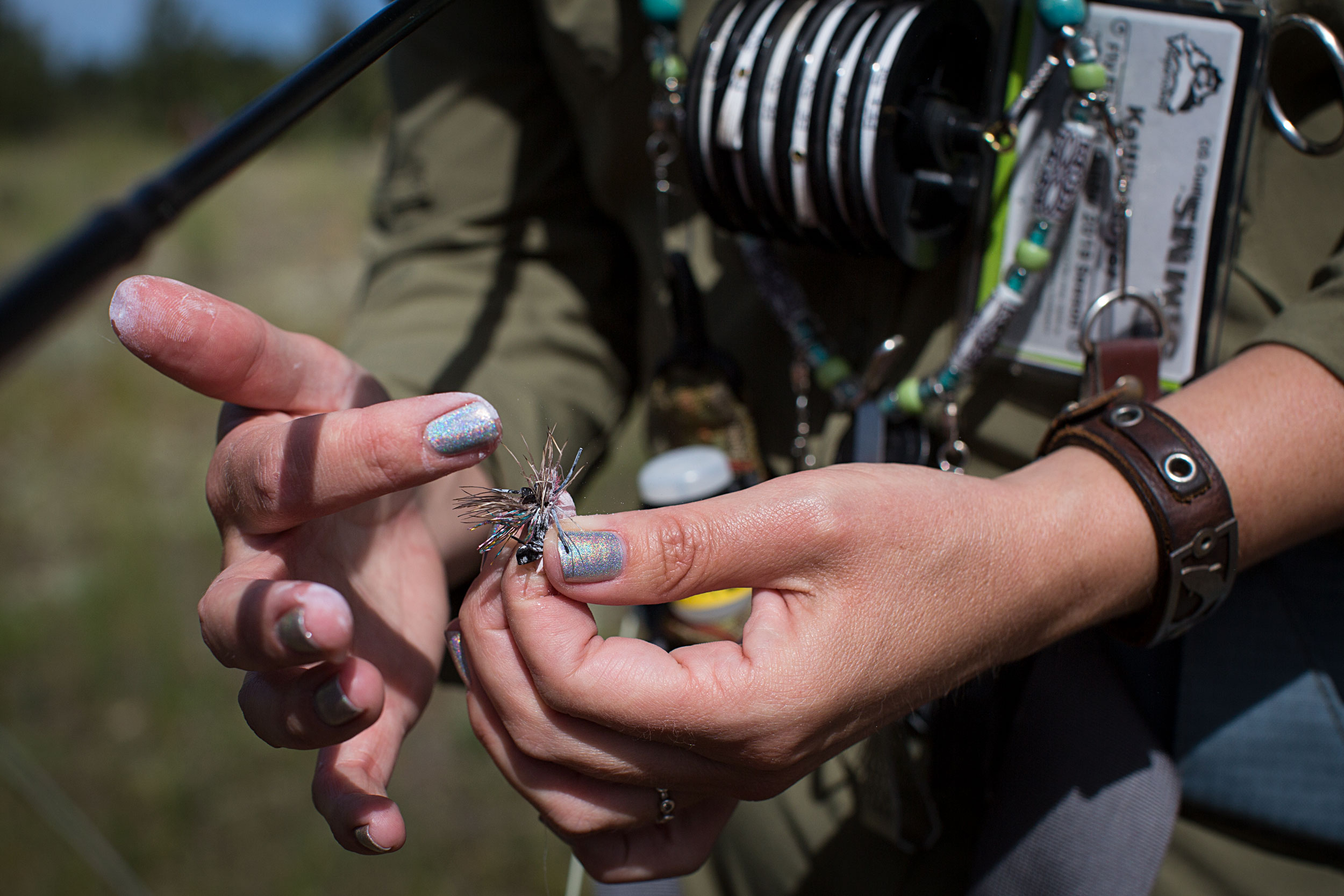 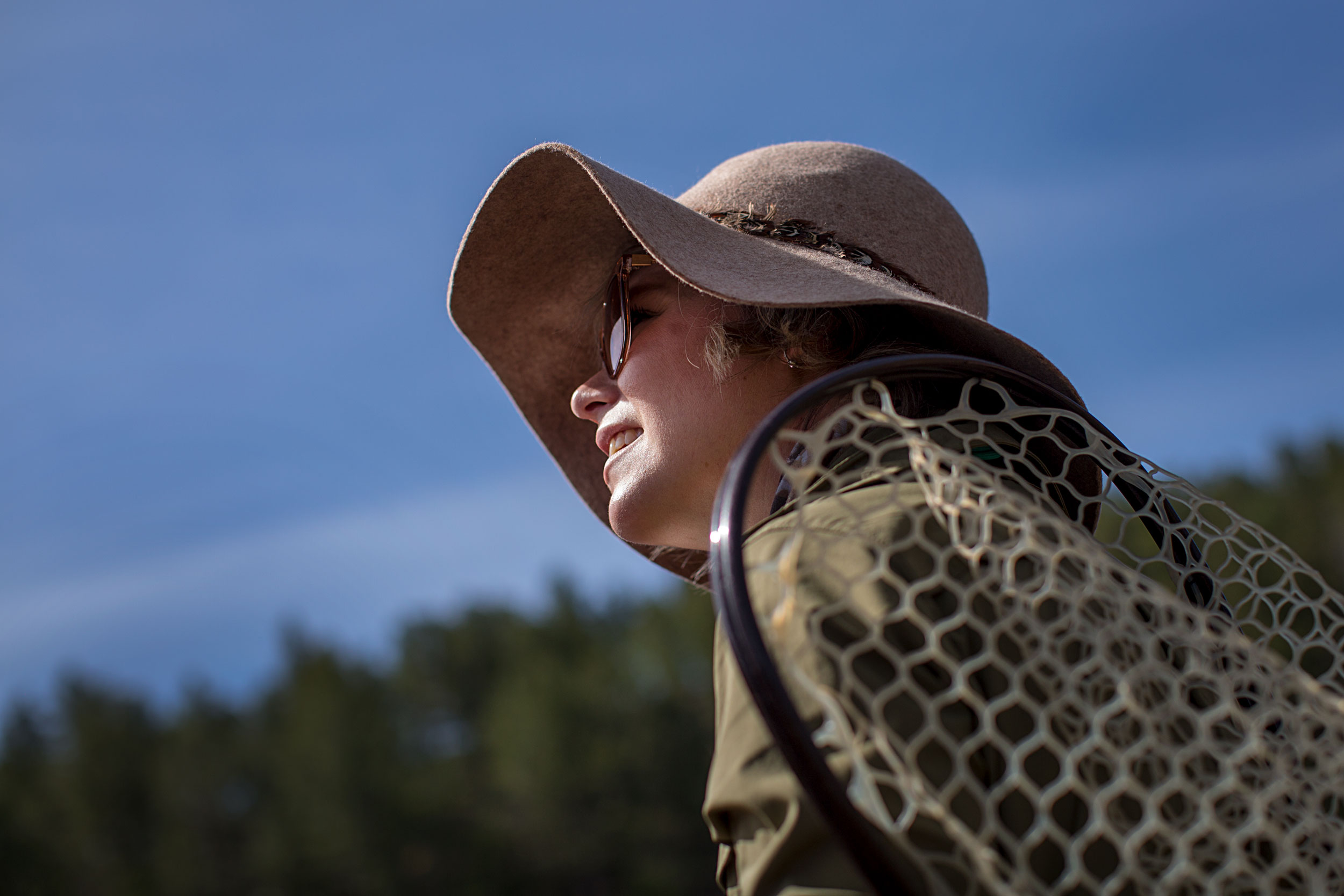 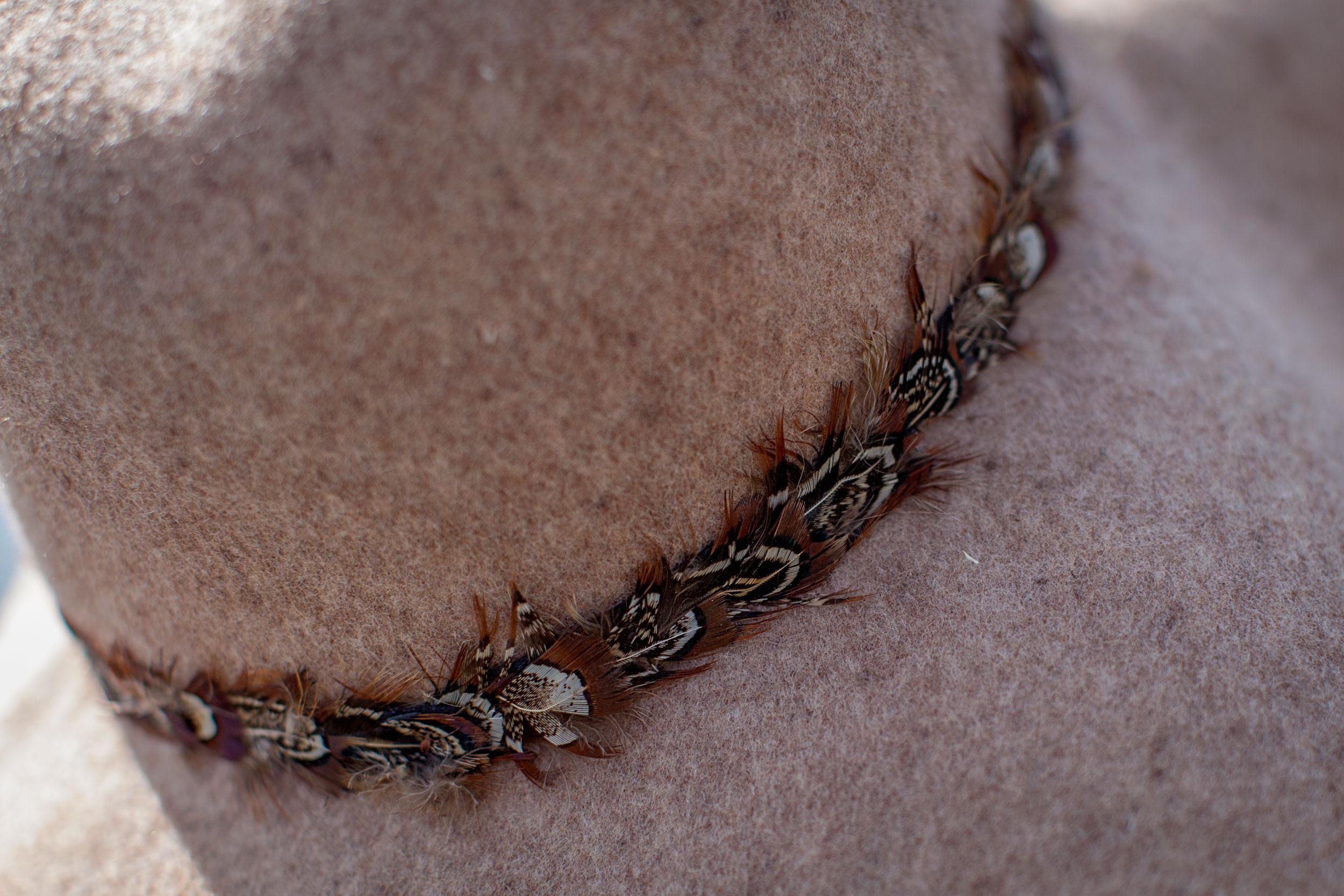 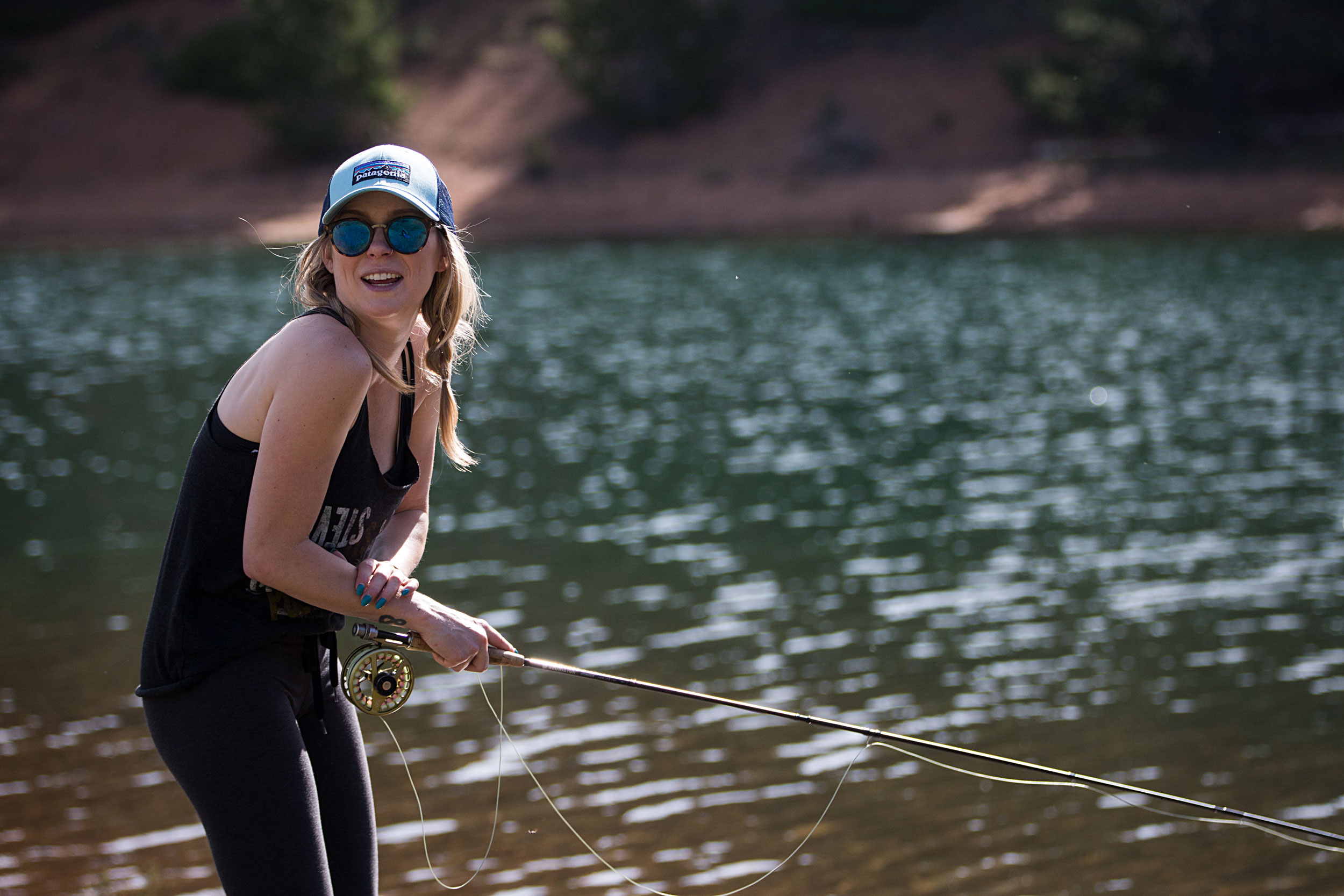 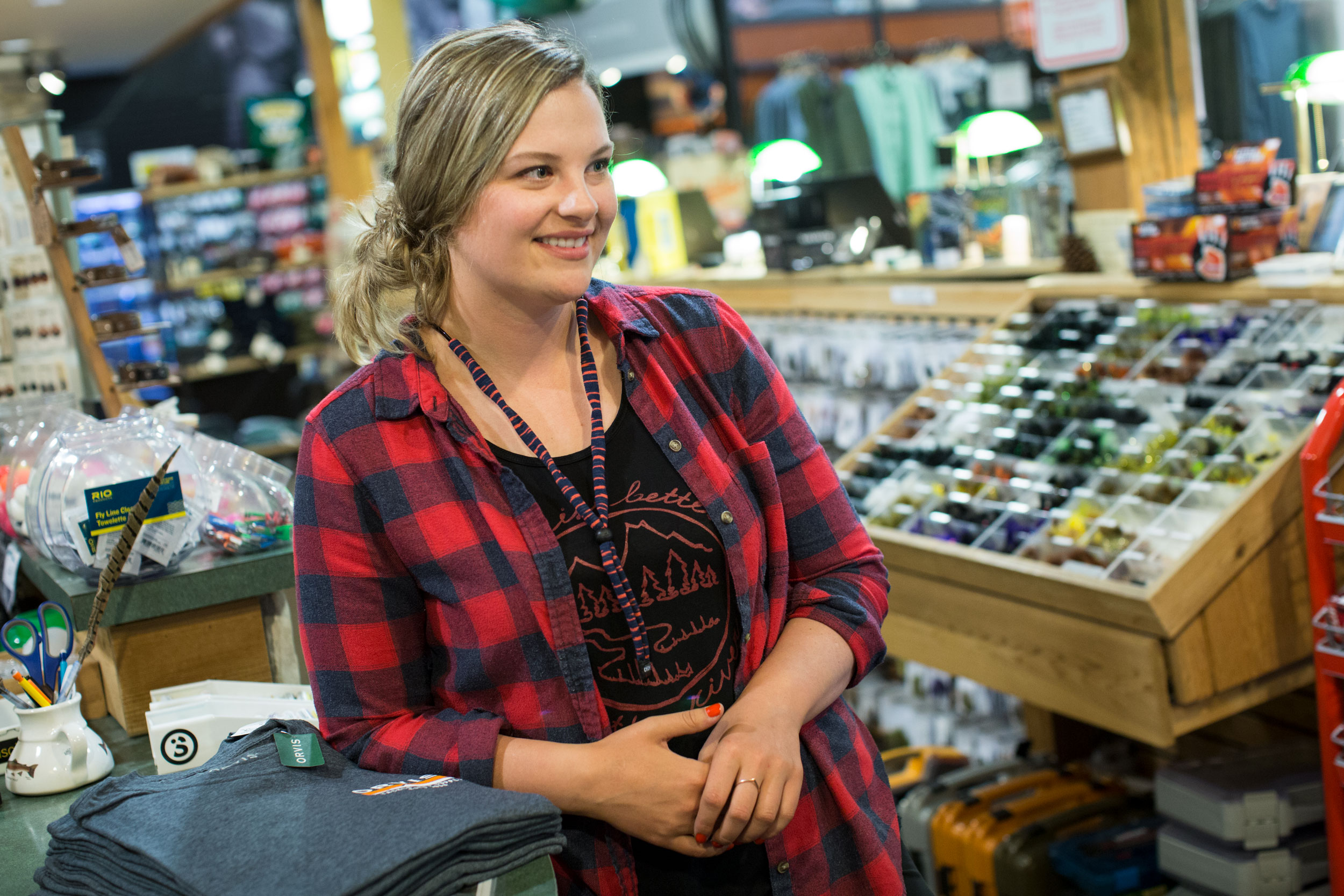 Hart Van Denburg/CPR NewsRachel Leinweber is the general manager at Angler's Covey in Colorado Springs. She's also a guide, and welcomes any opportunity to introduce women to flyshing.

Rachel Pokrandt, the vice president and campus dean of Colorado Mountain College for the Leadville and Chaffee County campuses, said the fly-fishing program is increasingly getting into the hearts and minds of women. She chalks that up in part to the college’s marketing, which tries to attract women to some traditionally male-dominated career paths, particularly in the outdoor programs. But Pokrandt is also proud of Boyer’s and Schmidt’s efforts.

“We’ve just been amazed at the energy they’ve put into their goal of really getting more women into our program and into the fly-fishing profession,” she said. “They’ve done incredible things for us.”

So far, the efforts have paid off. Three women received scholarship packages this spring. Mark Cole, the teacher who helped create the guide program in Leadville in 2007, says the entry-level class that he teaches generally has one, maybe two, women each year.

Schmidt said that when she heard about that stark reversal in numbers, she just laughed — happy that the scholarship worked exactly the way she and Boyer had intended. But recipient Sonja Villalobos had a different reaction when she got the email about being awarded half of her tuition and all of her housing costs.

“I read it and I was sitting at my desk just like bawling. And my son’s like, ‘What’s wrong?’ I was like, ‘I got a scholarship,’ ” she said.

The dynamic of this year’s program was completely changed, according to Cole.

For student Cookie Hooper, who was awarded one of the gear packages from Orvis, the feeling was mutual.

“It was fantastic having so many women around. We had great friendships. Camaraderie. I could not imagine being the only woman in the whole session,” she said.

And thanks to Boyer and Schmidt, she didn’t have to. The two are already organizing and raising funds for next year’s scholarships. And the more women certified to guide, the more it propels the sport for women. That’s how Schmidt sees it.

That increase has vendors and manufacturers taking note.

Rachel Leinweber is general manager of Angler’s Covey in Colorado Springs, the shop that Boyer works out of. She’s a guide too and has been fishing her whole life. She says the gear is finally being made for women.

“Coming out in fall, we have our first wader with a zipper. With men, men have had that for so long, so where are they can easily relieve themselves,” Leinweber said. “So they’re finally putting dollars and budgets and marketing towards women and creating more equal options for us.”

But Leinweber admits that there’s still a ways to go before women are seen as fly-fishing equals.

“I was floating the Yampa with one of my reps not very long ago, and I went into their local shop just to see. They got quiet, stopped talking and just stared at me as I was in there. And then one of them was like, ‘Hey, have you been fly-fishing before?’ And just assumed I didn’t know anything,” she said. “We do still have an uphill battle.”

Boyer has had similar experiences. Some clients can’t see past the fact that she is a woman. Like the time a man found out that he was paired with her and tried to back out of the tour. Boyer convinced him to give it a chance.

“You know, I took him out and when I was doing my demo, I caught a really nice fish on my first cast and net it and showed it to him, and he was like, ‘Oh, well if we’re catching fish like that all day, then I’m gonna be happy.’ And I’m like, ‘Yeah, you will be happy,’ ” Boyer said.

Boyer finds her own happiness on the water.

“It’s just like this lovely game of tug of war,” she said. “There’s nothing quite like having a bite and fighting a fish and landing it. You just, you want to do it again and again and again.”

Back on the South Catamount Reservoir, Boyer showed her client, Lauren McKenzie, exactly what it feels like to make a perfect cast and reel in a fighting, flapping trout. When the line went taut with her catch, McKenzie pulled the rod back, slowly stepped away from the water and started to draw in her line so that Boyer can ease a net under the fish. Boyer carefully unhooked the trout so that McKenzie can release her catch.

“In seven years I’ve lived in Colorado doing regular conventional fishing, I don’t think I ever caught a fish — so that might be my first Colorado fish ever,” McKenzie said. “Now I’m hooked.”

Now she’s also in the market for some used gear, and is making plans to go back out with Boyer this season.